Dell toughens up, applies pressure to other tough notebook computers 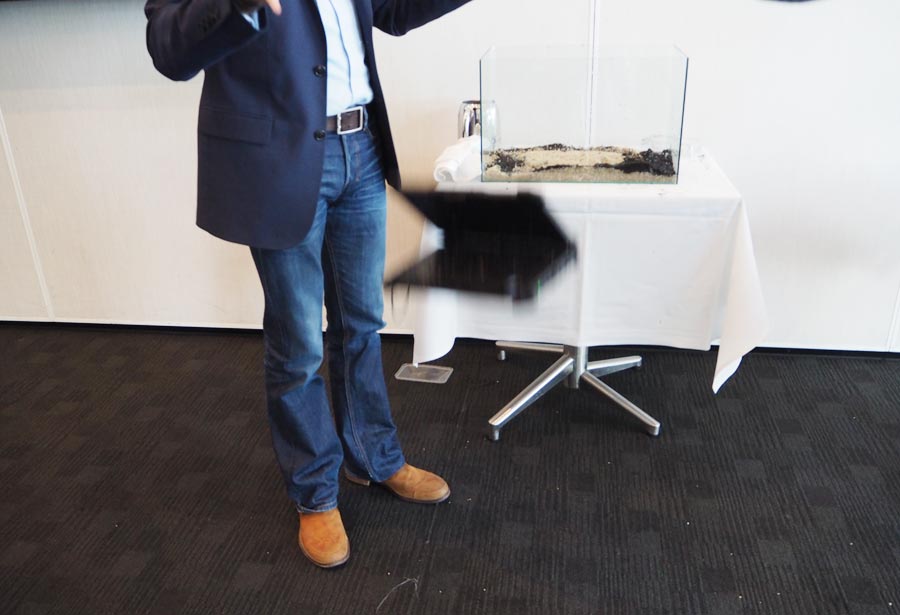 For years, Panasonic has held the benchmark in regards to rugged computers, but that looks set to change, with Dell announcing new laptops that can be dropped not just from waist level, but also a few stories up.

Built for people that know they put their laptops through some serious suffering, Dell’s latest entrants in the Latitude series aren’t your typical computers.

Oh sure, they’re based on a template set out by Dell’s other typical computers, complete with Intel Core processors, touchscreens, solid-state storage, and Windows 8, but the Latitude 12 and 14 Rugged Extreme are different because of that whole “Rugged Extreme” part of their name.

That is to say they’re rugged, and really rugged at that.

“We want to make sure we’re bringing the best to the market,” said Umang Patel, Product Manager for Dell’s Rugged Mobility division. “Bottom line,” he adds, “these products are designed to be absolutely rugged.”

The ruggedness is something that needs to be emphasized, and these Latitude models look like the baby of something that the military have used, and remind us of the durable laptops we saw used on the TV show Stargate, with impact-resistant ultra polymers on the outside and a magnesium alloy chassis.

Tests for the rugged Latitude machines include drops of up to six feet, though they can be stored in ice and used in freezing temperatures, and having water spilled on them as well as dust and sand. And one video shows the notebooks can survive a drop of around three stories. From a building.

There are two models in the range, with a 12 inch sporting a similar design to last year’s XPS 12, complete with the 12 inch touchscreen that can be flipped from sitting inside the laptop to being on the outside and turning the laptop into a tablet.

Beyond this 12 inch screen is a fourth-generation Intel Core processor, up to 512GB storage, up to 16GB RAM, WiFi, front and rear cameras, USB 3 ports, up to 8.5 hours of battery life, and the ability to survive most of what you throw at it.

A 14 inch model is also being made, with similar specs but a bigger 14 inch screen and up to 14 hours of battery life.

Both laptops don’t have ordinary screens, either, with technology taken from that of cars. Called “Direct-View,” Dell tells us the screens can be read outdoors and in the open, making it less likely you’ll be squinting and running for shelter.

From our play with the rugged Dell laptops, the keyboard also hasn’t been compromised, skipping over the rubber keys you get on some laptops and fitting the machine with a proper typing experience.

We’ve made mention in the past that Panasonic’s Toughbooks could be the option for people who are clumsy, but with the price Dell has applied to these newbies, you’ll want a really good reason to invest.

As such, businesses who need the most rugged computers imaginable probably won’t balk at the starting price of $4999, but regular ol’ you and I just might.

The Dell Latitude Rugged Extreme 12 and 14 inch laptops will be available from May.