Demystifying the tech behind the LG 2020 TV range 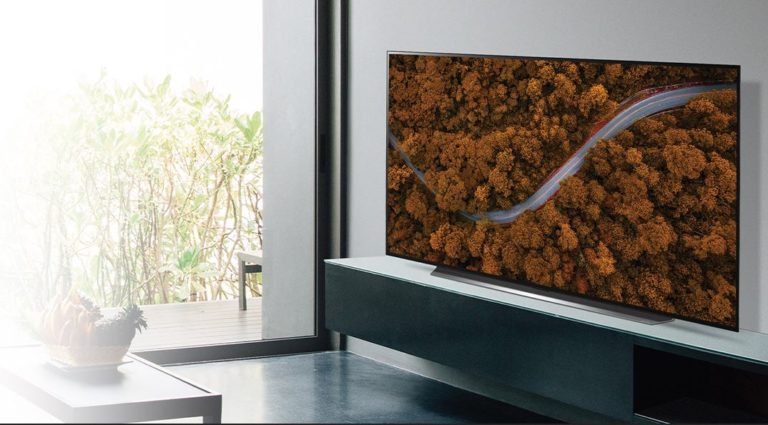 There is a lot of tech behind the LG 2020 TV range. Rather than take it at face value lets explore what it means.

LG is one of the more conservative TV makers when it comes to using marketing jargon. So, we have a look at the tech and jargon behind its impressive LG 2020 TV range (GadgetGuy’s announcement and pricing here).

OLED produces the best picture – bar none! The secret is that each Pixel is self-emitting (lights on/off or dimmed). When a pixel is off it is 100% black hence contrast ratios (the difference between 100% black and 100% white) is infinite ∞:1.

OLED has one drawback – called ‘washout’

It can occur when viewed in brightly light rooms. But even that has mostly been solved by Dolby Vision IQ and later technology reflectivity filters (over the OLED panel).

Having said that most rooms have reasonable light control (curtains/blinds) and frankly even the 2019 models from LG and Sony were still superior to LCD in typical ambient light conditions.

Some also say that OLED can suffer burn-in – the same image is on the screen for some time. Technically – yes. Practically – NO. These days OLED screen have screen savers so that is less of an issue.

The LG OLED panels typically have a colour gamut of 95% DCI-P3 (movies) which is 69% Rec.2020 although there is a built-in pattern generator that can be used with X-Rite CalMAN calibration hardware to attain almost perfect results (98.68% DCI-P3).

Brightness’ numbers’ may not be what you expect when we talk about Dolby Vision later requiring 1000 nits or more. Typically, an OLED screen reaches HDR brightness of 725nits. But nits are measured as a percentage of the screen being 100% white. In small areas it reaches far higher.

SDR brightness is lower – around 335 nits. It does not require any more as there is no need to bring the extra definition or colours out.

And because OLED has 100% black and therefore uniform all over the screen it does not need as high a nits rating as LED/LCD and Quantum Dot.

or buy a NanoCell (Quantum Dot) TV instead

Quantum Dots are different sized nanoparticles that when hit by LED light emit a brilliant single colour. The theory is that QD gives brighter and more saturated colour than OLED. LG calls it ‘real colours’, and we would prefer to say QD colours tend to pop – oversaturated – but that is what sells.

But you have different lighting. LED/LCD requires a back-light where OLED is self-emitting.

No manufacturer is happy to reveal that the number of zones and some obscure the back-light type.

While all Dolby Atmos TVs need to achieve 1000 nits the difference is how long it can sustain that level (in bright scenes).

Typically LG NanoCell FALD panels achieve up to 800nits, 2400:1 contrast, around 88% DCI-P3 (65% Rec 2020) and response times of 14ms, input lag of around 14ms and otherwise share most of the OLED features. But critically it can achieve the 1000 nits in small areas of the screen as required by Dolby Vision certification.

All 4K and 8K TVs have upscaling. Using an algorithm (all manufacturers develop their own) they take 720p (HD), 1080p (FHD) and other signals and upscale to 4 or 8K. Here the processing power is key.

For 1080p most simply insert four of the same pixels around the one original Pixel expanding it four times to 4K. This is interpolation and has the lowest optical resolution and clarity. BTW 720p inserts twelve pixels so it looks even worse.

Some TVs add smoothing (bicubic looks at neighbouring 8+8 pixels) and sharpening (bilinear looks at nearest 1+1 – above and below). It is still interpolation to give its best estimate of what should be there.

Others with the horse-power analyse the entire frame and may insert the best estimation of what the pixels should be.

Now if we add to that the issues of motion control (Tue Motion and BFI) upscaling becomes hugely complex. Done badly it can soften an image or lose definition.

LG uses multi-step upscaling algorithms as well as RGBW (red, green, blue and white pixels) on 4K and 8K OLED and it is probably the best I have seen. I have not seen it on NanoCell yet.

LG OLED gives the widest ‘pure’ off-angle viewing to about 130° where colours will still be relatively true.

I have not seen the NanoCell yet, but I expect that it (like most Quantum Dot) will use a Fresnel lens filter to bend the light for off-angle viewing. While it works, colours become more washed-out and brightness reduces as you move closer to the 130° axis.

Reflections can be an issue as well. The LG OLED screen filter is outstanding cutting up to 98.6% of reflection.

Dolby Vision IQ combines the dynamic Dolby Vision metadata with a light sensor to adjust ‘blackness’ levels. It is an attempt to get over OLED ‘washout’ in too lighter rooms, and it works well for HDR content. It makes no difference to standard definition content.

A Dolby Vision certified TV means it has

But don’t think that just because a TV supports it, they are the same – they are not. Only OLED can give Pixel Level diming. LG also can use the dynamic metadata to adjust on a frame-by-frame basis. Many Dolby Vision TVs are scene-by-screen.

Let’s face it – if you want Dolby Vision that means a premium TV and Dolby Atmos – you need to invest in a premium sound system as well.

Atmos is a surround sound system that adds extra height via either in-ceiling or upwards firing speakers. It allows up to 128 audio feeds to move around the soundscape.

A TV may claim Dolby Atmos, but all that means is that it can downmix the Atmos signal to suit its speakers (let’s say 2.1) or it can pass through the metadata to a proper Dolby Atmos soundbar or AV receiver.

Currently no 4K TV has a true Dolby Atmos speaker system so passes through the Dolby Atmos signal for content received via streaming services and eventually using HLG over free to air.

You can connect many of the 4K Blue-ray players, an NVIDIA Shield TV box, newer gaming consoles and more to Dolby Atmos soundbar and Dolby Vision TV.

Which is a good segue into HDMI

GadgetGuy wrote a tutorial here on HDMI standards that explains everything. Basically, for Dolby Vision and Atmos in 4K then you need HDMI 2.0 or higher. For 8K TV you need 2.1. Simply put the later standards can transmit more data.

But if you want a Dolby Vision or Atmos system then you must use the proper rated cables or all you will see is standard definition (SDR) instead.

Again, this is about bandwidth. eARC is 37Mbps and that is necessary to transmit full Dolby Atmos 7.1.4 in high-res sound (24-bit/192kHz) and DTS:X. If you don’t have eARC, then Dolby Atmos is parsed over PCM (Dolby Digital Plus).

If the TV supports CEC, (consumer electronic control) you can generally use the same controller for TV and Blu-ray.

Baked into the Alpha 9 Gen 3 processor is a wealth of data collected from years of viewing content and analysing sounds that enables the TV to adjust the picture and sound ‘genres’. For example, if the image has a lot of grass its invariably sports, dark scenes/music background are invariably movies etc.

The Alpha 7 Gen 3 has a more limited set of AI.

You may have heard that motion smoothing can induce the ‘soap-opera effect’ on movies. FILMMAKER mode turns off this for a better movie experience. The opposite of that is motion smoothing that is important for fast-moving games and sports.

A TV panels native refresh rate is 50/60Hz (times a second). Most video content is at 24 frames per second. There are two ways to do motion smoothing.

The first is the easiest and cheapest – simply to insert a black frame (Black Frame Insertion) between each frame effectively ‘doubling’ the 24fps to 50Hz.

The second is to have enough processing power to insert the same or very similar image between frames. This is what LG does. It has TruMotion 200 that inserts eight estimated frames. Most of the time, it enhances the movement.

Also is a good array of digital TV channels and catch up in the LG Content Store. It has 256 in the entertainment category, 167 in games, 69 in Life, 33 in news/info and 13 in education.

The App store may not be as comprehensive as Android TV OS, but it is not wanting.

This adds a content row above some app icons in the bottom menu. If you move the cursor to Netflix, a content row will appear above to give you recommendations and let you continue watching whatever you are currently watching. It is a neat feature that can be useful, but only a few content partners support it at launch (we spotted Netflix, YouTube, and LG’s apps)

I am not a gamer, so I will take this at face value.

Gamers want low latency. The OLED panel has a 100% screen response time of 2.4ms – impossibly low. Assuming a games console or PC connects via HDMI, it will be faster than even games monitors.

It is NVIDIA G-SYNC certified for use with variable refresh rate NVIDIA G-Sync graphics cards.

Most models have 4x HDMI 2.1b ports that are backwards compatible.

All have Wi-Fi AC, dual-band and at last BT 4.2 for the remote and external speakers.

All have 3.5mm out, Ethernet, Digital Optical out and some USB-A 2.0 ports.

Most retailers can arrange home delivery and installation for a reasonable cost. LG is looking to provide this free (including wall mounting) in limited capital cites for its 75+” models.

If you want the best buy OLED. If you want to save a few dollars by NanoCell and you will be happy.

But both these are so far ahead of standard LED/LCD TVs that it is worth the stretch.