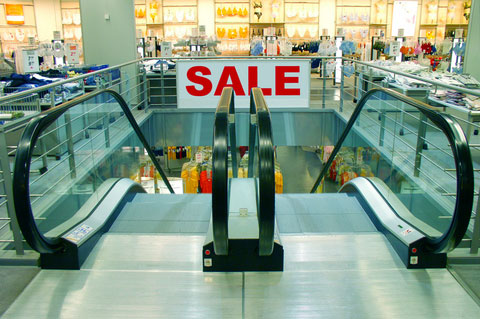 Local places to buy electronics have just reduced in number, as Dick Smith confirms that it is closing down, putting roughly 3000 staff out of work.

Sad news if you’re a frequent customer of a Dick Smith store or someone who works there, with reports this weekthat the nearly 50 year old electronic business was shutting up shop after failing to secure a buyer for the company.

According to Fairfax, this will mean the end of 301 stores in Australia and a further 62 in New Zealand, with staff members beginning to look for work when these all close within the next eight weeks.

Shoppers shouldn’t feel too much of a burn, mind you, as there are obviously still the other majors in Australia, with JB HiFi and Harvey Norman expected to step up and fill the void, if they haven’t already.

But some companies did rely on Dick Smith for specific retail partners, and that may pose a problem for buying their respective products.

One such company, Oppo, told GadgetGuy that it would look into new channels to reach customers beyond its established online presence.

“We’re obviously disappointed by the news that Dick Smith will be closing and in particular what this means for its staff,” said Michael Tran, Chief Marketing Officer at Oppo. “Oppo has enjoyed tremendous growth in Australia with demand for our products higher than ever.

“With an exciting pipeline of devices and innovative new technology being introduced we expect that demand to continue,” said Tran, adding that “like any ambitious brand we are constantly looking at new and different channels to reach our customers and expect to announce additional partnerships in the very near future.”

The closure is also likely to affect Dick Smith’s “Move” concept stores, which will no doubt affect exclusive products from other companies, with a few mobiles from Sony examples of such items.

Meanwhile, Amazon hasn’t yet provided a comment as to what the Dick Smith closures would do for customers looking for its Kindle eReader, though it did point out that the Amazon electronic book reader could also be found at Officeworks, Target, Big W, and Telstra stores.

As for the existing stock in Dick Smith stores, news is quickly spreading with Business Insider reporting that the company will be having a fire sale over the course of the next two months, with product savings expected to ignite as early as tomorrow.