Divorce Telstra – it’s not worth the pain any more 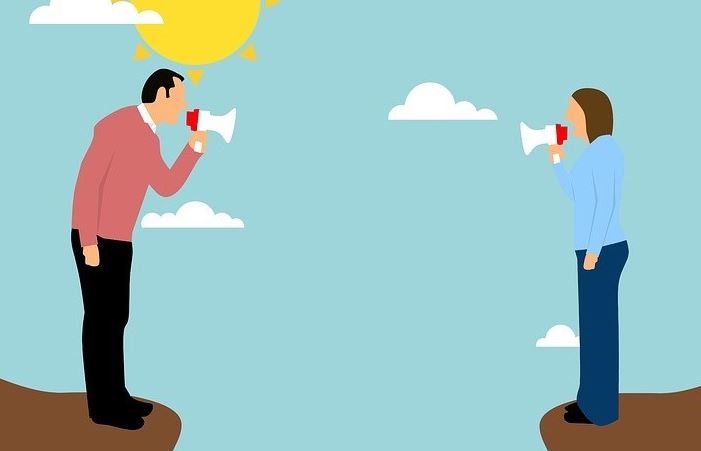 After 45 years of being faithful to Telstra, we just can’t talk to each other anymore. Telstra’s total inability to supply human call-centre service to a consumer is the very last straw in the divorce Telstra saga.

First, a little history. I have been wedded to Telstra for about 45 years. Right from the time, my phone transitioned from the Postmaster General to Telecom Australia. That was from one poorly run government service to well, another even more poorly run government service. Let’s not talk about the latter change to the highly incompetent and heartless Telstra – I don’t want to cause more shareholder hara-kiri than is necessary.

In 1979 I started a business and Telecom was the only option until Optus came in the 90s. Telstra then was not the business-grade service that I needed. I needed multiple, aggregated ISDN lines – ‘bandwidth’ to take advantage of the coming internet boom. In 1992, well ahead of the curve, I set up in-house email and internet servers for our growing business and clients.

Our needs were more than Telecom could provide. In the late 90s, we moved everything to the newly formed Brennan IT.

All of a sudden, we could harness the power of the internet, including SIP trunks (Telstra did not have a clue what these were). By early 2000 we had a nationwide network of voice and data using Brennan’s network. We even owned phone number blocks in each State and every call we made cost only a local call fee as it exited our network to join Telstra’s last mile.

In 2010 I sold my business interests and became, shudder, a consumer. In simple English, that means you go from having a dedicated Telstra business manager (who always wanted to play golf to win more business) to someone it could not give a crap about.

Why I must divorce Telstra

Telstra is a premium service – at least that is what it says it is. The fact is that it offers worse consumer service for higher prices relying on people like me to slavishly stick with what they know.

Well since NBN and the rise of MVNOs (Mobile Virtual Network Operators), to a consumer at least, Telstra is now nothing more than a commodity.

All is fine when everything works with Telstra. When it stops, there is very little a consumer can do. I won’t regale you with the issues over the last few years except to say that I have so many trials and tribulations with Telstra that I have no alternative but to divorce Telstra. Let’s just say that after the last episode Telstra had to refund me for two years of substandard internet service and pay the TIO fines for its inability to promptly action the well documented and reported issues.

Jump forward a few months, and everything was going well.

The internet speed was still variable, but at least it was more reliable. The cause – a Telstra routing issue that took two years to find and ten seconds to fix!

But without warning a few months ago my $99 monthly bundle increased to $139 for an unreliable FTTN service. I rang Telstra (13 20 00/13 22 00), and the Telstra recording told me that due to COVID, all communication was via Chat and an SMS link appeared on my phone. OK, I pressed the link, and nothing happened. There was no ‘expert’ waiting to resolve my issues.

Let’s just say that I tried every Telstra contact number that I could find. All resulted in an SMS link that did not work (turns out that the links are time-sensitive).

To cut a long story short one of the links finally worked and led to a frustrating SMS exchange with a faceless support person. They simply did not understand that my bill had increased without notice, and I wanted it fixed. Instead, I got a “How did we rate” so put one-star in. I repeated this three times before I gave up on Telstra Message.

Divorce Telstra – what are the alternatives?

If it is a smartphone, don’t go on a Telco plan. Buy a handset that you can afford and go to one of the better monthly billing MVNOs like Boost, Woolworths, Aldi or lately Aussie Broadband.

If it is the NBN internet, then you can choose from a truckload of CSPs (NBN Carriage Service Providers).

But most consumers simply go to the price comparison websites. They are ripped off by what makes these sites the best money – not what is the best CSP for you.

I looked at Whirlpool (a telco tech site) and found a few issues to be aware of. First, I wanted an Australian call centre with real people (not a virtual CSP that is totally online). Next, I wanted a CSP that ‘owns’ and can fix its network structure that it overlays on NBN (goes to reliability). Finally, after Telstra, I wanted good customer service from a company that cares. Whirlpool helped be narrow that down to Aussie Broadband.

GadgetGuy’s owners had had similar issues with Telstra, even as a business client.

In short, they looked around for a company that cares and signed up with Aussie Broadband.

So, I called Aussie Broadband and straight away got a real, local Aussie who wanted to help.

In a few minutes, I had decided to divorce Telstra and get engaged to Aussie. I say engaged because Aussie doesn’t have lock-in contracts and understands that it needs to perform to keep customers. Unlike Telstra, it knows that it costs less to keep a client than win a new one. No wonder it has a five-star rating to Telstra’s one.

I am about to crack a good bottle of Champagne to celebrate. After three years of customer abuse (actually ten years), I have no more ties to that hopeless organisation. I am still trying to get a refund via its pathetic messaging system.

You can read about other people’s Telstra pain at TrustPilot.

# Divorce Telstra – it is not worth the agony.