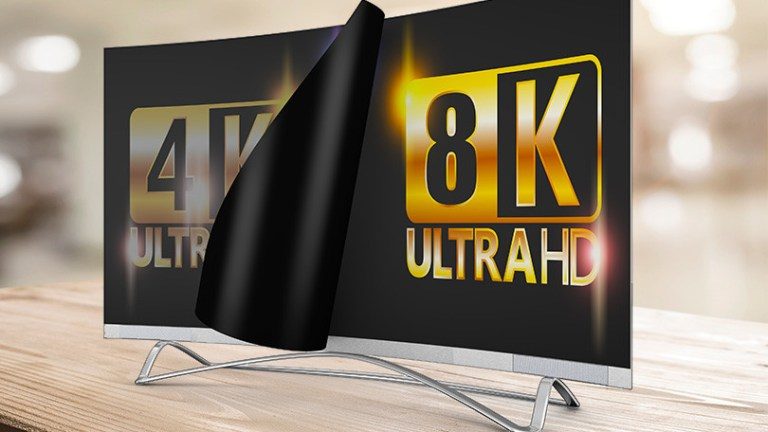 CES 2019 was awash with 8K TVs – the next attempt by TV makers to get you to open your wallet and throw away your not so old, perfectly good TV! What happened to TVs being a 10-year purchase?

It seems like only last year that 4K TVs started to gain traction. For the most part, that was due to nearly all TVs in stores being 4K and the gradually increasing content on 4K Blu-ray and streaming services like Netflix.

First, and most important, there are now several dozen 4K LCD TV’s less than $1,000.

These include brand names like Samsung, Sony, LG and Panasonic or 55” no-name brands from $500. If you are going to spend less get a brand name if only for warranty and support.

In fact, at the recent Consumer Electronics Show 2019 TCL, a substantial TV and TV panel maker said that 99% of TVs it sold were under US$2,000 – leaving a scant 1% in the premium category over $2,000. We suggest that TCL was convenient with its stats – most TVs sold are under A$1000!

Second, and far less important is that my JB Hi-Fi spies say no one comes in looking for an HD/FHD TV any more

4K is what everyone buys because that is what is in the store. They say there is no, repeat, no demand for HD or FHD, let alone 8K. Its more an issue of OLED if you can afford it, backlit Quantum Dot next, edge-lit LED/LCD for the bulk of sales. And, all TVs are smart these days.

According to HD report, there are around 600 4K Blu-ray titles currently (many are duplicated as special or commemorative, repackaged, re-releases) compared with a main-stream catalogue of over 20,000 FHD/DVD/Blu-ray titles – 4K is 3% of the catalogue. That does not include tens of thousands of non-mainstream distribution or country/language specific DVD/Blu-rays.

Netflix lists just over 500 TV series and movies (this has grown substantially from a low base in early 2018) from a catalogue of just under 15,000 titles. Most free-to-air content is HD (720p) with selected channels at FHD (1080p). Foxtel has one 4K channel for its IQ4 box.

8K take-up will be very much slower for several reasons.

Data stream – getting content to the set over the Internet

NBNs top tier is 100Mbps (Megabits), but you cannot sustain that. 8K streaming is not really achievable without huge buffering.

Upscaling is a vital feature of 4K and 8K TVs

Upscaling means adding an extra pixel around the original pixel to approximate a higher resolution image.

4K adds four extra RGB pixels to FHD – interpolating the image. Upscaling from FHD is passable, but from HD is poor.

8K is will have to insert 16 extra pixels to FHD. The images I have seen with my discerning eye are poor – soft focus at best. Imagine upscaling HD!

Imagine blowing up a postcard sized print to A4 – that is what bad upscaling looks like. Sure, with buckets of processing power and lots of AI to interpret metadata you may get an acceptable 4K to 8K upscale.

8K Upscale systems might be technically impressive, but you can’t create fine details from nothing, and upscaling is always inferior to native video.

So where are the 8K TVs going?

While modern movies shoot in 5 to 8K and downmix, it will be a long time before they are shot at resolutions allowing an 8K downmix. And, it will take four Blu-ray discs to hold a typical 8K movie.

8K is also going to require at least HDMI 2.1 and, so far, devices using this are at best on the drawing board.

Founding companies for the 8KA include panel supplier AU Optronics (AUO) along with consumer electronics giants Hisense, Panasonic, Samsung Electronics and TCL Electronics. Panel supplier Samsung Display is also in the process of joining the 8KA. Specific goals of the organisation include:

Technological advances are exciting. I am sure that GadgetGuy will be right up there in reviewing the new 8K TV sets, HDR8000, 40-channel Dolby Atmos and extolling all the virtues.

By I can’t help feeling the push to new tech is a little to fast. New smartphone models, once on a 12-month cycle are now 3 to 6 months, largely driven by an affluent Asia that wants the latest and greatest. The Japanese have a tradition of annually throwing out fully functional appliances to get newer ones with more features.

Then there is the pressing need to replace the remote with OK Google, Alexa or Siri. Or the need to cut the Foxtel cable (yes do it) and stream! Or use the TV as part of a multi-room Airplay 2 or another sound system.

What happened to TVs being a 10-year purchase? We can’t blame planned obsolesce because the average TV will last that long. We can mention planned FOMO – fear of missing out – of the latest features. Marketing people – take a bow.

I doubt 8K will emerge as a viable TV format, even in the next few years. The cost-value equation doesn’t make much sense, especially as the industry is still feeling its way with 4K.