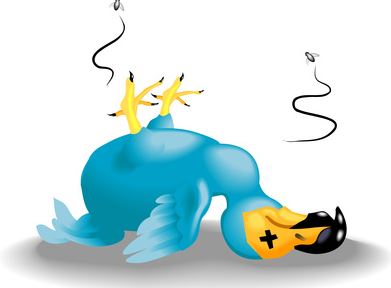 It is becoming a little repetitive, “Dodo cops a fine”.

Dodo (M2 Energy/Vocus) copped a $37,800 fine, and TPG owned CovaU, a $12,600 fine for misleading claims about discounts available on their energy plans. They must also refund customers.

Dodo is part of the Vocus group that also trades as Vocus Communications, Commander, Engin, Nextgen and iPrimus in Australia and Slingshot, Flip, Switch and Orcon in New Zealand. All share Vocus back end, licences, infrastructure, services, billing and significantly management and a board of directors.

The ACCC announcement is here.

They join Kleenheat, Click Energy, One Big Switch, Alinta Energy, AGL and Origin Energy in being fined by ACCC for the false, misleading and deceptive advertising of energy prices.

GadgetGuy’s take – Dodo should be extinct

I have a long memory – it happens when you have been in tech since 1979.

Not wanting to sledge the company (speak ill of the extinct – bad pun) but its reputation from day one was cheap and not so cheerful. Its ADSL contention ratios were sky-high (too many users to get anywhere near advertised speeds), its sales practices – high pressure, its support – non-existent, and its social conscience – nil. And that was on a good day!

The ACCC did not have the teeth back then when in 2007-08 the Telecommunications Industry Ombudsman received a staggering 6683 complaints about Dodo. The main complaints were outright misleading offers and extremely poor service.

But it did receive a fine of $147,000 for pressure selling to phone numbers listed on the “Do not call” register without consent.

Dodo’s rogue cowboy actions were the catalyst for then Competition Policy and Consumer Affairs Minister, Chris Bowen to introduce changes to the Trade Practices Act to enhance powers for the ACCC including allowing it to impose financial penalties and seek refunds on behalf of consumers.

Product Reviews gives it a 1.5-star rating (from 2803 users – 2254 gave it 1 star),  and users say that it’s highly predatory and aggressive trying to tie you up as with a gas/electricity/NBN and mobile bundles. “Once they have your details, they will harass you with sales calls trying to get you to sign up with every other service they provide. Only a fool would sign up with them.”