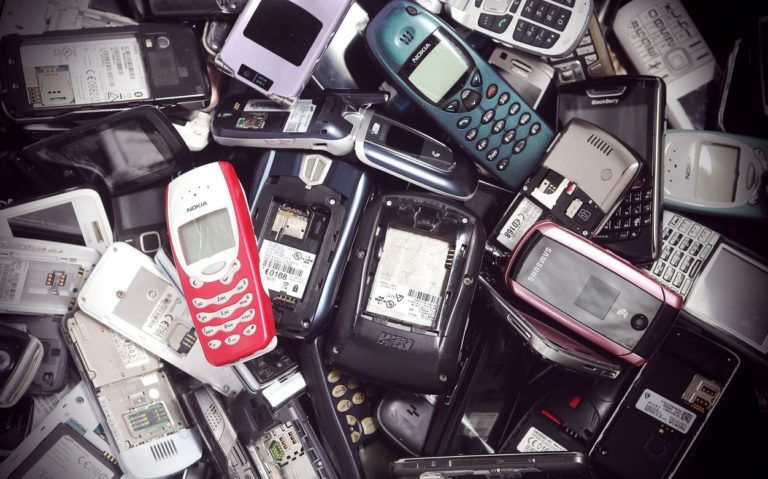 This follows the ABC’s latest War on Waste episode. It shone a light on the growing issue of e-waste in Australia and how people can recycle their phones.

Australia has more old phones stored away than there are people in the country. That equates to two for every household, and that figure is rising. By 2028, Mobile Muster predicts that Australians will be holding onto nearly 30 million old mobile phones.

The War on Waste highlighted the rapid growth of e-waste in Australia. Mobile Muster is calling on Australians to join the war on waste. Recycle your old phones.

Spyro Kalos, Manager, Mobile Muster, says: “Most of us know that we shouldn’t throw our phones in the bin. But many of us still hang on to them, just in case. Often they sit forgotten in a drawer.”

“Millions of smartphones are lying in waste” – Mobile Muster

Research shows that 75% of Australians are aware that they can recycle their old phones but do nothing.

Mobile Muster runs consumer awareness campaigns to highlight the environmental and social importance of recycling phones.  The program works closely with local councils, workplaces, schools and retailers to raise the awareness of mobile phone recycling. It also partners with charities. This gives mobile users an added incentive to recycle their phones.

“We know that recycling can be confusing sometimes. We cut through that by providing a free and simple way for people to easily recycle their mobile phones. To date, we’ve recycled over 1,300 tonnes of mobile phones and accessories. This includes 13 million handsets and batteries. But there is always more to do.

“With millions of phones lying dormant at home. The e-waste problem is getting bigger, and we all need to be talking about it more. Mobile phones are recyclable when they reach the end of their lives. We can all do our part to fight the war on waste, and it starts at home. That’s why we’re calling all Australians to find their old phones and recycle them the right way – today,” says Kalos.

How to recycle with Mobile Muster

Recycling a mobile phone is simple. Mobile Muster has over 3,500 drop off points across the country. Or AusPost will provide a free satchel.

The Mobile Muster program enables 99% recycling of the material from old phones and accessories. It then reduces the need for virgin materials. All the metal, glass and plastic in your mobile phone has the potential for a second life.

Before you recycle, remember to transfer and remove any data that you want to keep.

So dig out those phones and find their nearest collection point here.

If your workplace, school or council would like to join the program, they can register to become a collection site.

Clean out your cupboards: Every household has the equivalent of two old phones stored away. The War on Waste sahould be motivation to dig up your old phones for recycling.

Remove your data: Before you recycle, remember to transfer and remove any data that you want to keep. If you’re unable to switch your phone on any data still on the phone will be destroyed.

Recycle the right way: Recycling with Mobile Muster is free. Just stop by any participating mobile phone retailer including your local Telstra, Optus, Vodafone and Samsung stores. If you can’t you can post it for free from AusPost.

Not ready for recycling? Give your phone to a friend: Has your phone still got life in it yet? Then consider selling it or giving it a new lease of life by passing it to a friend or family member to reuse.

Don’t bin a broken phone: Avoid the temptation to throw it in the bin as it could end up in a landfill.

Don’t be precious about your old phone: A smartphone contains minuscule amounts of precious metals. Bit collectively all the old, unused devices make a significant difference to the resources which could be recovered and reused.