Drones set to be the latest robotic pizza delivery tool 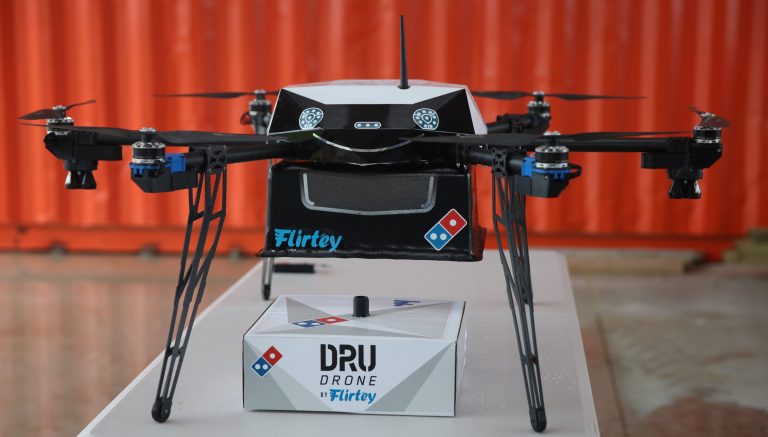 Partnering with drone specialist Flirtey, the Pizza company is currently under evaluation by the Civil Aviation Authority and plans to scale up delivery later this year once it receives FAA approval.

New Zealand was selected as a test market because its current regulations allow for businesses to embrace unmanned aircraft opportunities.

In its early stages, the service would see Domino’s staff making the pizzas and handing them over a Flirtey drone expert, who would then load the package and oversee the drone’s autonomous flight to the customer’s door.

The drone would fly at approximately 30km/hr and 60 metres in altitude during the flight. The customer would be notified of the drone’s approach, and deliveries will be made by safely lowering the pizza from a cable.

An anti-theft cable cutting mechanism can spring into action to free the drone should the tether be interfered with.

The drones will use a combination of GPS and encrypted 3G/4G links to stay in communication and locate their delivery address.

During the initial tests, the drones will be limited to dry days with low winds, with other delivery methods in place should weather be an issue.

If a drone were to malfunction, there are a number of contingencies, such as returning to a store or emergency landing at a pre-determined zone.

While the drone delivery trial will be limited to a selected Domino’s store and a 1.5km delivery range, this could be expanded to a 10km delivery range in the future, depending on test results.

Using drones is seen as a solution to the increased number of deliveries made per year, and a way to ensure that delivery times continue to decrease.