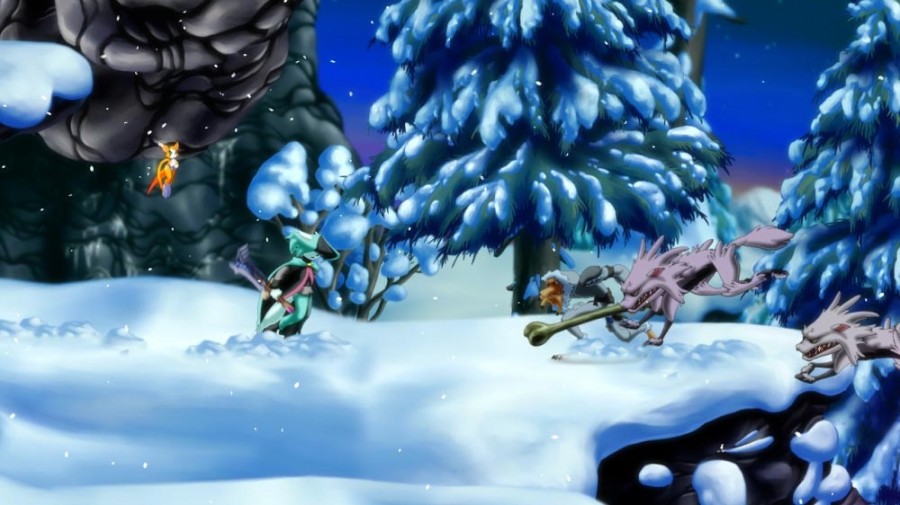 When I were a lad, the Raleigh Chopper was the most exciting bicycle on the road, no-one had TVs in their bedrooms and our mum kicked us out at 9am on a weekend and didn’t expect us back until it started getting dark each night.

Video games were developed on computers with less than 100K memory with weird, rubberised keyboards in the depths of dark bedrooms by excited, energetic young innovators who recognised that these things held incredible potential as a form of entertainment.

A lot has changed since then but, in entirely unpredictable fashion, the massively bloated, complacent and now only sporadically extraordinary games industry has seen developments in new, portable devices and accompanying agile programming that has taken us full circle.

Again, nearly 30 years on, it’s possible for small teams of talented individuals to design, build and deliver a video game that oozes verve and originality in the same time it takes the video game giants of today to lever themselves out of their big cars and puff up the stairs to the boardroom for the 10th meeting of the day.

Well, not quite, but you get the idea.

Dust: An Elysian Tail embodies this brave, new world of go-it-alone games development and has generated impressive initial excitement on account of the fact that it was developed by a single man.

Dean Dodrill, under his developer company Humble Hearts created the action RPG game almost entirely on his lonesome. If it were a relatively competent game with a few good ideas, that would be an achievement in itself, but Dust stands out because, visually, it’s unexpectedly impressive with a comprehensive combat system and amusing, instructive tutorial elements.

The hand-drawn artistic style of Dust creates a dreamy world that is rich and colourful, and the gameplay is a mixture of 2D fighting games like Street Fighter and Tekken set in the cartoony, creature universes of games like Animal Kingdom and Castle Crashers.

As Dust, seemingly inspired by the exaggerated stylings of Japanese anime makers who keep the ninja and fighting Buddhist monk mythology alive, you’re accompanied on your side scrolling travels by Fidget, who bears more than a passing resemblance to Tails, of Sonic the Hedgehog fame.

Dust: An Elysian Tail starts off as a fairly entertaining romp from one side of your TV screen to another, encountering some pretty ferocious and challenging ‘boss’ characters on the way, but scores low on originality.

Clearly influenced by scores of older video games, Dust plays exactly like action game ‘Golden Axe’ from over twenty years ago, only with more distracting prettiness in terms of visual effects, while throwing in a heap of 2D fighter combo attacks and embracing the ‘cute sidekick’ concept with embarrassing gusto.

Dust may be right up your street but, even if it isn’t, just remembering that a single man made it – something that would more usually take a cast of dozens – makes it worth a look.