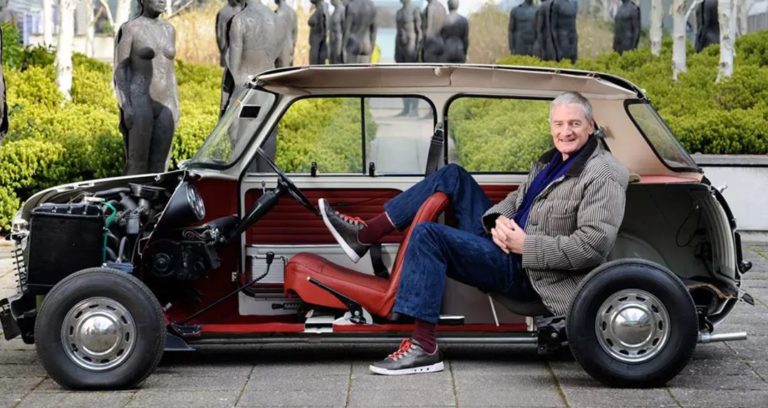 In 2017 Dyson disclosed plans to develop an SUV-style Electric Vehicle (EV) earmarking 2 billion pounds. The recent release of some of the Dyson EV patents shows it is getting closer with the initial release slated for 2021.

Details are scarce, but the Dyson EV patents reveal it could be around 5m long, twin motors (one per axle), has 23-inch wheels (pushed to the corners) and the aluminium platform could support as many as three different EV styles including a seven-seater. Dyson has invested over one billion pounds in battery technology as well.

Dyson’s vice-president of Dyson automotive, Ian Minards, formerly Aston Martin’s chief engineer leads the project has also confirmed that it will control the vehicle from ‘paddock to plate’ – design, sales and support.

Dyson’s secret Electric vehicle project is no longer so secret as it took the unusual steps of publishing a few of its registered patents.

James Dyson revealed some details to its staff in a memo stating,

Developing new technology is an energising and exciting experience: our vehicle project is just that. It will be entirely designed by Dyson, manufactured by Dyson, and sold by Dyson. It is also a highly complex engineering project, which has amassed great design, scientific, engineering, manufacturing and operations knowledge across the UK, Singapore and further afield. I am immensely proud of the strong team we now have in place: over 500 people, blending Dyson experience with automotive know-how.

Hangar 86 is home to many in the Automotive team, Hangar 181 is now complete with testing facilities including climatic chambers and a rolling road, and Hangar 85 is where we will construct vehicles for the latest phase of testing.

Some test tracks are in; others are on their way. And we are about to break ground on our advanced manufacturing facility in Singapore. We are developing the best technology, as quickly as we can, and the team is doing a fantastic job bringing it to life.

We always keep our products secret until they are ready to be launched and our car is no different, let’s keep it that way (Editor’s note – Dyson loves speculation).

However, the vehicle will include fundamentally new technologies and make some inventive leaps; it is, therefore, important that we protect it with patents. Eighteen months ago, we submitted our first patents covering some of the developments we are considering in relation to the vehicle architecture, aerodynamics and efficiency.

Large wheels: The patents show a car with very large wheels, giving a low rolling resistance and high ground clearance. This makes a vehicle suited to city life and rough terrain but could also contribute to increased range and efficiency – vital in a vehicle where every joule of power must be used wisely.

The patents also show the wheels to be as close to the front and the back of the vehicle as possible, making a car which is highly manoeuvrable, enabling larger approach and departure angles and improving handling on rough terrain.

New vehicle architecture and aerodynamic improvements: The frontal area of a vehicle has a large impact on its aerodynamics and efficiency. The patents, therefore, show a vehicle where the driver adopts a reclined seating position which would enable a low cabin height and a shallow windscreen angle, reducing drag and increasing driving range. Meanwhile a long wheelbase could enable a larger battery pack to be employed, increasing the driving range and enabling a large cabin capacity. The low centre of gravity which results could contribute to the handling and driving experience.