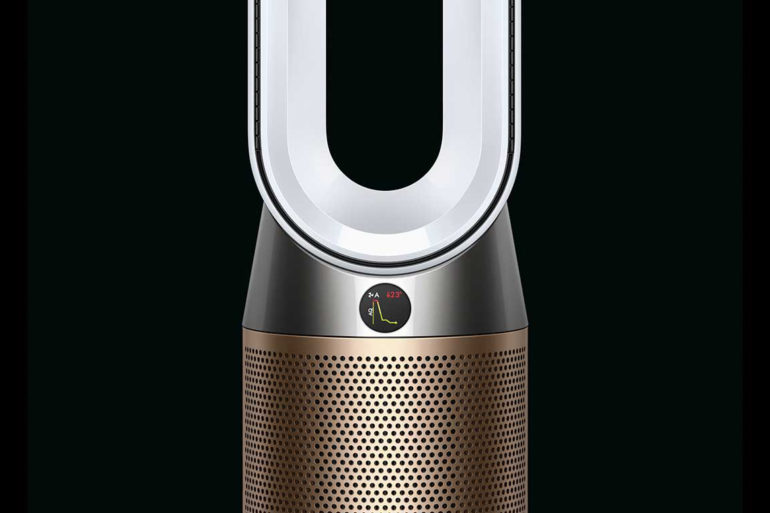 The Dyson Formaldehyde destroyer is the latest in its air purifier series. It addresses a problem that few of us knew about – the emission of potentially dangerous formaldehyde from flatpack furniture, laminate flooring and just about anything made with industrial glues. Oh, and it is used to preserve organic tissue and embalm cadavers.

Dyson Formaldehyde destroyer addresses this gas’s ever-increasing presence in our homes. Why? We largely stopped making real timber furniture and flooring. Instead use farmed trees converted to manufactured wood and just about everything else in the home.

Is formaldehyde a danger? It has not killed us yet.

In 2011, the US National Toxicology Program described formaldehyde as ‘known to be a human carcinogen’. It also has adducts (variants) known as Methanal, Methyl aldehyde, Methylene oxide, Formalin, Formol and Carbon hydride. The add extra oxygen or hydrogen molecules.

Now here is the exciting part – its chemical equation is CH2O. Nerds will understand that is one carbon molecule, two hydrogen molecules and one oxygen molecule. Remember that for later. When released outside, it breaks down quickly under sunlight to carbon (C) and water (H2O).

But it could be dangerous in a relatively closed environment like a home or apartment. Formaldehyde keeps emitting from your chipboard flatpack, flooring, and so much more for a long time – often years. At air concentrations above 0.1ppm, it can irritate the eyes and mucous membranes, resulting in watery eyes. It inhaled, it can cause headaches, a burning throat sensation, difficulty breathing, and can trigger or aggravate asthma symptoms. Have you ever noticed that ‘new-home’ or even ‘new car’ smell? Its likely formaldehyde. Yes, it is dangerous, but regulatory bodies are slow to act. You can read more about it at Wikipedia.

That is not its real name. It is the Dyson Hot+Cool Formaldehyde HP09 at A$999 and the Dyson Cool (no heat version) Formaldehyde TP09 at $799. Must be an engineer that makes up such popular marketing names!

These have the traditional HEPA and Activated charcoal filters (now a single unit). In addition is a ‘catalytic converter’ that breaks formaldehyde down to harmless elements. The Dyson engineers invented and patented a catalytic converter that lasts a lifetime because it regenerates during the process.

Dyson’s Selective Catalytic Oxidisation (SCO) filter continuously destroys formaldehyde at a molecular level. The catalytic filter has a unique coating with the same structure as the Cryptomelane mineral. Its billions of atom-sized tunnels are the optimal size and shape to trap and destroy formaldehyde. It breaks it down into tiny amounts of water (H20) and carbon dioxide (CO2). It then regenerates from oxygen in the air to keep destroying it continuously without ever requiring replacement.”

Another unique feature is its formaldehyde sensor. An exhaustible gel usually detects this. Dyson scientists have developed a solid-state detector (also patented) to measure formaldehyde particles. This was hard – they are 500 times smaller than particles trapped by HEPA and activated charcoal filters.

Is the Dyson Formaldehyde destroyer a gimmick or real issue?

Now the sceptics out there will rightly say that they have been breathing this gas for a lifetime. But most of these live in typical Aussie homes with windows and doors that open to the outside and probably have natural timber floors and furniture.

But when I researched the extent of its use, I noted two things. First, it is widely used in obscure things like permanent press fabrics (hate ironing), paper, disposable nappies, and female hygiene products. Second, there is a trend to high-rise apartment living where the air is continually re-circulated, and 99% of furniture, carpet/flooring, built-ins and more emit formaldehyde. Yes, it is a real issue for them.