Eight Months with the Microsoft Surface Pro 4 – Part 1, the product 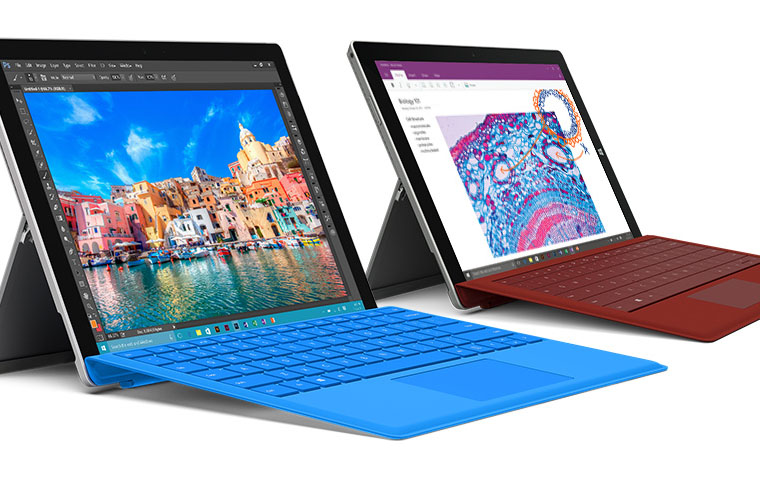 We reviewers are imperfect in many ways. We don’t (much as we’d love to believe otherwise) know everything. We may have personal biases, some known to us and, more dangerously, some unknown. We sometimes assume things that we ought not to have. We can, you’ll be shocked to read, sometimes even make uncomplicated mistakes – misread a manual, fail to find the control for a feature which we then report to be absent. And so on.

But there is one systematic imperfection that applies to almost all our work: the things we are reviewing are new. Usually brand new, sometimes a little shop-worn thanks to their use by other reviewers. But almost always the products we write about we are using within a month or two after launch.

But if you buy that product, how will it perform in six months, or two years? Will it be better or worse than new? Can something even be better than new?

I shall try, from time to time, to share some longer term experiences with specific products. There won’t be many of them because I don’t own that many, and thus don’t have them for lengthy periods. But I’ll do what I can.

And, so, to start: the Microsoft Surface Pro 4. How good is it? Amazing! Has it improved? Definitely!

And how disappointing is it? Quite!

The reviews were overwhelmingly positive. They were pricey and you had to cough up extra for an attachable keyboard if you wanted to use it as a notebook computer alternative. But, wow!

There were memory and processor choices. A reasonable battery life. Good performance. A pressure sensitive stylus. It’s hard to think of a more attractive package: a computer that’s a tablet as well, that can run proper Windows programs as well as a desktop, yet allows you to strip off the keyboard and produce art with a stylus and a little skill.

So in January I decided to replace my aging Toshiba ultrabook with a Surface Pro 4, purchased retail. I also purchased the Type Cover for Surface Pro 4 (ie. the keyboard) and a Surface Dock, which added several of USB and display ports and wired gigabit Ethernet. The plan: plug in the dock connector while it was on my desk and use Ethernet and with the Type Cover (ie. the attachable keyboard) open, it was just like having a notebook sitting there ready to use along with my desktop computer.

I deliberately chose the Core m3, 128GB version, not only because it was cheaper. The m3 is fanless, and thus silent (and, perhaps, slightly better in the battery life department because of this), and because 128GB was fine for my work practices. My notebook – or equivalent thereof – carries only the main applications I need and, more importantly, only the files and documents I’m currently working on. Anyway, there was no option to jump to 256GB without also jumping to a Core i5 processor, which meant a fan.

But 128GB is plenty. I use Dropbox to keep a folder of current work synced between the Surface Pro 4 and my desktop and my Mac Mini. When a work piece is finish and sent off, I also move it off to its proper permanent folder on the desktop (to be backed up appropriately from there). For what it’s worth, the Surface tells me that it has 75.9 GB free of 116GB, so my strategy seems to be working. I found a good deal on a 128GB microSD card and put that in the slot to carry media and other stuff that didn’t require a speedy access time.

The Surface Pro 4 started off great in most ways. And in a number of ways has actually gotten much, much better. So let’s talk about how good it is now, eight months in.

As a tablet, I suppose its sharpish edges make it a little less comfortable to hold than an iPad. As a notebook, the kick stand makes its footprint too long for comfortable use on your lap.

But … it is a tablet. I leave the keyboard off when flying (there’s not much room because it’s always economy for me), so unlike notebook users, I don’t have to pack it up for takeoff and landing. I can continue writing by, well, writing. That is, with the stylus. I scribble away in the text entry box and it gets magically converted by the Surface into text characters appearing in my favourite text editor.

The Dropbox syncing works on it perfectly and rapidly. The OneDrive syncing works as well as it normally does, which is to say in a halting and begrudging manner. It readily gloms onto the Wifi access point provided by my phone when I’m out and happily downloads stuff at tens of megabits per second if the 4G network is up to it. The keyboard and touchpad feel respectable even under my pounding fingers.

For sketching out illustrations of what I’m taking about – sometimes necessary when words fail – Sketchpad is available with the click of the button atop the stylus, and does a better job than paper and paper because I can edit my thoughts and save the result.

The Core m3 processor might be a problem for someone doing heavy processing tasks. But not for me. Even with audio editing it’s quite all right for my modest needs. The whole thing works smoothly, and there’s almost never with a delay in response.

And the display … that is truly a glorious thing on which to behold even plain old documents, let alone photos and videos. I suspect Cortana’s going to be good, once I first train myself to actually use it.

In all these respects, the Surface Pro 4 is an exceptionally fine machine.

Tomorrow, Part 2: How the Surface Pro has improved since the start! And then, Part 3: major disappointments.