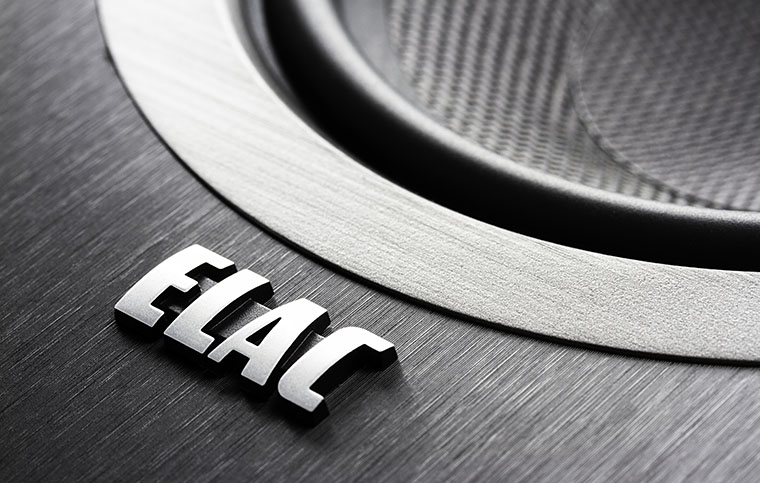 ELAC Electroacoustic is one of those loudspeaker brands that in our younger years, we hi-fi lovers would dream of, but rarely aspire to. Filled with cutting edge design features, such as its JET folded membrane tweeters and crystal membrane bass drivers, they were just too far out of our reach.

But now ELAC has brought the same design sensibility to an affordable range of loudspeakers, applying it to more conventional speaker technologies. This is represented by ELAC’s Debut range, with prices starting at an amazing $499 a pair for the Debut B5 bookshelf speakers. Suitable for stereo music, the range also covers all home theatre needs with two bookshelf-sized models, two floorstanding models, a centre channel speaker, three powered subwoofers and even an Atmos speaker for adding height to Dolby Atmos (and DTS:X) surround systems.

The range was developed by long-time loudspeaker engineer Andrew Jones, the man behind the $US80,000 TAD Reference One loudspeakers, and previously with KEF and Infinity. “ELAC Debut series,” he says, “delivers superior performance thanks to custom made key components, with no off-the-shelf parts. Unlike many more expensive speakers that mix parts-bin drivers, bare-bones crossovers and generic cabinets – every ELAC speaker is built from a clean-sheet design.”

The ELAC Debut range is being distributed in Australia by home entertainment company Synergy Audio Visual. Philip Sawyer, Synergy’s Managing Director, says that the new range “will challenge consumers’ expectations about affordable loudspeakers forever. With a distinct look, unparalleled performance that rivals speakers which cost thousands of dollars more, high-end audio is no longer just for the audiophiles.”

The loudspeakers employ a silk dome tweeter with custom waveguide designed to improve the control of sound directivity while shielding the tweeter from diffraction modes. The cones of the woofers use aramid fibre, a synthetic material developed for aerospace and ballistic applications, providing greater strength and rigidity than the paper or plastic materials frequently used in such drivers.

The cabinets are constructed of MDF, with internal bracing for the larger models. The subwoofers are fitted with BASH high efficiency, high power amplifiers. The two higher models can link to an app via Bluetooth on a smartphone for automatic calibration, or customisation of their output.

The Debut A4 Atmos is designed to sit atop the front or rear surround speakers, or on all four, replacing the requirement for ceiling mounted speakers in a Dolby Atmos installation.

Here are the main features and prices of the line-up.