Emberpulse – I have the data, its time ‘switch’ #Stop the energy rip-off 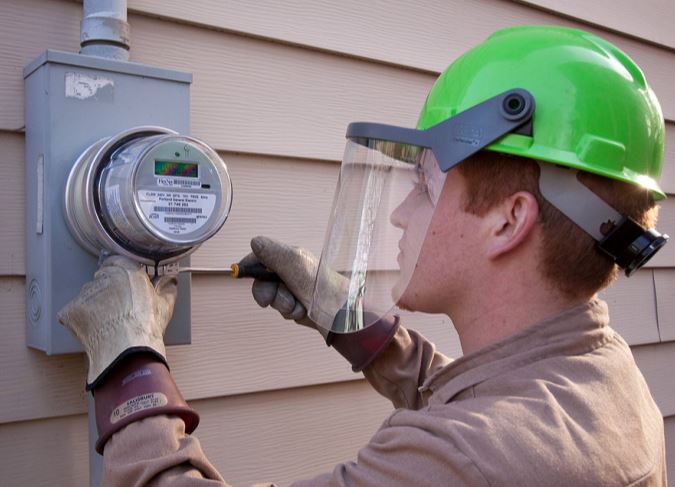 And rip they do!

Readers will know that I was the guinea-pig for an Emberpulse energy monitor back in May. Well, after three months, it has provided enough data to allow me to make an informed switch and stop, or at least slowdown, the energy rip off.

My interest in Emberpulse and stopping the energy rip-off started when I received a $1K+ bill for the summer quarter. That is for a two-person household, and yes we flogged the air-conditioning, but the charge was ridiculous.

I needed something to give me data on hourly/daily usage (or at least low, shoulder and peak usage) and to help me identify the baseload (what you use when no-one is at home) and what appliances are energy gobblers.

I came across Emberpulse, and it promised that for an approx. $500 investment for an Emberpulse monitor it could save that – or your money back. We wrote about that here

So, with no risk and lots of possible rewards, I ordered the Emberpulse monitor and installation was on May 14.

You can read about that here. The only evidence is a small EmberPulse monitor that glows in three colours – purple for low power time (10 PM to 7 AM), orange for shoulder (7 AM to 2 PM) and red for peak (2 PM to 10 PM). It intensifies the flash as you use more power.

This visual alert has educated us in the best times to use the washing machine, dryer, dishwasher and other non-time critical appliances. But, best of all is to investigate why is it flashing when we thought everything is off. Don’t laugh but we found the bathroom underfloor heating had been on, well for a long time!

We also purchased an Emberiq – a plug to measure individual items power use, and it has been a great source of data. Do we use a heater or turn on the reverse-cycle AC? Do we use a Breville double griller or use the Gas griller? Do we use the electric oven or the Sharp R890E Convection Microwave.

So, it is three months later. What are the Emberpulse results?

Emberpulse emails you a weekly report. After the first one, I reported that I had saved $72 in the first two weeks. To be fair, it had just started to gather data, but it was amazing how it changed our habits to make savings. Check the link above to read more about that.

Well, the report for the week ending 3 August has arrived (for a quarter), and it is showing a $106 saving for the quarter – right where I expected to be.

Emberpulse also identified the issue of lower variable and higher fixed supply costs and suggested a switch to three alternative suppliers/plans to suit our use patterns. I used this to negotiate with my current supplier and got an even better deal.

This negotiation was to get a much lower supply charge of 78 cents a day (saving $25 per quarter) and a flat rate of 25.3 cents per kWh (saving an estimated $109 per quarter). This is an estimated $536 saving over a year – I could not have done this without Emberpulse data.

I have not investigated the solar options yet, but Emberpulse report shows two things. Our needs match a 5kW system that should reduce our grid bill to around $500 per year (you still have the fixed supply charge and power for night use).

If we installed a 7.5/10kW system, there the grid pays us between $340/$780 per year. Bottom line is the sweet spot to repay the capital cost of the solar system is under five years.

Please note that the above tables are specifically for my home and use patterns and will vary for yours. Also note that Emberpulse does not sell solar or batteries – these reports are part of the Emberpulse monitor install.

Don Gelonese, MD of Emberpulse, wrote about Why our electricity costs so much? Stop the great energy rip-off and in that mentioned battery storage as one of the cures to stop the energy rip-off.

Essentially an adequately sized battery (somewhere over 7.5kWh) linked to a solar system can store enough power to eliminate the Grid usage costs (you still need to pay a supply charge). But it can sell energy back to the grid and make you money – as much as a $2000 thousand a year.

Given a 10kWh battery costs about $8,000, it could also pay for itself in four to five years.

Initial savings: Just becoming more aware of the issues – what devices use the most power, when to use them and what alternative you can use.

Medium-term savings: Having the data to compare plans and switch. In my case over $500 in savings in the next 12 months.

Longer-term savings: Knowing if solar and a battery will work for you. The catch 22 is that you could spend $5-10K for a solar system and a similar amount for a battery, but you would be free of the Grid.

Works for me. If you want to stop the energy rip-off its time to go to Emberpulse (website here and get a monitor).

Please note: Emberpulse provided the monitor installation for trial. GadgetGuy has not received any income from Emberpulse.

We want to stop the energy rip-off as it is a vital subject to our readers. And as a review site, we must test its claims before offering any endorsement. It has the tick now!