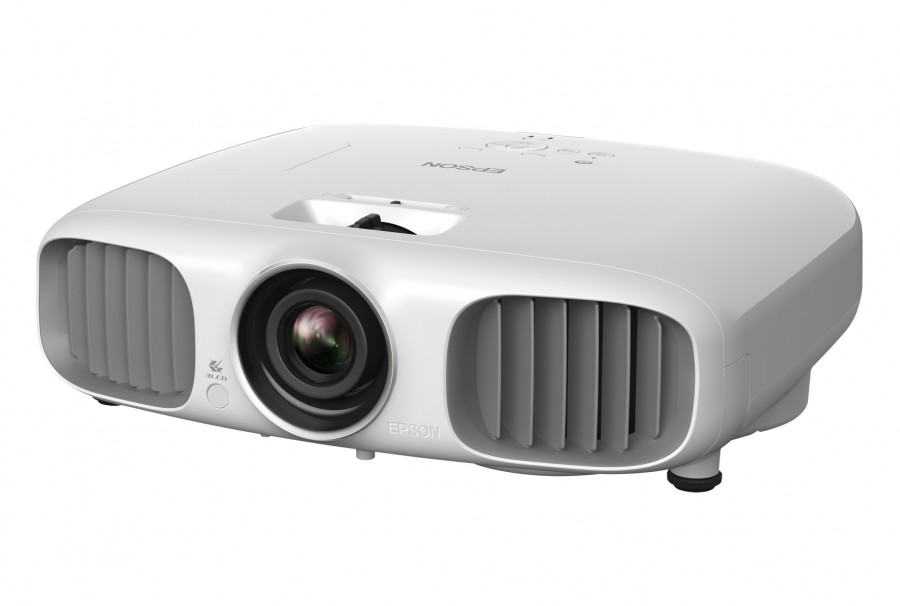 Despite being the dominant vendor of home theatre projectors in Australia, Epson has been a little behind its competitors with the introduction of a 3D projector. But, by golly, has it rectified that now, with five of them.

As if that weren’t enough, this one – the Epson EH-TW6000W – also sees the introduction of a marvelous new feature: full high definition wireless connectivity.

On that subject, that feature is the only difference between the TW6000W and the $300 less expensive TW6000. Not that this one is expensive. At $2799 it’s about half the price of the most affordable 3D projectors available from other brands.

The wireless feature uses a new standard – WirelessHD – which is backed by the big names in consumer electronics. It’s an ideal application for projection systems as it  overcomes the need to trail cable from the AV source device which is typically located in front of the viewing position near the screen, to the projector, which  is necessarily located at the rear of the room, behind the viewer.

The projector comes with a separate transmitter module into which you plug the HDMI output from your home theatre receiver or source device. This uses an incredibly high 60GHz band to transmit the signal up to ten metres. Normally this frequency requires line of sight, but WirelessHD bounces the signal around most obstacles.

It’s important to note that the transmitted signal is the full uncompressed video so there is no loss of quality.

The 3D technology used is active: the left and right eye images are flashed in turn upon the screen and the active liquid crystal shutter eyewear (two pairs are provided) flash in synchronisation with this. The projector has an infrared sync transmitter built in (this reflected reliably from my projection screen back to the glasses, providing solid performance). An extension socket is provided for an optional sync transmitter to deal with some difficult environments.

The projector uses Epson’s 3 panel LCD tech, offering full high definition video. It also has two speakers built in and two ten watt amplifiers. While I wouldn’t recommend this as the sound system for home theatre, it did work and might be useful in some situations.

Epson has positioned this projector at the top end of its sort of every-person range. It is expecting to release two higher-end projectors in the near future with premium specs. But those of this projector are nothing to sneer at: brightness up to 2200 lumens and a contrast ratio – assisted by a dynamic iris – of 40,000:1.

While the black levels were not quite those of Epson’s normal top end models, they were still very satisfying. There was none of that impression of greyness in the blacks left by older LCD projectors, so dark scenes delivered a true sense of darkness.

By default – and I’d recommend that you accept this default – the lamp brightness was set to ‘Eco’ mode. This delivered plenty of brightness to the screen in my darkened viewing room, and also kept the cooling fan down to its virtually inaudible lowest level. The so-called ‘Normal’ mode would still be useful if you need to use the projector under brighter conditions.

Or with 3D, of course. In 3D mode the projector bumped up its output to keep the brightness levels up, and indeed the brightness with 3D was first class.

The 3D quality was reasonably good. There was some crosstalk – which resulted in an appearance of ghosting – but it was at a sufficiently low level that the 3D effect remained strong throughout.

Using the wireless connection couldn’t be easier. You plug the HDMI output from your home theatre receiver or source device into the transmitter, switch on its power and select the ‘WirelessHD’ input on the projector. There was generally a fairly lengthy wait while the transmitter and projector found each other and established the kind of signal they are going to use. This wait was also repeated whenever the signal standard changed, such as switching from Blu-ray to a PVR carrying Australian digital TV. This usually took about 20 seconds before the picture was displayed. If your room permits, though, you can speed things up by connecting with normal HDMI instead.

Aside from the connection time, the WirelessHD worked flawlessly in my office – including with Blu-ray 3D material. I had the transmitter about six metres away from the projector, in a position in which I was frequently walking between the two devices, even standing there for a while. Not once was there a breakdown in communication.

Seriously, what more could you ask for? The Epson EH-TW6000W has a low price, the convenience of WirelessHD and reasonable 3D performance. This is a very impressive projector.

Warranty: three years (one year or 750 hours operation for lamp)