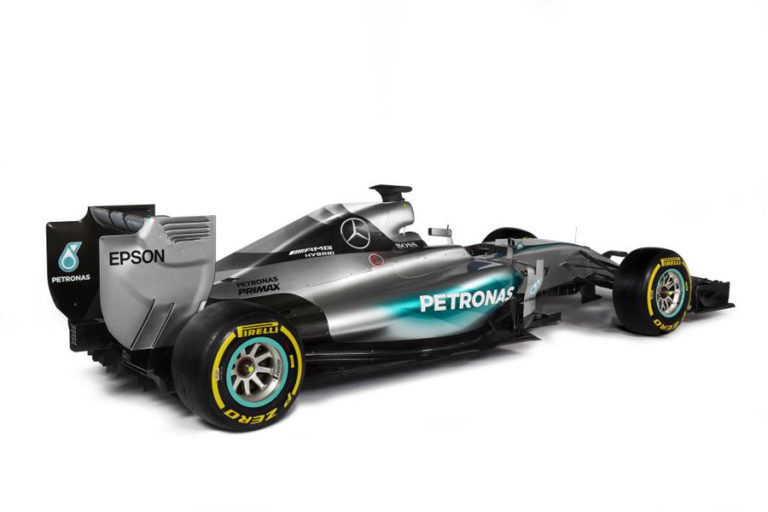 While Epson is best known for making printers, there’s a lot more happening under the bonnet, so to speak. You might have even noticed the Epson logo streak past on Lewis Hamilton’s Formula 1 car this week at Melbourne’s Albert Park.

As an Official Team Partner for the Mercedes-AMG Petronas Motorsport Team, Epson’s association with one of the most technically demanding sports in world is a good indication of how it sees itself, and where its products are going.

Now, Epson is extending its involvement with the Mercedes-Benz family and featuring its products at the Mercedes Me flagship store in Melbourne, and we were there to try them out.

With printers, Epson has advanced its designs with EcoTank technology. Think of EcoTank as the “printer without cartridges” where you can go a long time without refills. By swapping out expensive ink cartridges that barely hold any ink for large refillable tanks, this drastically improves convenience and total cost of ownership.

We recently had our hands on Epson’s EcoTank-equipped Expression Premium ET-7700, and you can read more about how it performed here.

Epson has made consumer and commercial projectors for many years. As the need to transform retail spaces into more ‘theatrical’ experiences, Epson is pushing the envelope with what it can do with light.

Its Accent Lighting Laser Projectors, for example, are small, attractive short-throw units that can create head-turning digital signage. The LightScene EV-105 on show projected a tiny F1 race car, which then raced around a large wall-mounted Mercedes logo.

The projector then filled the logo’s different sections with dazzling, colourful patterns. All of this was visible in a bright daylight environment, and is just the tip of the iceberg in terms of the creative display options it can deliver.

The example shown at the event was displayed on a glass wall panel, which contained a number of different sized sections. The net effect was that each section looked like its own TV screen, showing uniquely dynamic content. Compared to the cost of installing a wall of individual TVs, this is a great example of how Epson’s projection technology can create amazing visual impact with a lot of flexibility and cost savings.

Through the AR looking glass

Augmented reality is another space that Epson is busily at work. We had a chance to try out its Moverio BT-300 Augmented Reality Smart Glasses and experienced how they can be used in a car showroom. The AR glasses feature a Si-OLED display, which runs at 720p resolution, and a frame that can even be used while wearing normal glasses.

The demo unit included a hand-held ‘mouse’ for selecting menus in your virtual space, however, Epson tells us that a wireless app version that runs on your iPhone is on the way.

With the glasses on, we perused a rather lovely Mercedes AMG GT. First, the engine bay, where we could ‘look through’ the bonnet at a 3D rendition of its beastly engine, then zoom in and out, and approach it from different perspectives. At the rear of the car, we could select different colours to visualise how the GT might look like in ‘green hell’ magneto paintwork, for example.

At another demo station, we sat inside a Mercedes A Class hatch, and could view a number of superimposed ‘pop-up boxes’ that augmented items in our field of vision with more details, such as the stereo or dashboard.

Epson tech such as its AR glasses are already used in the Mercedes-AMG Petronas Motorsports garage to assist its engineers. During our tour, we also happened to see a few Epson printers put to work by the busy motorsports team.

However, if you’re not lucky enough to get pit lane access, be sure to drop into the Mercedes Me store the next time you’re in Melbourne and try out Epson’s latest tech, and maybe pick up a new Mercedes too!

Valens Quinn travelled to the Mercedes Me store in Melbourne as a guest of Epson Australia.