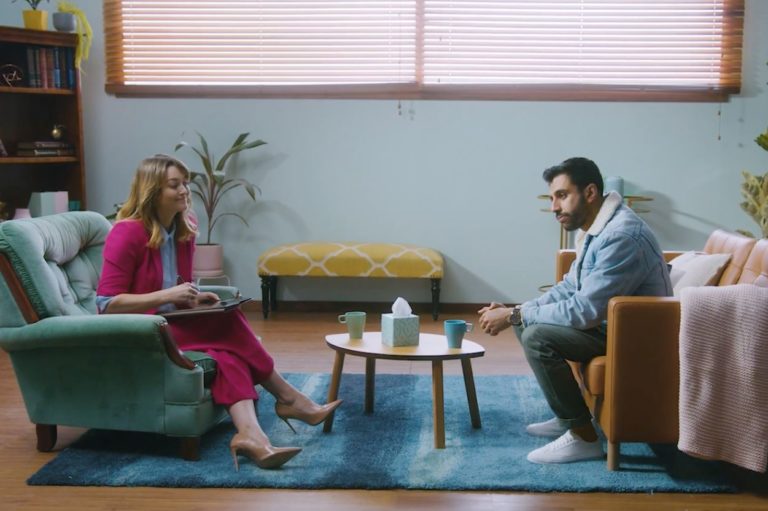 To help convey the Escape Therapy message, HP has snagged none other than the original voice of Siri herself, Susan Bennett.

Escape Therapy, is a funny but sophisticated video content series featuring Dave, a long-time Mac lover, breaking up with his first love, his MacBook (voiced by Susan Bennett). After years of slowly dwindling happiness, he’s decided to let her down gently in a safe setting – a couple’s counselling session.

The campaign focuses on the insight that almost half of recent Mac buyers had considered switching before they purchased a Mac, and when Mac customers left Apple, HP is the #1 brand they chose.

“We launched Escape Therapy to showcase the real HP difference in a fun, light-hearted way. At the same time, we wanted to demonstrate our leadership and innovation in Premium laptops, and highlight the features Aussies really want from their laptop,”

Through his Escape Therapy sessions, Dave shines a light on the features his laptop lacks, from no touch screen to concerns around web cam privacy, to innovative design. Joining his therapy sessions is his MacBook, voiced by Susan Bennett – the original voice of Siri.

You can view all five Escape Therapy videos below:

Dave’s ready to end things with his first love… but how will she take it?

Dave’s ready to break up with his MacBook, but she wants to give touch one more try.

Dave has covered his Mac’s webcam, but he wants a better solution.

Dave’s got his eye on a flexible hinge, but his MacBook can’t give him what he wants.

Dave wants his MacBook to stand out from the crowd, and stickers aren’t going to cut it.

Adweek declared “Get a Mac” to be the best advertising campaign of the first decade of the new century.

Steve Jobs said, “Why is it that people are using PCs? They’re ****ing horrible computers. This makes no sense to me.”

When Microsoft shot back with its own competitive Vista ads, Jobs felt like while his competitor was spending a ton of cash on making ads, it wasn’t focusing on fixing Vista’s many problems. What started as a gentle-natured ribbing – Jobs versus Gates – did turn ugly.

Got any humorous Mac stories – email to news@gadgetguy.com.au

HP Battery Recall – check if you own an HP notebook