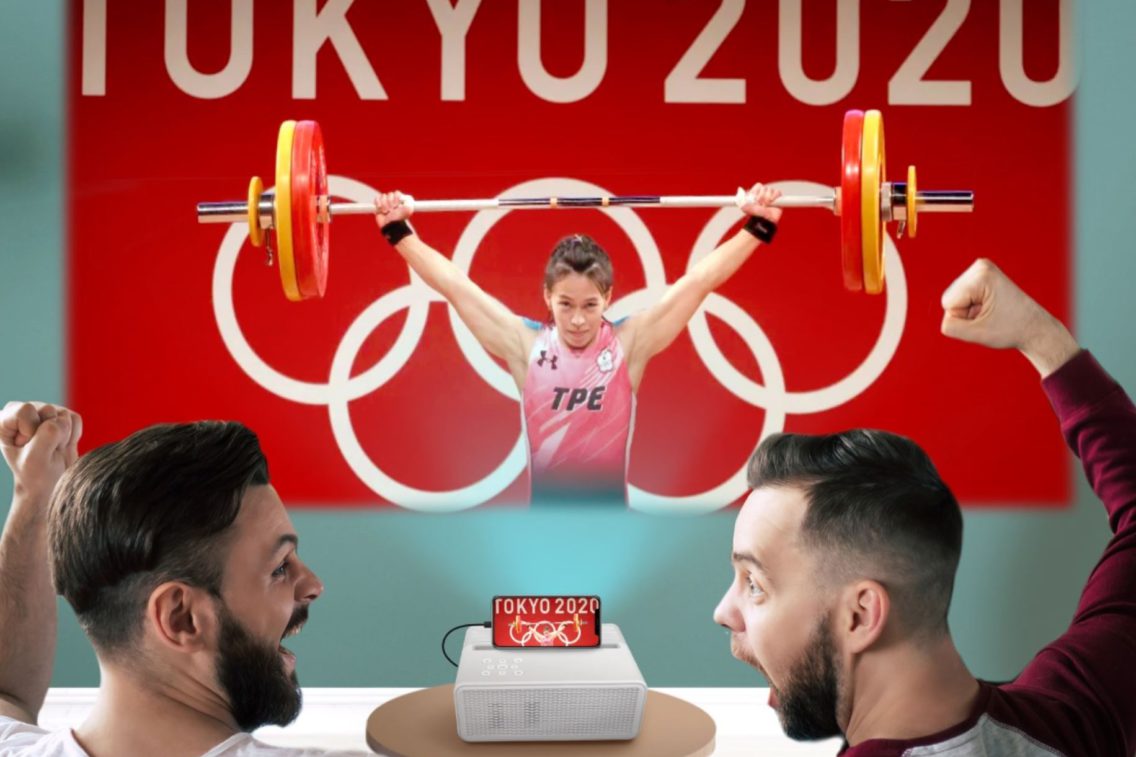 The EZCast Beam H3 is a 200 lumen LCD portable projector with so many connection options that there is literally no device it can’t mirror, extend or stream from.

No, it is not perfect. Two hundred lumens and 1000:1 contrast mean it is for darkened rooms only. 1080p@60Hz SDR means it is not a bad picture, but it lacks the depth you will see on an LCD TV panel, and it is best to forget the single 5W speaker.

It is for is the home, office, or grey nomads – anyone – to connect a projector to Android, Airplay (iOS), Windows, macOS and more content devices either directly or via the EZCast app that also opens up DLNA and many more streaming sources.

Note that there is a lower-cost Beam V3 as well. It is 720p and lacks auto vertical keystone and auto portrait projection.

Setup – so many options

I had to read the manual! But in EZCast Beam H3’s defence, it is because it has so many connectivity options that you may have to admit defeat. Plug in:

And that is before we use Wi-Fi and EZCast.

But it is also an interesting device as it can act as a Wi-Fi hotspot to allow you to link to its SSID (no internet connectivity). It can also transform a Windows PC into a Wi-Fi (no internet unless your PC is Ethernet cable connected) and BT device supporting 2.0 speakers/headphones, mouse, keyboard and smartphone. Mac supports Wi-Fi only.

EZCast is software (PDF File here) that allows you to cast from your host device to a TV, monitor or projector over Wi-Fi (or Ethernet). It is the cornerstone of all EZCast products.

EZCast can (over Wi-Fi or Ethernet)

As mentioned earlier, it cannot defeat 400-lumen office light, but it is fine when it gets to dusk (<200 lumens). There is a manual focus ring. I like the auto orientation and the design that allows you to project up to a ceiling or use it in portrait (smartphone 9:16) or landscape (16:9)

We have reviewed several EZCast devices and are impressed with how this company has developed so many casting technologies used by itself and many major projector and TV manufacturers.

We have been testing this for a few weeks, and it is far more than meets the eye.

The only two caveats are that using EZCast can be challenging until you ‘get it’ and that the 200-lumen output is inadequate for a claimed 155” screen. We also issue the same advice on screens as we did for the Philips 200 lumen LCD projector – a proper screen makes a world of difference.

If you need a projector that you can cast to, then it fits that bill. But consider that you can add EZCast to any TV or projector with the right dongle. So, if you want 4K or 2000 or more lumens, there is an EZCast device. I would pay for image brightness and quality and add EZCast to that.

But at its price, it is almost a no-brainer for the kids, lockdown schooling, grey nomads and anyone that wants a portable and ultimately connectable projector. Being LCD instead of DLP, it is an instant switch on and off – quite rugged.

From September 2021, we have adjusted our ratings to give us more ‘headroom’ to recognise exceptional features and performance. Until now, 8/10 was considered a ‘pass’. It is now 6/10. If you compare the EZCast Beam H3 with older projector reviews, reduce them by two points.

As a projector, it is similar to the 200-lumens Philips NeoPix LCD for image quality, but it has more features and is less costly.

As a casting device, it is way ahead of any current projector, with the caveat that you can add EZCast to any projector.

EZCast Beam H3 portable LCD projector
The EZCast Beam H3 portable 200-lumen LCD is a competent projector with a massive range of connectivity.
Features
9
Value for money
10
Performance
7
Ease of use
7
Design
8
Positives
The most ‘connectable’ projector on the market
Acceptable 1080p@60Hz image to 100+"
Auto-portrait mode for smartphones and TikTok mode
Auto-keystone adjustment works well
Wide range of setup adjustments, including screen colour
EZCast app has so many casting options
Easy to use via plugin ports – less so via EZCast options
Negatives
Copyright material may not cast – you may need a certified ‘dongle’
Can’t be used in daylight - needs less than 200 lumens
It is non-cinematic – best for FTA TV and SDR content
Poor home Wi-Fi can affect video/audio quality
8.2