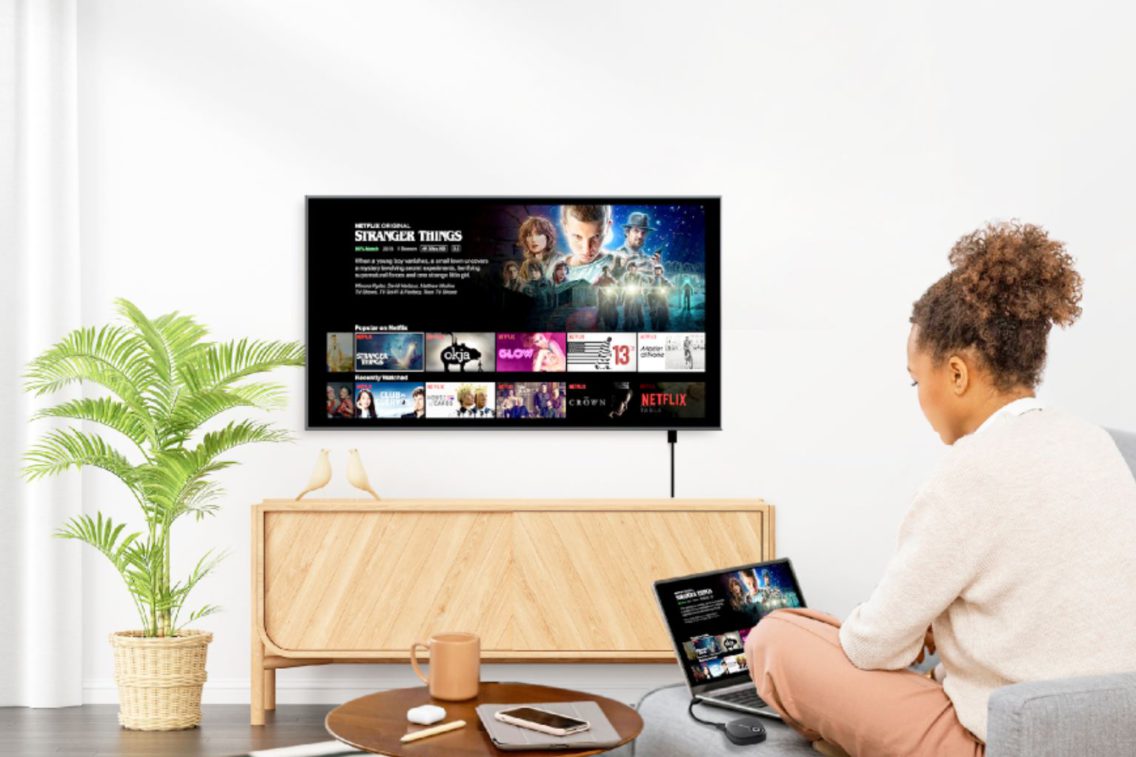 EZCast Magic Ether is one of those products you are not sure that you need, but once you have one, you won’t want to give it up.

What does EZCast Magic Ether do?

It is a dongle with an HDMI-out port at one end and an Ethernet-in port at the other. Ergo you can cast (a very loose term) audio and video over Ethernet from any device connected to the home Wi-Fi or Ethernet network.

It becomes a little clearer once you realise that it casts audio and video using over the Wi-Fi home network to an Ethernet-connected screen.

Use Airplay to connect. It also supports Siri from the iPhone or AirPod speaker.

The EZCast Privacy Policy is fairly standard. It flashes up a warning about privacy that everything you cast will be visible to whatever casting protocol you use.

EZCast clarifies that as a Chinese company, it is subject to Chinese law. We have reviewed EZCast products before and find it a reputable, long-term company.

Overall, it is no more intrusive than Google or Facebook – at least it will limit any advertisements to its products. If you have sensitive information, it may be best to use Google TV or Apple TV devices.

We did not test these fully; some are for Asian markets. You need to set up an EZCast account.

The EZCast software is the key to many different EZCast devices that can cast from 720p to 4K@60Hz. The trick is to determine your needs and then buy the right device.

This is a single user (one cast device to one screen) consumer device in that it works off the home Wi-Fi/Ethernet network. But you could equally install it in a boardroom, classroom etc.

Its strength is its OS support.

We have reviewed several EZCast devices now, and without fail, they are easy to use and do what they state.

EZCast Magic Ether
EZCast is perfect to mirror or cast from any device on your home network via an Ethernet to HDMI connected TV or monitor
Features
7
Value for money
9
Performance
7.9
Ease of use
9
Design
8
Positives
Device and OS agnostic - if it can cast EZCast will handle it
1080p@60Hz casting
Ethernet connection is more reliable
Low-cost single-user solution
Negatives
Make sure this is the right EZCast device for your specific needs
8.2