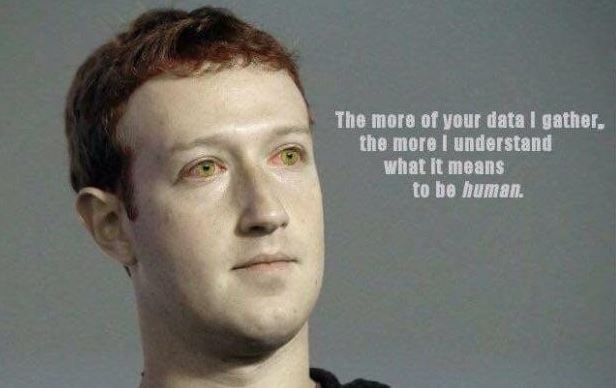 Facebook, Google, AT&T, Verizon and Comcast each kicked in a lazy $200,000 to a ‘Committee to Protect California Jobs’ – ostensibly to protect high-tech jobs in light of looming consumer privacy legislation.

The Committee’s intentions were as fake as FakeBook. Back to the lazy $200,00. It was part of a multi-million commitment to fight to the death any attempt to regulate what Silicon Valley companies did with users Personally Identifiable Information (PII).

Coincidentally (not)- Facebook announced it would not fund any further efforts to defeat such legalisation. A fitting end to the lacklustre performance its CEO Mark Zuckerberg put on in Washington.

Just a passing comment. Zuckerberg has made a habit of piss-poor apologies when Faecesbook has been variously dozens of times caught shitting on its user privacy.

In yet again another transparent mea culpa a Facebook spokesperson said, “We took this step to focus our efforts on supporting reasonable privacy measures in California,”. Later adding that the company still found the act “flawed.”

The Act proponent Alastair Mactaggart, said, “We’re gratified that Facebook has dropped its opposition to the California Consumer Privacy Act. Now that they have seen the error of their ways, we hope they will work with us proactively to protect the personal information of all Californians and support us publicly and financially.”

“We believe that all consumers deserve the basic rights outlined in our initiative. We call on the remaining corporations who have contributed to the Super PAC opposing this common-sense measure to drop their opposition. Google, AT&T, Verizon & Comcast: if you are not selling our personal information, why are you spending a million dollars to oppose us? Voters overwhelmingly support this measure, and protecting consumers is not only a good business decision but the right thing to do. It’s time to stop business as usual and to step up and do the right thing,” he added.

The California Consumer Privacy Act is to go to a ballot in November 2018. If successful it will establish new, ground-breaking consumer privacy rights and empowers them to take back control over PII.

This is a global issue requiring the highest levels of Government to act. California knows this and hopes it will be a catalyst for action.

GadgetGuy has long been a strong proponent for an online bill of rights and will continue to provide coverage on attempts to achieve this.

By-the-way – We don’t advocate taking Facebook down # Delete Facebook but regulating it so that it cannot abuse users!