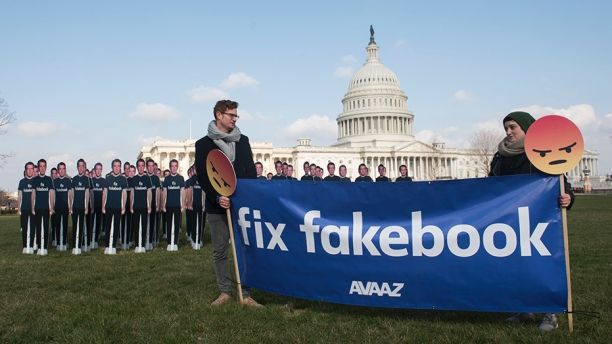 One thing is for sure. Hackers have been using the Facebook ‘View As’ f’up for at least a year. They have had plenty of time to leisurely stroll through, and steal information from up to 90 million accounts. It is called the Facebook f’up fall-out effect.

The official transcript of Facebook’s Guy Rosen’s answers to the Facebook f’up is scary.

Here are a few clangers

But the real sting in the tail is this answer

One Facebook f’up fall-out Aussie rang me in a panic (name withheld).

This millennial is a serious, long-term user of Facebook. Last week she received an email from Facebook that her Facebook account was compromised. This was as useful as a one-legged man in an arse kicking competition. Having read GadgetGuy’s articles, she contacted us.

Hackers had full access to her profile; her posts, likes – well the whole nine yards. Facebook has admitted that at a minimum hacker’s harvest people’s private information, including name, sex and hometown, address, phone number and whatever else was in their profile.

Mark Zuckerberg did say that hackers did not access passwords or credit card information. Well Mark that is good, but it is the tip of a very large iceberg. Personal information goes straight to the dark web to help fill out those 50-90 million poor soul’s profiles for later extortion.

She could not access Spotify. The hackers were able to use the stolen access token to change her password. Hackers get a few dollars selling stolen Spotify, Netflix and other subscription accounts.

Emails to Spotify about this issue were unanswered, and she could not change the password back. She has lost all her downloaded music, playlists and more. She had to cancel her credit card authority, and all that takes time.

But she was anxious as other apps using Facebook’s login like Airbnb and over 161,727 other websites were open back doors too. By the way, that figure is down from 193,098 due to recent security scares. In Australia, 458 websites accept the Facebook login. Most are shopping sites.

With this data breach, businesses are no longer confident in their ability to verify a user is actually who they say they are.

There are two issues here

If you are a victim of this latest hack, then there are no more secrets. If you put anything in your Facebook or any linked account or linked login account that you would not want your mother to know, then it is too late. That data can impact you. Not today, but it is now in the dark web for identity theft and even blackmail.

If you are yet to be a victim (and it is when not if in my opinion) it is high time to review what is in your profile and do damage control.

Facebook is such a drug that it is too much of an ask to do what hundreds of millions of its 2.234 billion users have done – close it down. The #DeleteFacebook movement reports that 44% of users between 18-29 had deleted their account, 42% have taken a break for a few weeks, and 54% have readjusted their privacy settings.

But even that does not cure the issue – once something is on the internet it is there forever. There is a great read at Forbes about deciding to get out.

I could not provide much solace to the Millennial ‘hackee’ except to offer logic.

And to tell her that Facebook’s share price went over a cliff. Good, she replied.