Fake reviews – the scourge of the internet (update) 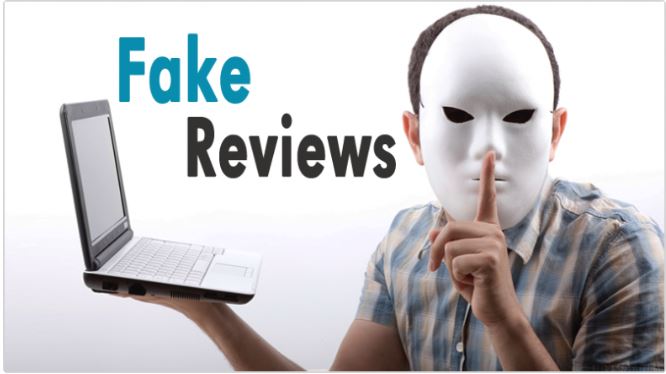 Fake Reviews have become the scourge on the internet. As many as 90% are declared ‘unreliable using the same text, hyperbole or suspiciously positive words’.

An article on Channel Seven News on 25 April 2019 about Fake reviews prompted us to investigate further.

Channel 7 News Seven says it is easy to buy fake reviews – good or bad to affect your, or other brand’s products.

But website Fakespot is about to challenge Fake reviews.

At present, it analyses only Amazon products, Yelp listings, App Store apps and TripAdvisor listings. It has analysed 1,417,263,672 reviews to date.

We used the Arlo Go LTE to see the results. We are not picking on Arlo per se – it is just that so many so-called reviews use the same words and terms.

There is a huge industry in places like India and the Philippines where English is usually the first language.

Thousands of workers submit fake reviews to , Fakebook, Google, Amazon and anywhere else they can find an audience. Payment is a few dollars (big money to them). The aim – to either boost ratings of product X or take down a competitor’s ratings.

Boosting means a plethora of reviews suddenly appear (as evidenced by a timeline). Taking down a competitor takes longer – a concerted attack over many months.

Wikihow offers a guide to spotting fake Amazon reviews – the problem is that it is not all that easy.

Whether it is the brand itself or its social media agency, this is happening.

Again, we hesitate to mention good names but Sonos One, a new Alexa speaker, launched tomorrow in Australia, has had an avalanche of reviews building its rating from zero to four out of five stars.

ReviewMeta warns that ‘Our algorithm has detected a large number of suspicious reviews.”

Amazon is not the only offender – all online markets are offenders

An Amazon spokesperson said, “We know that millions of customers make informed buying decisions every day using Customer Reviews. We take this responsibility very seriously and defend the integrity of reviews by taking aggressive action to protect customers from dishonest parties who are abusing the reviews system. We take forceful action against both reviewers and sellers by suppressing reviews that violate our guidelines and suspend, ban or pursue legal action against these bad actors.”

Facebook is a prime offender where registered Facebook Users (from the review factories) post a variety of supportive or d negative short-form reviews on everything from cosmetics to cars.

Artificial intelligence identifies review sites and keywords to better direct the factories efforts. Conversely, Amazon uses AI to identify fake reviews, but I am very sure it is not winning here.

“Despite substantial efforts to stamp out the practice,” Amazon company lawyers wrote, “an unhealthy ecosystem is developing outside of Amazon to supply inauthentic reviews.”

It is too little too late.

Ming Ooi, chief strategy officer for Fakespot recently said that “The issue with fake or unreliable reviews has not subsided at all, but likely is worsening.”

ReviewMeta pointed to a brand/model of headphones. It had a handful of reviews on the web. But within days received over 300 reviews – more than 90% identified as fake. But the result was a sell-out of an inferior product.

How do you stamp out fake reviews?

Amazon says the only answer is to only accept reviews from legitimate purchasers. Our opinion is that very few ‘verified’ purchasers bought the product, let alone used it.

And let’s be honest. Amazon et al. benefit from fake reviews by increased traffic to the site to improve SEO ratings and increased sales. If 90% of the reviews are indeed fake and removed, that leaves a gaping hole in the sales pipeline.

Brands will simply use more paid product placement and endorsement if fake reviews are shut down.

So-called independent sites are a better, but not perfect source of reviews

Disclaimer: GadgetGuy is a 100% independent review site for lifestyle/technology products. We do not charge brands for product reviews nor do we accept ‘advertorial’. Occasionally we keep low-value products after review – staff are grateful. We do not sell any products!

We don’t read other reviews until we have completed ours. Then we try to reconcile any obvious differences by re-testing.

I am not saying we are 100% right, and they are 100% wrong. But too many so-called reviews simply repeated brand/product website copy, and we are sure most did not even test the product.

This article is in part inspired by NETGEAR Arlo reviews.

We reviewed the Arlo Pro 2 here, and the Arlo Go here.

Don’t get me wrong. These cameras are fit for purpose products that, in our opinion, do not live up to the superlative marketing hype led reviews.

But to read so-called independent reviews that give these five-out-of-five stars (when legitimate reviews are two to three stars), you start to smell a big rat.

Then Fakespot comes up with the proof – 72% of the Arlo GO LTE reviews it has analysed are ‘unreliable.’

But of bigger concern is the blogging community

They receive payment for reviews (as well as being given products). Some blogs have become quite influential yet have no journalistic or other integrity behind them.

No one will give their ‘honest, unbiased opinion’ about something they’ve gotten for free. Not if they want more free stuff. If they told the truth and assigned fewer than four stars, then no more freebies for them.

The Media, Entertainment and Arts Alliance (formerly Australian Journalist Association) publishes a Code of Ethics that major media must follow or be held accountable to.

Particularly relevant to reviews are

GadgetGuy adheres to the Code of Ethics.