Finally, a good use for QR codes: MasterCard shows a new way to e-pay 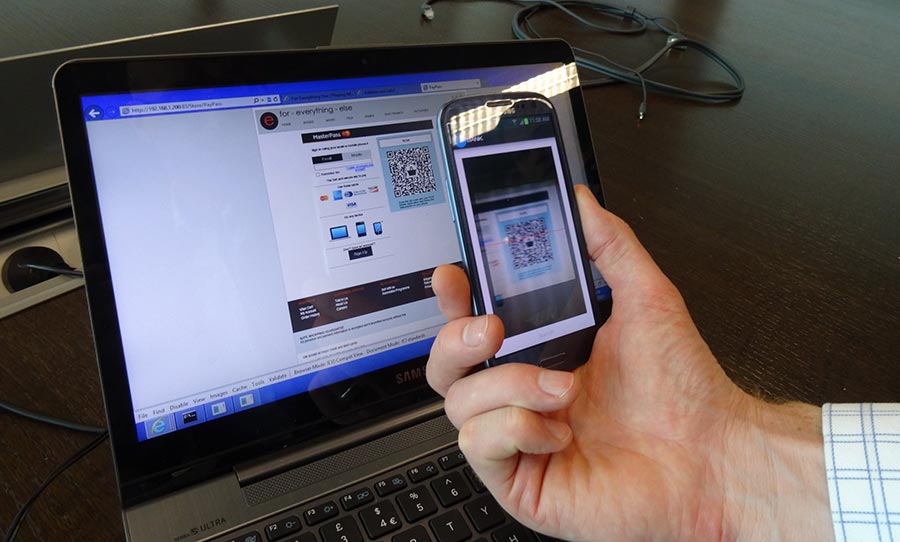 Square barcodes have never really found a useful place in society, stuck somewhere between posters and ways to set up your printer, but MasterCard has been working on something, and it’s pretty freakin’ cool.

Shown to GadgetGuy this week by the top brass of MasterCard’s local arm, the technology is called MasterPass, and aims to give PayPal a run for its money by leveraging something most of us have in our pockets right now: our phones.

The idea is simple:

You’re paying for something online, or even at a store, and rather than reach for your wallet to pull out that trust card, why not forget the wallet altogether and just pull out your phone, letting it connect to your bank account or credit card, and have it take care of the work load for you.

To see how this works in a real world situation, you might be in a store buying a product, with the teller ringing up the product on a small website specifically built for the store.

When it’s time to pass that money over, you’re presented with a QR code.

Paying using this system works by scanning the QR code with the MasterCard app, which will take its instructions from the code, communicate with your account, and send the right information from the mobile device itself, allowing you to handle the payment from your smartphone and reduce those feelings of insecurity we all get when we punch in our pin-codes on a store’s point-of-sale credit card scanner.

At home, it’s the same principle, and it has the potential to change the way we buy goods on the web, thanks to its reliance on a piece of technology most of us just can’t live without.

Security software on your device could always be present to help bolster the idea that what you’re doing is secure, but in general, reaching for that phone should be more reliable than typing credit card numbers into your computer, especially if your PC or Mac is without security software.

It’s not the first time that a financial company has dabbled with alternate ways to pay bills, mind you, and it sure won’t be the last.

In fact, MasterCard showed us another concept that the Commonwealth Bank will soon be bringing, taking advantage of the Near-Field Communication inside smartphones and allowing phones to pay for things, once again, skipping the physical wallet.

MasterCard’s concept goes a little further with the inclusion of digital coupons, which you can add to your electronic order and save money at the cashier without even having to pull out a paper clipping.

Overall, it’s some neat technology, and while MasterCard couldn’t tell us when Australians would be seeing either of the concepts in stores or for use at home, it did say that it was coming, so look for it replacing your leather wallet sooner rather than later.