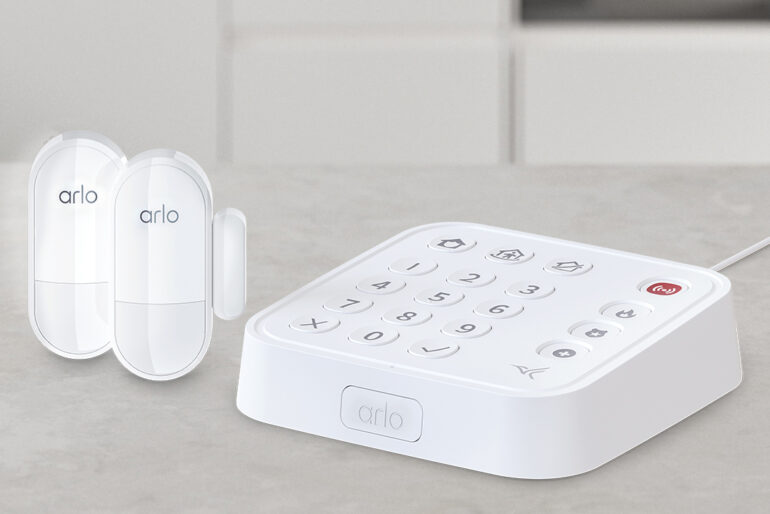 Recognised for its quality smart security cameras, Arlo has announced its first integrated DIY home security system. The Arlo Security System was an honouree in the 2022 CES Innovation Awards, and integrates all-in-one multi-sensors that can recognise motion, door and window openings and tilt, water leaks, light and temperature changes. They can also detect smoke and carbon monoxide (CO) alarms (but not smoke or CO itself).

The 8-function multi-sensors represent a step up from those used in security systems from many other brands, which typically detect only motion and contact. This is likely to make Arlo’s Security System more expensive, and we expect pricing confirmation from the company closer to Australian launch. Each sensor is around 2.5cm wide, so is easy to position in more places in a home, and runs on a single battery.

The sensors connect to a hub that serves as a central controller. It has a backlit keypad, built-in siren, smoke and CO alarm. It also has NFC technology, which allows users to simply tap their phone against the hub to arm or disarm the system.

Arlo says its Security System will integrate with its existing range of security cameras. Support for other smart home systems, such as Samsung SmartThings, Apple HomeKit, Amazon Alexa, and Google Home is yet to be confirmed.