Food and Science Meet in the Shine Dome 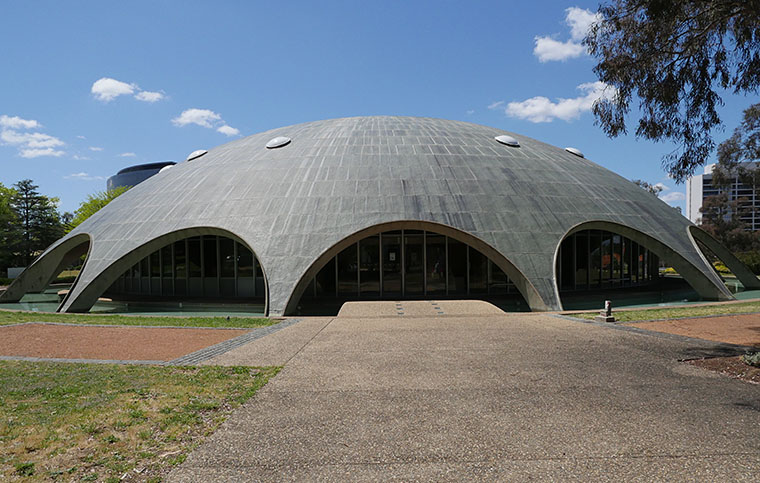 Can science lend a hand with the health of Australians? Dr Ingid Appelqvist is giving a talk at the Shine Dome in Canberra about all food and science .

The Shine Dome is otherwise known as Australian Academy of Science building, although that august institution has long since spread to other buildings. Known as Becker House from its opening in 1959, it was renamed to Shine Dome following the donation of a million dollars for its renovation by biochemist and Academy Fellow Professor John Shine in 2000.

Dr Appelqvist’s talk is part of the Academy’s ‘Bots, Bacteria and Booze: Science of the Everyday’ speaker series. She will be talking on how science may allow food which is healthier, better tasting, and better suited to each stage of life, to be developed.  Her talk will include a focus on “designing sensory attributes such as taste and texture to ensure that healthier food tastes great”, as well as exploring how individuals’ genes can make the same food taste differently to different people and why people who indicate a preference for healthier food so often fail to choose them.

Dr Appelqvist is a senior principal research scientist in the Food and Nutrition division of the CSIRO, and its Group Leader for Food Structure.

Her talk is from 6pm to 7pm on Tuesday 16 August 2016, with refreshments from 5:30pm. Entry is $10. The talk can also be viewed via live streaming from www.science.org.au/livestream .