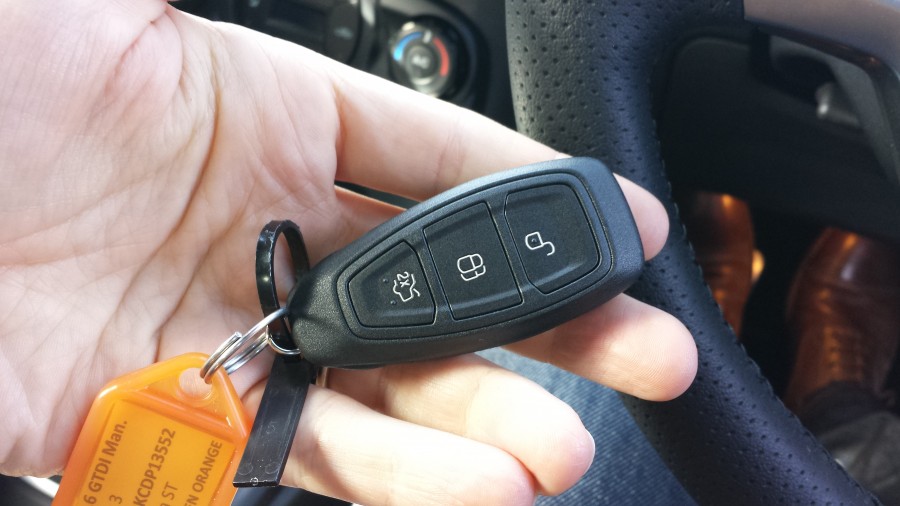 There was a time when a car key was simple. It was made of metal. It opened the doors, the boot and turned on your engine. The humble car key has changed a lot over a few short years and has gained plastic, buttons, computer chips, and, in some cases the actual key itself has disappeared.

Now Ford has gone one step further with its MyKey, which makes its first appearance with the debut of the 2014 Fiesta ST this September.

Considering that young Australian drivers are over represented in road accident fatalities and injury statistics, Ford’s MyKey technology is designed to provide peace of mind for parents who have children of driving age.

The MyKey lets car owners and parents put restrictions on different parts of the car in order to promote safer driving.

This industry-first technology works by recognising different keys for the same car and adjusting the vehicle’s settings depending on the owner’s requirements. So, as a parent, for example, you could keep one ‘master’ key, which has no restrictions, and give a restricted and locked MyKey to your son or daughter, which includes a number of safety related settings including:

– Completely disabling the stereo system if seatbelts are not used

– Stopping the seatbelt reminders from timing out

While MyKey can’t intervene and prevent an accident, Ford and Lincoln Executive Vice President of Global Marketing, Sales and Service said, “On-going research around the world and in Australia has continually identified that driver distraction and excessive speed are among the key factors in many road accidents for younger drivers. MyKey directly addresses these factors.”

MyKey technology will be first available in Ford’s Fiesta ST, and it will also roll out in other Ford models from 2014 onwards.