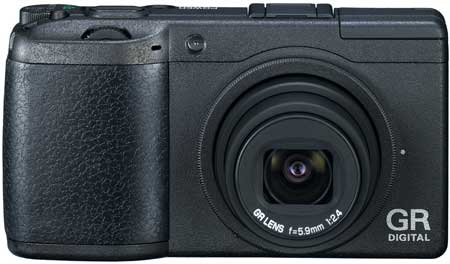 Ricoh Photographics have announced the release of the second function-enhancing firmware update for its GR DIGITAL II, a high-resolution compact digital camera launched in November 2007.

They make it possible to update already purchased GR DIGITAL II cameras with the latest functions. This is the second release of function-enhancing firmware for the GR DIGITAL II; the first release took place on March 27, 2008.

The function-enhancing firmware and instructions for using these functions can be downloaded free of charge from the Tasco website (link opens in new window).

The enhanced functions include:

For image processing with noise reduction priority, the following ISO sensitivity settings can be selected: “ISO401>”,
“ISO801>”, and “ISO1600”.

When the set aperture value will result in overexposure because the light is too bright, the camera will automatically raise the aperture value to enable shooting with the correct exposure.