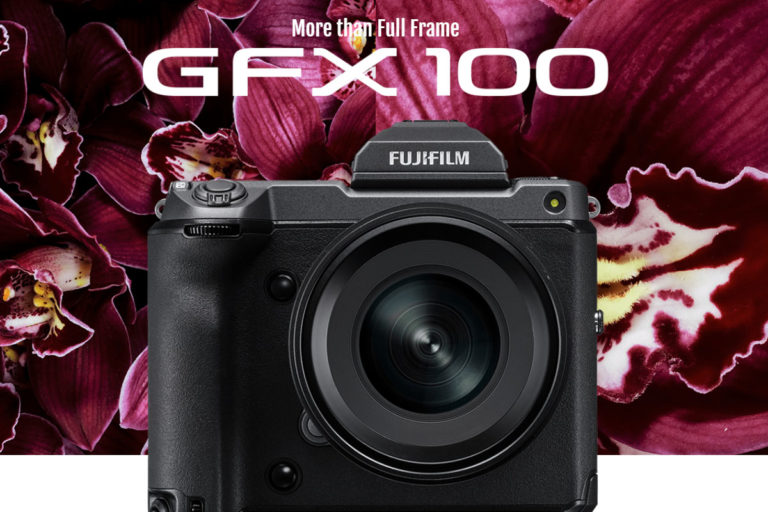 Oh. My. Goodness. Four hundred megapixels in a camera? That’s now available – for some photos – in the Fujifilm GFX100 large format digital camera.

The Fujifilm GFX100 has been around for a couple of years now. It is, of course, an interchangeable lens camera, with eight prime lenses and three zooms available in the G Mount fitting, along with a 1.4x teleconverter. Large format means that the sensor is larger than full frame. Full frame sensors are roughly the size of a 35mm film frame: around 36mm by 24mm. The Fujifilm GFX100 has a 43.8mm by 32.9mm sensor and delivers pictures with a resolution of up to 11,648 by 8,736 pixels. Which works out to 101.75 megapixels.

By way of comparison, the new iPhone 12 has a 12MP sensors in its cameras, premium APS-C interchangeable lens cameras tend to offer around 25MP, and quality full-frame cameras are typically in the 24MP to 60MP range.

But one of the key features of the Fujifilm GFX100 is in-body optical image stabilisation. And that means that the sensor can move. And, it turns out, that it can move under power. Yesterday (that is, the 25th of November 2020) Fujifilm released a new firmware for the camera: Version 3.00. Amongst other things, it adds a “Pixel Shift Multi-Shot” function to the camera.

This takes four shots in rapid succession. It moves the sensor one half-pixel width between each shot: across, down, then across the other way. The output shots are then imported into “Pixel Shift Combiner” to create the 400MP photos, with the result being created by quadrupling the grid and filling it with the appropriate pixels from each of the captured images.

I’m guessing a little bit here. The press release says that the camera creates 16 RAW images. Four would suffice, I would have thought. And it looks like the Pixel Shift Combiner is external software running on a computer.

Anyway, the end result is a 400MP photo.

I went through some of how this works when I played with the Panasonic DC-G9 camera back in 2017. That link illustrates the difference in detail that quadrupling the resolution can produce. Except that that camera was going from 20MP to 80MP. The Fujifilm GFX100 is going from 100MP to 400MP. It will have the same drawbacks, too. This mode is only suitable for still subjects. Since the four (or 16) shots are taken in sequence, any movement will smear things. So the camera must, absolutely must, be stand mounted.

Indeed, Fujifilm seems to be pitching this higher resolution mode for the archival and cultural preservation fields. But it could also be used for portraiture, still life, architectural and even scenic photography. Just so long as a flock of geese aren’t flying through the scene.