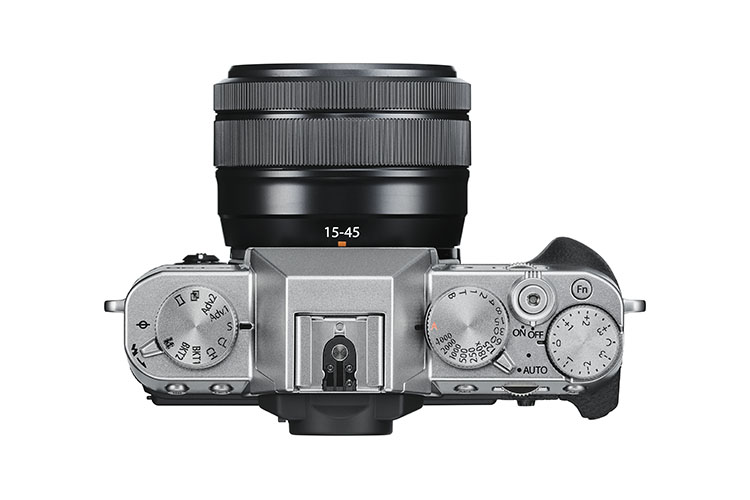 The first of the new cameras is the latest addition to the Fujifilm X series: the Fujifilm X-T30. This is the newest in what one might call Fujifilm’s more affordable line up of mirrorless interchangeable lens cameras. The current premium model is the Fujifilm X-T3 (see our review here).

The Fujifilm X-T30 uses an APS-C-sized sensor running to 26.1 megapixels. Interestingly, Fujifilm says that this camera hardware is “capable of delivering still photographing performance similar to that of the flagship FUJIFILM X-T3.” That’s thanks in part to a high native sensitivity of the sensor, with an ISO of 160. Of course, it also uses Fujifilm’s X-Trans sensor, which avoids picture aliasing without the need for a low pass filter.

Video up to 4K at 30 frames per second is supported. Rather than merely cropping the frame, the camera uses 6K capture and rescaling on the fly to 4K. Recording with 4:2:2 10-bit colour resolution is available through the HDMI connection.

Fujifilm says the Fujifilm X-T30 camera will be available in March 2109.

In the same month the company is also launching the Fujifilm XP140, a tough compact camera with underwater capability. This $299 model has a 16.4 megapixel back-illuminated sensor and 5x optical zoom. (Yes, there’s some digital zoom available on top of that.)

The camera is IP68 rated and is good for 25 metres underwater. It also has Bluetooth and Wi-Fi for photo transfer to a smartphone. It will be available in five colours, including Yellow, Sky Blue and Lime.

The new lens is for Fujifilm’s X-series camera, including the X-T30. The Fujinon XF16mmF2.8 R WR has a fixed focal length of 16mm. That’s equivalent to 24mm in full frame world. It’s weather and dust resistant, and able to be used in temperatures down to -10 degrees C.

Also due in March, this one casts $749. A silver version will be available in May.

Fujifilm is releasing new firmware for several camera models, including the Fujifilm X-T3. For this camera, they say, the firmware will:

New firmware has also been launched for the X-T100 and the X-A5 cameras.

Finally, the latest version of Fujifilm’s Camera Remote App has been announced. The iOS version will appear at the end of March 2019, while that for Android will come at the end of May 2019.

The apps allow transfer of images and video to the phone or tablet, browsing from the remote device, geotagging from the smartphone, remote shooting and camera firmware update. Fujifilm’s website is here.