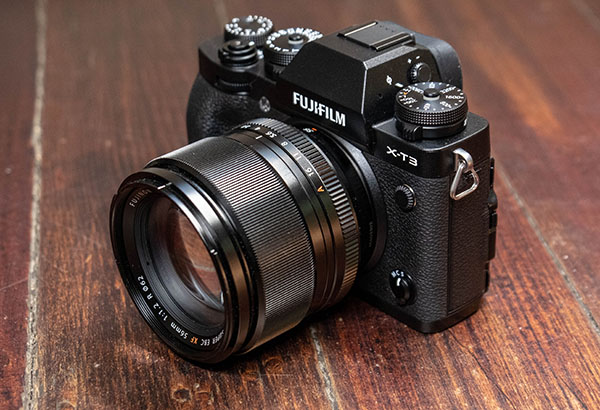 Fiji, September 2018 – Japanese photography specialist Fujifilm has released the latest in its X-series of digital mirrorless cameras. With the Fujifilm X-T3, the company is aiming to take on full frame mirrorless designs.

From the outside, the changes aren’t obvious, with the camera taking its practical and aesthetic design cues from previous models. One of the most obvious of these are the dials. Lots of dials. I confess: I fell for this camera for them alone.

You see, many quality digital cameras split their basic photo controls between mechanical dials, control buttons and a cluster of arrows. Many have exposure compensation on a dial, which makes it fast and intuitive to use. But then you might have to invoke a special mode to adjust shutter speed. The Fujifilm X-T3 has all the important stuff on dials. Indeed, there are five of them, grouped into three stacks.

Imagine you’re looking through the electronic viewfinder. To the left is a dial for ISO. Underneath it, easily turned by means of a short lever protruding from it, is drive mode. That’s for selecting things like single shots, bursts, bracketing and so on. To the right of the viewfinder is the shutter speed on top, and auto-focus priority selection underneath. To the right of that is exposure compensation.

And aperture adjustments are a ring on the lens, as they ought to be.

The common mode selection dial has been largely omitted because there’s no need for specific Aperture or Shutter priority modes. If you want aperture priority, rotate it so that it is no longer on the “auto” notch. Same thing with shutter speed and ISO. Fully manual is just having all three on specific settings rather than auto.

Of course, there’s no room on the top for an LCD display, but who needs one? The settings are all visible at a glance directly from the dials. But you also see the settings through the electronic viewfinder.

One of the unusual features of Fujifilm cameras, carried over into the FujiFilm X-T3, is its XTRANS sensor. Bear with me for a moment while I explain why this is important.

Most CMOS sensors use a Bayer arrangement of dots on the sensor. That’s how the three colours are arranged on the sensor. All sensors have half their dots as green, one quarter as red and one quarter as blue. And, of course, they are arranged in a grid (unlike film, where the light-sensitive grains are scattered more or less randomly across the surface). The problem with a grid pattern is that grids interfere with each other, and a grid can interfere with lines, especially if the line is at an angle close to, but not exactly the same as the grid. They create what are called “moiré” patterns. That kind of problem comes up repeatedly in the digital world, including audio. Devices like dithering and low pass filtering are used to get rid of these nasty and distracting patterns.

But low pass filtering reduces resolution, while dithering adds noise. So while a sensor might have, say, 26 “effective” megapixels, the resolution delivered to your final images will be lower.

The trick that Fujifilm’s XTRANS sensor use is a different arrangement of the dot colours. They are machine produced, so they can’t really be random like film. But whereas a Bayer sensor repeats each pair of horizontal lines and each pair of vertical lines, the XTRANS filter repeats groups of six horizontal lines, and six vertical lines. That makes the XTRANS sensor much closer to the random grain of film than the standard Bayer pattern. I guess, by one naïve calculation (6 times 6 divided by two divided by 2), XTRANS is nine times more random than Bayer. All that’s my interpretation. For its part, Fujifilm says that the pattern eliminates 97% of moiré without filtering, and that the remaining 3% is largely theoretical, and just above never experienced in practice.

So, what they’re saying is that their sensors of X resolution can match sensors in other brands of greater than X.

Not that they’re weak with regard to the number of effective pixels. The sensor in the Fujifilm X-T3 is up slightly over the X-T2 with 26.1 megapixels in the APC-C sensor. The maximum frame size is 6,240 by 4,160 pixels (which works out to 25,958,400 pixels, which to my eye looks to be fewer than 26.1 megapixels, but the ways of camera specifications are sometimes strange). Perhaps more importantly, sensor sensitivity has been increased by adopting a back-illuminated unit in this model.

Just about everything else has been upgraded as well: more focusing spots, faster bursts and so on. But particularly noteworthy is the upgraded cinematographic capabilities. Greatly upgraded. Fujifilm says that the Fujifilm X-T3 is the first APS-C class camera capable of recording UltraHD at 60 frames per second with 4:2:2 colour resolution without cropping. It’s simpler use the 8MP section in the middle of the sensor. This camera uses the whole sensor and scales it down to 8MP. The 4:2:2 colour resolution is twice as high as the more common 4:2:0 rating. Furthermore, it can do that with 10 bits of colour depth and a 2-stop improvement in dynamic range to 12 stops.

At the launch, Fujifilm dropped a word which didn’t lodge in my brain at the time, even though it passed through my fingers into my notes. That word is “intra-frame”. Fujifilm says that the camera is capable of “all intra-frame recording”.

And that calls for another brief technical discussion. Advanced video compression formats, like H.264 and H.265 (the first is standard for Blu-ray, and the second is standard for UltraHD Blu-ray) use three frame types. Intra-frames are compressed purely individually, without reference to anything else. These are the higher quality frames. In a DVD or Blu-ray, they are typically only about every 12th or 15th frame. The other frames are “B” or “P” frames.

The data for these frames describes them by their difference with “I” frames and with each other. Since any one frame is likely to be similar to frames just before it or just after it, that allows for higher compression ratios. But because the frames refer to each other, and each frame appears at a different time to the others, poor compression can sometimes lead to weird, time-domain distortions in the video, like parts of a face seeming to move differently to other parts of the same face.

With this camera, the all intra-frame recording requires a bitrate of 400Mbps for UltraHD and 200Mbps for full HD. And, consequently, a memory card capable of accepting such high bitrates. Fujifilm recommends a Video Speed Class of 60 or higher. (See here for a discussion of such things.)

The camera can record to SD card and its HDMI output at the same time. There’s also a 120 slow motion mode at full HD.

The camera also has all the good stuff you’d expect, including a rear tilt screen for shooting from odd angles. None of this comes cheap. It’s available in black and silver. The Fujifilm X-T3 will be available by the end of this month for $2499 for the body.