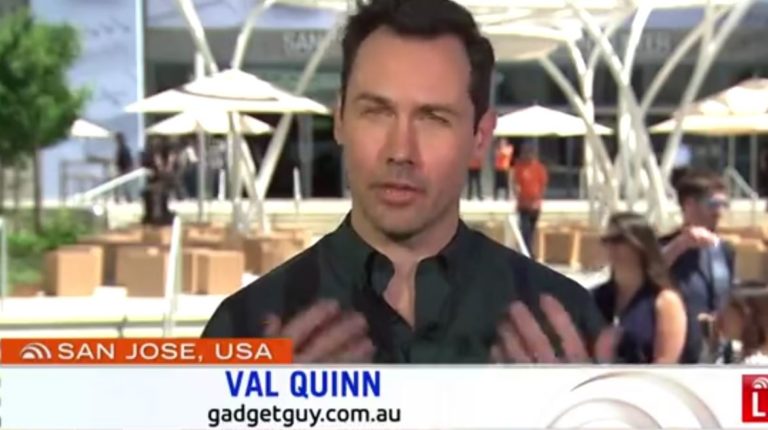 GadgetGuy Val Quinn is over at Apple Worldwide Developers Conference 2018. The conference is all about software, not hardware. In fact, it is mostly about iOS 12.

GadgetGuy is a guest of Apple at its prestigious Worldwide Developers Conference 2018. We will be bringing you all the news from the conference held in San Jose, CA, June 4–8.

iOS 12 (Full list of features here) will be here in our Spring. It will run on iPhone 5s or later, iPad mini 2 or later and iPod 6th generation.

Areas of improvement include:

Apple claims up to

The claims are based on an iPhone 6 Plus supporting normal peak performance. Comparison between Pre-release iOS 11.4, and Pre-release iOS 12. Keyboard tested using Safari; Camera tested by swiping from the Lock screen. Performance varies based on specific configuration, content, battery health, usage, and other factors.

Perhaps more interesting is that these performance increases should improve older hardware.

FaceTime for up to 32 people

If you have that many friends, then this is a neat extension of the app. Group FaceTime can start from a group thread in Messages. As it is impossible to see 32 people on the screen it highlights the current speaker and past speakers.

You can now create an emoji of yourself replete with different clothes, hairstyles, and use it as an alter ego. There are four new Animoji — koala, tiger, ghost, or T. rex.

ARKit 2 allows developers to create more immersive augmented reality experiences — even ones that multiple people can experience simultaneously. AR objects can be sent with Messages and Mail, then viewed in the real world. And a new AR app in iOS called Measure helps you measure real-world objects just by pointing your camera at them.

Notification controls and do not disturb

iOS 12 gives you new ways to reduce interruptions throughout your day. You can now manage your notifications in real time from the Lock screen, sending notifications from a specific app to Notification Centre or turning them off altogether. Siri also makes intelligent suggestions about your alerts based on how you interact with them. And message threads and notification topics are grouped, so it’s easier to see what’s important at a glance.

You can set Do Not Disturb just for a meeting or while you’re at a location, and it will automatically turn off as soon as your event ends or you leave that place.

A new way to share photos. Enhanced photo search too

The new For You tab shows you great moments from your photo library and intelligently suggests sharing photos with the people in them. And if the recipients are using iOS 12, they’ll be prompted to share their photos from the event with you, too.

Search suggestions are a new way to help you find the exact photo you’re looking for or rediscover a great one you forgot about. Even before you start typing, you’ll see suggestions for recent events, people, and places. And as you type, the results are smarter and more powerful, and you can refine them by adding multiple keywords.

Safari now prevents Share buttons and comment widgets on web pages from tracking you without your permission. Safari also prevents advertisers from collecting your device’s unique characteristics, so they can’t identify your device or retarget ads to you across the web.