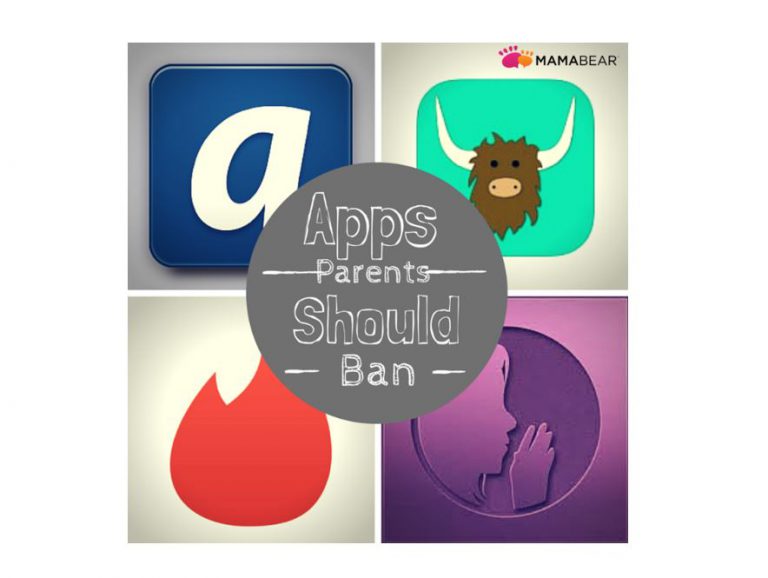 “Internet Addiction Disorder is real. Its all about the instant gratification we feel when we post something and get a like. Or we habitually check Facebook for fear of missing out (FOMO),” said Val.

That feeling can become addictive. That’s not just vanity. It is a chemical reaction involving the neurotransmitter dopamine and a reward pathway in the brain similar to the one that controls other addictions such as food or drugs. Seriously — Internet Addiction Disorder is a real thing. Symptoms include

“The internet is a dangerous place. Unrestricted and unsupervised use is dangerous, especially for early teens that are yet to develop their sense-of-self,” said Val.

GadgetGuy has identified apps that a teenager should not use unsupervised

The list is much longer if you include ‘secret apps’ that disguise posts, photos and other personal contacts.

Omegle claims it is a great way to meet new friends. It selects someone at random and sets up a one-on-one talk. Or, you can add your interests, and it will look for someone who is into the same things as you. It has been called the Russian Roulette version of chat.

It claims chats are anonymous, and video is ‘machine’ monitored. But reports show it is not always so. The danger is revealing too much information or skin. And while it is for 18+ years, there is no way to check. It has an unmonitored/uncensored option too – guess which is most popular!

Wishbone masquerades as a quiz app

Wishbone’s appeal is that you can join with your friends and celebrities and vote on the Daily and Nightly Dozen! You get a series of pop culture-based questions with two distinct choices twice a day. You pick a side, then see how your friends voted!

It is rated 17+, and the terms of service specify it’s for ages 13+. It forbids sexually explicit and illegal content. Again this is not policed. Teens can connect via Facebook, and that information becomes available to Facebook advertisers.

It is an advertiser’s dream – knowing what you feel about almost any topic. It gives them the ability to slip in questions or be featured in the daily dozen. Advertisers love Wishbone as it can help them go viral.

Remember that the cost of any free product is you! Teenagers often don’t realise the consequences of sensitive information they give away.

Parents should be concerned about

On the dark side, hackers stole 2.2 million email addresses and 287,000 mobile numbers from Wishbone. Many users are young women under the age of 18.

Whisper is a gossip site

Whisper is an online community of 20 million users. It allows users to anonymously post their innermost secrets (confessions) and statements to the public. Also to send private messages to other users — all without revealing their identities. It has about 3.5 billion-page views a month.

Business Insider called it as an ‘open-source diary’. The format differs from Facebook and Twitter because statements are anonymous. It also appears to be a substitute for Catholic confessional – owning up to acts of contrition hoping for catharsis.

Some 90% of Whisper users are between the ages of 18-24. Younger teens should not use the app, but that does not stop them.

Parents should be concerned as it allows children to hide behind a veil of secrecy and make vile, baseless and harmful statements. Throw enough mud, and some will stick.

As confession vehicle, it relieves kids of responsibility for their action without the Hail Mary’s. It also exposes children to uncurated and voyeuristic content that is likely to sway opinions from the ‘norm’.

BurnBook is another anonymous app for posting text, photos and audio rumour messages about others. Here is what the company says in its marketing:

Its marketing refers  to the Mean Girls movie

The app uses your location to group messages by school and college locations. It has an age restriction 18+, again unverified.

It has been in the news recently for encouraging anonymous cyberbullying and threats of violence to American high schools.

Again it is anonymous. You don’t need to sign in, and you don’t create a username. As a result, it gives kids the ability to pick a name, and open up anonymous judgment from the community.

AskFM – a Twitter-like feed for teens

Ask.fm is an app doubling as both a social network and question and answer platform. On a typical day, questions on Ask.fm might include: “What did you forget to do today?”, “Have you walked the dog?”, or “Are you married?”

Ask.fm has become a hotbed for bullying. You will mean questions about a person’s weight, height, and physical appearance; nasty comments inciting users to hurt themselves and wishing they were dead; and messages like those Hannah Smith received that lead to low self-esteem, depression, and suicidal thoughts.

In August of 2013 a 14-year-old girl in Britain, Hannah Smith, committed suicide after receiving abusive messages.

Cyberbullying is by far the largest problem on Ask.fm. Its question and answer format allow its cyberbullies to target specific users. They then pose mean-spirited questions about them to Ask.fm’s big social network. Also, predators can find teens on Ask.fm, using their profiles and personal information to establish contact and build relationships with potential victims.

Ask.fm is frequently cited as an example of the problems anonymous social media can cause. In this case through its combination of offline contacts who know each other well, and online anonymity.

The dishonest apps that teenagers should not have on their smartphone.

Family Education says, “Sit down with your child and find out which apps she’s using, how they work, and whether she has experienced any issues on them, such as cyberbullying or contact from strangers. Look into apps that help you monitor your child online.”

GadgetGuy has recently looked at Family Zone that seems to cover many bases. Many Australian schools use it to limit smartphone use on premises. Alcatel includes this app on its new model phones to help fight internet addiction disorder.