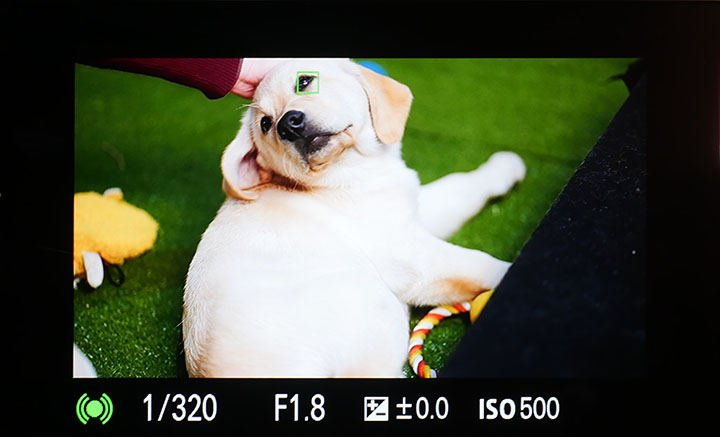 15 May 2019, Max Watts House of Music, Sydney – Sony’s annual display of wares showed, this year, an interesting focus on what some would consider to be a niche market: vlogging. But there was more to be gleaned from Sony Sessions 2019 than just that.

When I was a youngster Sony was all about TVs, then video players and Walkmans. And, of course, the CD player. The Sony CDP-101 was one of the first two players on the market. The other was from format co-developer Philips, and where’s that brand now in the consumer space?

When Sony started selling cameras here, I confess to a prejudice against it. Why would you buy a camera from a TV and audio company? There were plenty of good options from traditional camera businesses. But after innovative, if clunky – remember the Sony Mavica cameras with their floppy disk media? – beginnings, Sony now does imaging at least as well as any other company in the world.

Much of this was because of its alliance with Zeiss in the creation of a fine line of lenses. There are now 49 lenses available for Sony’s interchangeable lens cameras. And much was because of Sony’s development of high quality sensors.

But much of it is because of the electronics and processing that turns the signal from the sensor into an image.

These days, that processing is being continually improved, with new features being added to existing hardware. Which brings us to the Sony a7 III and a 7R III cameras. We reviewed both of these glorious gadgets here and here, respectively. But you can forget about all the amazing stuff we mentioned in our reviews because they’ve been trumped by a feature in their latest firmware update. That new feature allows them to recognise dogs and lock onto their eyes as the focal point. What more could you want?

Naturally, Sony had some puppies there to demonstrate.

That feature is also planned for the top-of-the-range Sony a9.

Eye tracking is useful even when the subject is merely human. Sony had one of its new a6400 cameras on a small camera grip/stand, running in video mode and feeding a TV. We reviewed that camera here the other day. The a6400 is especially good for this role for two reasons. One is that its rear monitor can fold all the way up by 180 degrees, so you can see how you look on the camera’s own screen. You don’t need a TV monitor. The other is something called “real time tracking”, which maintains the focus of the camera on a face, even when its moving. When you become your own vlogging talking-head, the fact that your camera will follow you side to side, up and down, and maintain focus, gives you considerable flexibility.

I must say that the picture quality presented on the Sony (natch!) TV displaying the camera output was easily broadcast quality. These days someone with a $1,700 camera can produce content which looks as good as that from a modern TV studio.

Next to that was a similar setup, but this time using the latest version of Sony’s action cam, the RX0 Mk II. That offers UltraHD recording, high robustness and compactness. And the Mk II adds optical image stabilisation, helping when your blogging is live and on-the-spot, instead of in your home studio.

Someone at the event asked: Why? Why not just use a phone? Sony responded that a big part of the reason was sound quality. It noted that why viewers are often tolerant of weak video quality, but harsh on audio defects.

At Sony Sessions 2019 the company explicitly said that it was targeting vloggers. It has set up a website for them at sony.com.au/vlogwithsony.

They are all, of course, Android TVs. But the layout of the menus looks to have improved in recent times, making them easy to use. Google Voice Assistant is included, so you can tell them what to do or what to search for. The more expensive range has a microphone built into the TV for this purpose.

The picture processing stuff has been upgraded. The lower cost X8500G range now include support for Dolby Vision, which seems to have become the winner in the market for better-than-HDR consumer picture standards. The higher cost X9500G range include Sony’s top of the range picture processor, along with full array backlighting.

That improves picture performance by changing the brightness of the backlight in particular zones to optimise the picture. For example, should there be a dark corner in the scene, the backlight in those areas is dimmed. So, the question is, how many zones? The more zones, the more precise the brightness control and localisation. Sony was strangely coy on this point.

I am working on a review of the 55-inch version of this TV. Come next week to see my best (and may I say, disappointing) estimate.

One fascinating product shown off at the Sony Sessions 2019 was the Sony PS-LX310BT turntable. Yes, vinyl’s semi-resurgence continues.

This is a belt-driven model with four output modes. One is Bluetooth – and it supports the aptX codec for reasonable quality. There is also a line level analogue output. That shares the same set of cables as the phono level output. A switch on the back selects between these. Finally, there’s a USB Type-B socket. You can plug the turntable into your computer so that you can record your vinyl collection digitally. Backups, I suppose.

This was a neat looking turntable. It has both speeds – 33 1/3 and 45 rpm – and will automatically place the stylus in the correct place. The size of the record is predicated on the speed – 7 inches for 45 and 12 inches for the slower speed – so with some non-standard vinyl the needle will need to be placed manually.

Other things at Sony Sessions 2019

Sony Sessions 2019 highlighted several other products. Almost the whole range of Sony’s Extra Bass portable Bluetooth speakers have been upgraded. Most have IP67 ratings for dust and water resistance. There was also a larger Bluetooth speaker, which included an FM tuner and a fold-out table on top to hold one’s drinks. The Sony PG10 was designed with US-style tailgate parties in mind and provides up to 13 hours playback.

Its sound was big.

The final thing to catch my eye was a cute – but oh-so-expensive – portable Bluetooth and Wi-Fi speaker. This was the LSPX-S2 “Glass Sound Speaker”. It’s 277mm tall. Most of the height consists of a glass tube containing an internal light which flickers gently and warmly like a candle.

The glass tube is actually an acrylic resin. There are three actuators on this that make it vibrate omnidirectionally with the high frequencies in the signal. Underneath it, an upwards-firing midrange driver providing the lower frequencies. (Sony calls this a woofer, but I can’t bring myself to use that word for a speaker driver that’s only 35mm in size.) It is supported by a passive radiator. Sony says the unit can produce frequencies from 60 hertz to 40,000 hertz.

The Wi-Fi allows the speaker to be fed music from Spotify Connect (if you have a subscription) and DLNA.

It’s remarkably heavy at a little over 1kg. And it produced an amazingly full sound for something so small.