Get the sought after Manaphy Pokémon character for Nintendo DS 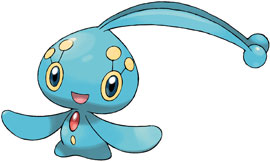 For one week only, consumers will have the opportunity to use their Nintendo DS® in JB Hi-Fi stores nationally to receive the sought after Manaphy Pokémon® character.

The Manaphy distribution celebrates the release of Pokémon Movie 9: Pokémon Ranger and the Temple of the Sea, which stars mysterious Manaphy, and will be available in JB Hi-Fi stores from 7 November.

Manaphy has an exclusive move called Heart Swap, which switches healing effects with other Pokémon. To add to the excitement, Manaphy will appear inside the elusive Cherish Ball, a special Poké Ball only available through character distribution at events.

To receive Manaphy, consumers can visit any of the 78 JB Hi-Fi stores around Australia during the 7 – 13 November 2007.  Consumers must also bring a Nintendo DS and a copy of either Pokémon® Diamond or Pokémon® Pearl, and must have obtained the Pokédex.

Once in JB Hi-Fi, consumers need to follow the simple instructions which can be found on http://www.nintendo.com.au/nintendo/news/index.php. JB Hi-Fi staff will also be available to assist any consumers with the character distribution.

Coming 22 November is Pokémon® Battle Revolution where Pokémon Diamond and Pokémon Pearl players can copy their Pokémon characters from the DS games into a spectacular 3D environment on the Wii? and battle players around the globe via the Nintendo Wi-Fi Connection. Pokémon Battle Revolution is the first game to link the Nintendo DS and Wii systems.