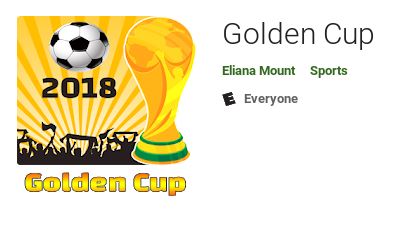 The Golden Cup app offers free streaming and statistics from past and present FIFA world cups. The only problem is that it is spyware. It has been taken from Google Play.

It got past Google Play’s strict checking using a phased-approach. The app itself was not spyware but what it did to Android afterwards was.

Don’t confuse this with legitimate apps like CONCACAF Gold Cup, Gold Cup 2017 and official FIFA World Cup apps. This was clearly a case of passing off.

This threat campaign, called Android/FoulGoal.A, looks like a typical sporting app with general information and background around the games.

First, in the background and without user consent, the app silently transfers information to cybercriminals, including

Second, it has a spy function to steal SMS messages, contacts, multimedia files, and device location from infected devices.

Data is exfiltrated using encryption and sent to the Command and Control Server.

But the Golden Cup style of app does not stop there

McAfee has found two other variants created by the same authors published to Google Play as dating apps. They have been taken off Google Play, but it still sees indications of infections from telemetry data.

Download telemetry data shows global spread. But most downloads took place in the Middle East. This was most likely because of a World Cup-themed Twitter campaign in Hebrew. It told people to download the app for a breakdown of the latest events.

GadgetGuy’s take. Come in spinner. Golden Cup is just one of many fake apps

It is a shame it got through Google Play’s checking.

The Bad Guys get smarter, and in turn, Google Play gets wiser. It is a game of cat and mouse.

We received information about the Golden Cup from several security companies. The article was compiled mainly from McAfee information and supplemented by information from Norton.

How to Stay Smart online from McAfee