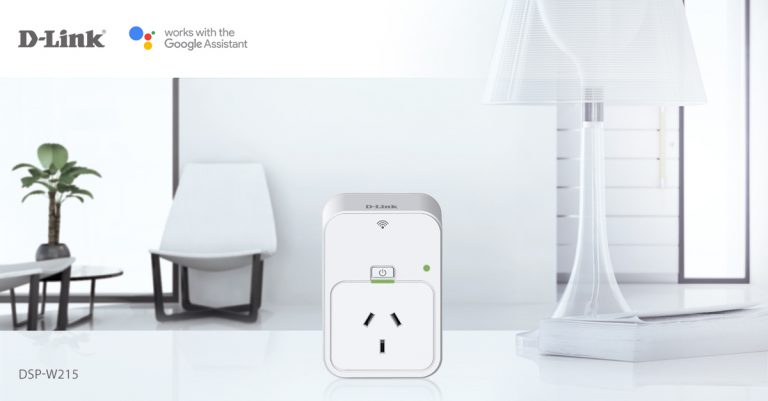 The change to home automation that Google Home and Apple HomeKit are bringing about is twofold. First, both systems are easy enough for the home user to install. And to use, thanks to Siri and Google Assistant.

Second, two big players competing against each other for the contents of consumer wallets is always good for the end user, both in terms of cost and the quality of the products.

Of course, there are all manner of specialised devices that are compatible with the competing systems. But D-Link has introduced one of those utility products that are likely to be so useful that homes will be buying several. It’s called the D-Link Smart Plug. The concept is ever so simple: it is a little box with a three prong power plug on one side, a three slot power socket on the other side, and WiFi smarts on the inside.

And support for the Google Home protocols.

Want your jug already boiled in the morning when get up? Plug the jug into the Smart Plug. Plug the Smart Plug into a wall socket. Talk to your Android phone and tell it to switch on the power to that socket at 6:40am. Done!

Back in the 1970s and 1980s there were lots of audio gadgets – CD players and cassette players in particular – that had a “timer” mode. When engaged, they would automatically start playing whatever was in them when power was applied. Usually that was by means of a timer on the power point.

After a while this feature faded away, presumably through lack of interest.

To be completely effective the D-Link Smart Plugs require products that can remain in a state of readiness until the power is applied. Will your toaster lock down with the bread in place with the power off? Mine won’t. My kitchen’s electric jug has a “safety feature” that switches if off if power is interrupted.

On the other hand, are you sure you switched off the iron after quickly doing that work shirt this morning? Wouldn’t it be nice to be able to switch off the power from your office, just to be sure?

Two things do seem clear. First, we’re likely to see more home appliances appear with built in Google Home and Apple HomeKit compatibility. Second, there’s going to be some pressure on lesser appliances to include a mode where they can sit unpowered, idle, ready to leap into action once power is applied.

D-Link Smart Plugs are available now from plenty of major retailers, priced at $49.95 each, or in twin packs for $89.95.