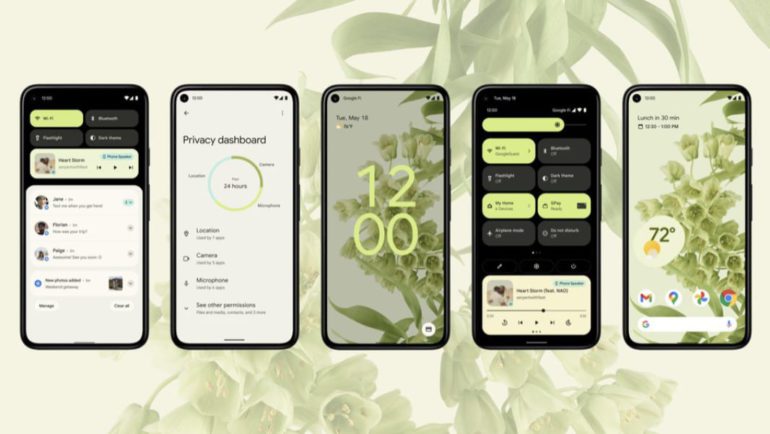 Unveiled overnight at the virtual Google I/O Developer Conference, the Android 12 Beta includes a range of new privacy protections as part of the “Android Private Compute Core”. It is open-source, meaning that it is fully inspectable and verifiable by the security community.

New features include the ability for users to only share their general location with an app rather than grant the app access to GPS-specific location data. Pop-up notifications alert users when an app uses their phone’s camera, microphone or GPS, even when the app is running in the background. Users can easily revoke app permissions.

Android 12’s new privacy dashboard offers an overview of how different apps are using data. This makes it easier for Android users to maintain more granular control over which apps and services can access their various personal information.

Google is also enhancing the privacy and security of AI-driven features. These include Live Caption (which displays captions based on audio), Now Playing (which displays details of the current song) and Smart Reply (which suggests short responses to messages and emails). For these features, the audio and language processing happens on the device rather than in the cloud.

Android’s new privacy push is mostly playing catch up with Apple iOS, with Apple long touting privacy as a strong selling point of its mobile devices.

The Android 12 Beta 1 launches today, with Google confirming it is coming to smartphones from Asus, OnePlus, Oppo, Realme, Sharp, TCL, Vivo, Xiaomi and ZTE. Based on previous Android releases, the final version of Android 12 will likely be available in September. It should come preinstalled on the Google Pixel 6 smartphone, expected later this year.

Google also announced a range of other new privacy features across its ecosystem as part of its “Safer with Google” initiative.

A new “quick delete” feature deletes the last 15 minutes of the Search history with a single tap in the Google Account Menu. The Locked Folder in Photos can now be password-protected. The Maps Timeline now reminds users if they have enabled Location History and lets them easily disabled it from within the Timeline.