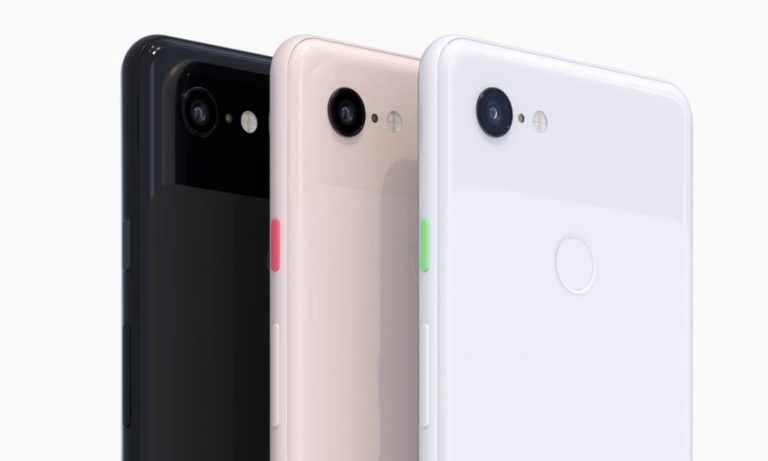 The Japanese have a saying, “Mochi wa mochiya” – for rice cakes go to the rice cake maker. I am beginning to think that for pure Android at its best go to the pure Android maker. Enter Google’s Pixel 3 and Pixel 3 XL.

To carry the Japanese sayings further, “Motoki ni masaru uraki nashi” – no fountain can rise higher than its source. What I have found in using the phone for a few days pre-release is that Google knows its stuff (with the help of the HTC crew/technology it bought last year). It wrings every scrap of performance and intelligence from the flagship Qualcomm 845 processor and thumbs its nose at the multi-camera movement.

I am sure Google engineers said, “Let’s prove that multiple camera lenses are the lazy way to take better photos.” Google’s single camera is class leading, and its AI smarts make taking a good shot easy.

This is the first look – a full review will take another week or so.

The two phones are almost identical save the screen, battery and weight so don’t feel shortchanged if you buy the more pocketable Pixel 3. That is a clever move by Google as often other brands make unacceptable compromises between Standard and Plus sizes. So we will just refer to it as the Pixel 3 in this overview.

My review unit is ‘Just Black’, but it also comes in Not Pink and Clearly White. I love the attention to detail with the soft touch matte textured Gorilla Glass 5 back that gives great grip and eliminates all but the oiliest of fingerprints. It has a full aluminium frame and fingerprint magnet Gorilla Glass 5 on the front. That is good to minimise the risk of cracks when dropped, but I recommend a tempered glass screen protector and bumper case as well.

Missing, on purpose, is a microSD slot. Google offers unlimited photo and up to 4K video Photo Cloud storage. Its cloud allows for facial, scene and location recognition to help organise photos.

The catch 22 is that in Australia mobile data is costly, so you need to ensure cloud transfer uses Wi-Fi only. But it also supports OTG which means that you can plug in an external USB-C or SSD and use Files to transfer data to that device. Considering a 128GB USB-C flash drive is about $50 it is cheap backup storage.

Compared to last year’s flagship 835 it is about 25% faster, 30% faster graphics, better battery management, has Quick Charge 4, and a 3rd generation Hexagon DSP for advanced AI.

Google has slightly underclocked the chip to ensure good thermal management. Initial multi-core GeekBench tests show it is about 15% slower than the LG V40 ThinQ but its faster than the Huawei P20 Pro.

We are yet to analyse how ‘standard’ the Pixel 3 implementation of the 845 hardware is (as it should be) or if it has used other component brands for cost saving.  We suspect that as an Android reference device it uses everything the 845 can throw at Android and that is a good thing.

RAM is 4GB and storage is either 64GB or 128GB. It is fit for purpose and will support the next three versions of Android.

It is very fast to boot, load and multi-task.

Before you laugh at a single lens, with what amounts to fairly average hardware specifications, consider that the superseded Pixel 2 rates 98 on the DxoMark. Only recent flagships like the Huawei P20 Pro, Apple iPhone XS Max, HTC U12+ and Samsung Galaxy S9/Note9 best it. I have been using the Pixel 2 as a reference camera, and I challenge anyone to disabuse me that all flagship cameras are much of a muchness.

Google says it does not need the second depth lens because of its expertise in machine learning technology. It says Pixel phones extract enough depth information from the camera’s dual-pixel sensor and then run machine learning algorithms, trained on over a million photos, to produce the desired photo effect. That is something we will test further, but it seems to have nailed bokeh with a single lens.

Pixel Visual Core (PVC) Chip. Version one was in the Pixel 2. This is proprietary hardware meaning only Pixel 2 and 3 have it. It comprises an A53-ARM 426MHz processor, 512MB LPDDR4 DRAM and an eight-core Image Processor Unit connected to the processor by a PCIe bus. Call it a photo supercharger!

All the PVC APIs and software are part of Android Oreo or later. So, while other Qualcomm 845 based smartphones may use its Spectra 280 image processor, Pixel 3 has a hardware and software advantage. Further testing will determine how much of an advantage.

We need to explore the statement, “machine learning algorithms, trained on over a million photos, to produce the desired photo effect.”

Google admits that it uses photos stored in Google Photos (not any personally identifiable information) to hone the algorithms. Bokeh (called Portrait mode) comes from recognising what a person looks like and using PVC post-processing power to put the background out-of-focus.

Night Sight produces almost day-light like shots in low light by recognising the subject and ‘colourising’ it. Suffice to say the low-light results we saw are amazing if a little colourful. This feature is not yet available here. We won’t go down the ‘skin-tone’ rabbit hole yet.

Top Shot is all about automatically taking a bracket of shots and having AI analyse the perfect one! When you upload to Google Photos, the bracket comes along with it allowing you to make manual selections later.

Super Hi-Res Zoom uses AI to fill in the details despite Pixel 3 not having an optical zoom. It is very good.

Selfies have a dual 8MP f/1.8 (75° normal, autofocus) and f/2.2 (97° wide-angle, fixed focus) lens capable of taking a single selfie and expanding out to a group. The Top Shot feature also looks for blinks or other flaws to get a great selfie. Video is 1080@30fps.

Playground Playmoji characters react to each other and you. New Playmoji packs coming soon include characters from the Marvel Cinematic Universe and everyday fun like Sports, Weather, Pets, and Signs.

We have only used it for 24-hours, but power was completely exhausted in about 12 hours. It is too early for the Qualcomm 845 and Android Pie adaptive battery management to kick in – we will see how it fares in the review.

Both use a pOLED screen.

Being OLED, they are VR/AR and Google DayDream ready and have 100% DCI-P3 colour gamut and HDR+. Initial tests are 400+nits and infinite contrast – you can’t ask for better. The adaptive mode allows colours to suit users tastes.

The sound is via stereo front-facing speakers. It is fine for handsfree and not bad for music. Google it is 40% louder than the Pixel 2.

It has Cat 16 (1Gbps/75Mbps) and a single nano-sim. There is an eSIM as well (not activated yet and could, in theory, be a dual sim). It supports VoLTE and VoWiFi.

But it only supports Google Chrome Cast – not Miracast. If you rely on that, then this may be an issue.

Most people are addicted to their phones. Digital Wellbeing is a suite of tools to help you understand how you use your phone.

There is everything Android Pie offers including Google Assistant. It promises three years of OS and security updates.

Both have rear fingerprint readers.

Active Edge allows you to allocate actions to edge squeezes.

These are truly ‘Made by Google’ products – minimalist, fast, secure and a great camera. On our review scale, it is 4.5 out of 5 – although we reserve the right to change that when doing the full review.

It learnt from Pixel 2 and 2 XL and kept what was already great about them – the camera, the software, and the understated feel.

iFixit has a full teardown  and declares it is almost 100% Qualcomm – that is good.

Would I buy a Pixel 3 if money was no object?

Yes, but there is a but coming!

BUT, there are so many excellent flagship smartphones that it is increasingly hard to differentiate. By the time you read this, the new Huawei Mate 20/Pro will launch, LG V40+ ThinQ may come here, Sony Experia XZ3 and Samsung are feverishly working on finishing touches to its Galaxy S10 to retain the crown.

What I will say is that I would be perfectly happy with the Pixel 3 or XL. And I was impressed with the Quick Switch Adapter (USB-A female to USB-C) and software that transferred everything from my Note9 very efficiently. It also works with iPhone, Blackberry and Windows Phone transfer. In Android to Android transfers the worst it will ask for is a password to activate the app, (e.g. email etc.).