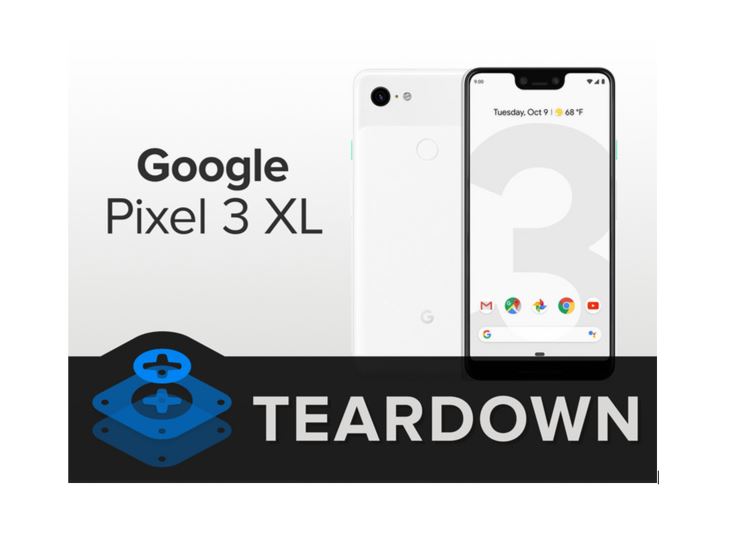 iFixit’s Google Pixel 3 XL teardown reveals an almost 100% Qualcomm 845 reference build. That and pure Android Pie give it a huge advantage over competitors using a smorgasbord of different brands/parts to achieve a price point.

Some techies may argue that Brand X has a better modem or Brand Y a better DAC etc. But the mixing of disparate components can lead to issues especially with future OS upgrades and patches.

As we said in the Google Pixel  3 XL first look, “Google knows its stuff (with the help of the HTC crew/technology it bought last year). It wrings every scrap of performance and intelligence from the flagship Qualcomm 845 processor …”

Even iFixit agrees saying (Teardown here), “If you want an almost all Qualcomm smartphone, the Pixel 3 XL is as close as it gets.”

Ten points to Google for producing the closest thing to a reference phone!

Google does add some special secret sauce to the mix, but these components work with stock standard, pure Android O and later.

First, is the Titan M security chip. It ensures that the phone boots from a known good state using verifiable code, secures the lock screen and strengthens encryption. What this means is that hackers can’t gain root access and install rootkits. If they did the phone won’t boot or be verified by Google.

Second, is the Google SR3HX Pixel Visual Core (as seen in the Pixel 2/XL). It is an image co-processor adding additional functionality to the Qualcomm dual 14-bit image signal processors. In short, that means it should outperform those phones just using the Qualcomm ISPs. Remember that Google does way more in post-processing of images to get higher DxOMarks.

And our speculation that it uses a Sony Exmor IMR363 sensor was spot on.

This is the same sensor used in the excellent LG V0+ ThinQ and many Asian flagships from ASUS, Xiaomi, ZTE etc. It may not have the highest MP or specifications, but Google knows exactly how to use what it has.

iFixit rates it 4-out-of-10 for repairability.

It says. “Swapping a cracked screen requires a complete phone disassembly, but you’ve gotta think about the back now, too. The Pixel 2 XL rear glass covered 20% of the phone— the Pixel 3 XL’s rear panel is 100% crackable. That doesn’t bode well for repairability…”

GadgetGuy says buy a tempered glass screen protector and a solid bumper case, and you will not have to worry about replacements.

And we applaud Google for sticking to a Qualcomm reference design and making sure Android uses every ounce of its smarts.