Google Pixel 4 and 4 XL – all the rumours here! 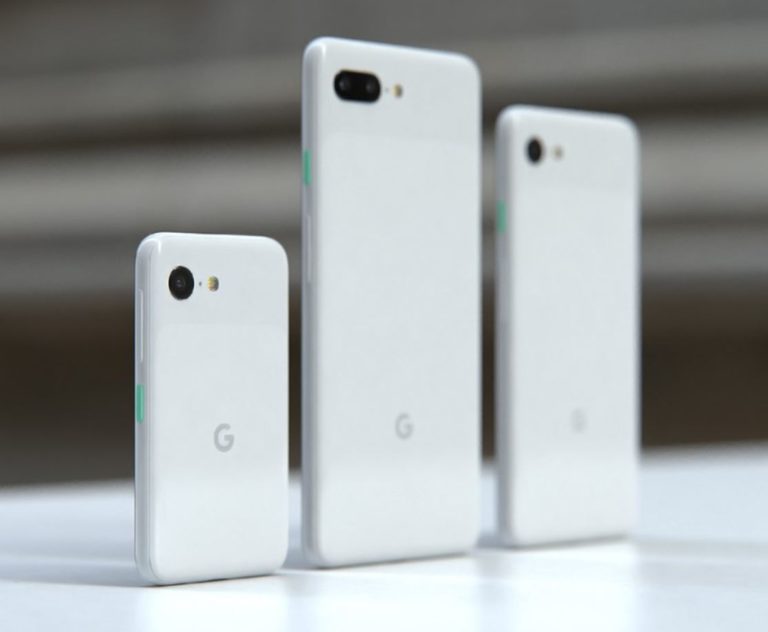 The Google Pixel series is Google’s attempt to have the purest, reference series of Android smartphones. The Pixel 4 and 4 XL continue that time-worn tradition – but with a few surprises.

Codenames are coral and flame for the Pixel 4 and 4 XL respectively. While Google never intended to make the world’s most fully featured or king of the smartphone heap they do want others to look at  it and say, “See what you can do with a Qualcomm reference design (in this case the SD855) and Pure Android (in this case Android 10 – ‘Q’).

And they succeed. There are legions of fans that would never leave the Pixel world. Fast and guaranteed updates to at least the next version of Android, monthly security patches, no bloatware and a very decent single lens camera that ties with the DxOMark for the iPhone XR and is one point ahead of the Samsung Galaxy Note9.

In our November 2018 review in November, we called it “The thinking person’s flagship smartphone” and it is a Goldilocks-style – not too hot, not too cold, just right device. In fact, it is GadgetGuy’s reference phone that we use to compare all comers with because apart from camera smarts (a Google-designed camera co-processor) it is unadulterated.

My only gripe with the design is lack of a microSD slot (Google offers unlimited picture storage in the cloud and OTG means you can plug in a flash drive). We rated it 4.3-out-of-5.

If you want the best Android phone, go to the Android maker. Enter Google Pixel 4 and 4 XL

The next version will not launch until October, so details are scant. What we understand is the HTC 13+ (if we ever see it) and Pixel 4 share much of the pedigree, but the HTC may be later than its typical May launch as 5G only.

Google is not out to gain market share by filling sales niches. Having said that there is a hole in the small pocketable market.

Qualcomm SD855 is the superchip of 2019. Google adds its photo-coprocessor and a Titan security chip – otherwise it is a reference design. That means it is a world phone, all 4G LTE bands (with a custom ROM for Australia) and no Telco software or firmware mods.

In keeping with its “I can do anything, other flagships can do” mantra it will slip in 6/128GB with a 256GB option.

And no, we won’t see a gChip – Google’s rumoured ARM chip to match Apple, Samsung and Huawei. Google and Qualcomm are too symbiotic to go separate ways yet.

There are rumours of a dual sim, but Google may stick to is single sim and eSIM (if ever Australian Telcos get around to enabling it). Whatever, you can count on dual sim concurrent use and things like VoLTE and VoWiFi.

Notch is not good so the Samsung style O-hole it is – this makes so much more sense than losing more screen real-estate to an ugly centre notch or teardrop.

It seems that the single rear and front camera is going to stay on the Pixel 4 – if only to prove a point about good optics and powerful AI post-processing.

But the Pixel 4 XL will have dual front and three rear cameras. I can understand adding a second rear camera for depth – but a third? If so, it will be an ultra-wide telephoto lens – there is a limit to digital zoom.

Reports are that Google is sourcing new high capacity batteries and expects to offer 3400 and 4000mAh in the Pixel 4 and 4 XL versions. Don’t forget Wireless Qi charging and Quick Charge 4+ – all good for fast charges.

Some say that Pixel’s two-tone is a little bland. But they will stick to it, perhaps making it a simple two-tone of the one base colour. It includes a rear fingerprint sensor. There has been some criticism of the lack of premium finishes – we don’t think that is relevant to the Pixel’s design cred.

When you look at the over-the-top designs and prices of flagships you sometimes need a working man’s flagship – kind of the Toyota Camry with a V6 engine!

This is for pure Android fans, and those with no pretences – a good honest phone that does everything very well.