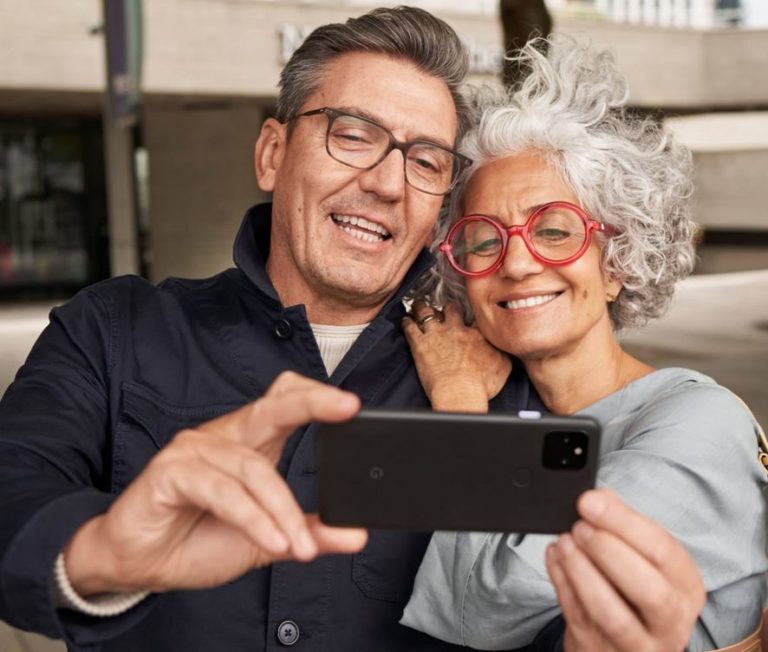 There are two schools of thought here. Those that want to buy 5G to add a little future-proofing. Or, those that realise 5G is one of the greatest marketing hoaxes perpetrated by Telcos to sell more to ill-informed customers. Hint: There is no killer app for 5G, and it is not ‘must-have’ at present.

Let’s address future-proofing. I would not bother about it. Let’s look a that in 2024 or later when your current phone dies and 5G is more ubiquitous.

And coverage. At present Australia has very limited, patchy sub-6Ghz 5G coverage (barely better than 4GX). In some so-called 5G coverage areas, you need to sit on the 5G tower to get a signal. Telstra says that its 2000 5G sites cover 41% of the population (map here), but the reality is mostly very sporadic and unreliable coverage in capital cities. So, unless you can get a strong 5G signal where you use the phone most then you are wasting money – it is just an overpriced 3 and 4G handset.

This is a review against parameters you can expect in a $799/999 device. We use FAIL, PASS and EXCEED against more than 70 test paradigms to arrive at a rating.

Do not buy models with different model numbers (G025I and GTT9Q) – they are not for Australia and cannot register on its 5G network.

We issue the standard warning that you must buy the genuine model with Australian firmware as it works on all Australian Telco carrier LTE and 5G bands and can make a 000-emergency call (not 911) without a SIM.

Google has a certain style – minimalist and well, that is about it. I have two fairly innocuous black glass slabs sitting on the testbed, and I have to keep reminding myself that the 5 is smaller than the 4a. Innocuous in a bland but utilitarian way but I kind of miss the out-there orange/white of the 3XL.

Pixel is the embodiment of Pure Android – what can you can achieve with good hardware and Google Android. It is a reference design, so no money is wasted on ‘bling’ and fancy paint jobs. And it is timeless – even the Pixel 2 launched in October 2017 gets the Android 11 upgrade.

On the back is the distinctive camera dual-camera square bump (that does not make the phone rock on the desk) and a physical fingerprint reader button. Both have a flat-screen and an O-hole camera top left.

Side-by-side the Pixel 5 has a much brighter and whiter screen. 90Hz is nice but after a week or so I went back to 60Hz for better battery life.

Nether has colour temperature so you can’t change the cool white of the 5 or the warm white of the 4a. This is a basic issue with Pure Google Android. There are no screen colour tuning settings apart from natural, boosted, and adaptive settings and these do little.

Neither screen ‘pops’ and the use of the term OLED instead of Samsung AMOLED makes me feel it is from another earlier generation, OLED supplier.

Readability – PASS but not great in direct sunlight

Other brands AMOLED screens are well ahead here for colour gamut coverage and tunability.

I think the Qualcomm SD765G is the Goldilocks SoC of the year – not too hot, not too cold, just right. It is used in the OPPO Find X2 Neo and Lite, OPPO Reno4, Nokia 8.3, LG Velvet, Motorola Edge, vivo X50 Pro 5G and many more to come.

The test results are within the ballpark for this SoC. But there is a significant difference between GIPS (billion instructions per second). The 4a is below average and the 5 above average.

Similarly, with Androbench, there are data transfer speed differences.

I can only put this down to chassis and manufacturing techniques – Vietnam versus China.

So the processor gets a PASS instead of PASS+ due to no micro-SD and reasonable performance differences from what we expect.

Lack of a micro-SD slot should be no big issue as it supposedly supports USB-C 3.1 Gen 1. We could reasonably assume that also means ALT DP (external video) and data transfer speeds to 5Gbps – 625MBps.

What that means is that you should be able to get external SSD data speeds of up to 300/200MBps sequential read/write.

Similarly, it should support ALT DP (video out over USB-C), but we could not get it to do that either.

We did some further digging on XDA Developers and found Google Pixel 4a/5 5G do not support USB-C 3.1 Gen 1 standards that the SD765G Soc is capable of.

This is a significant issue for videographers and photographers that want a fast external backup or to view images on a monitor. Google Cast is 1080p, but this may go higher with the new 4K Google TV Dongle.

If you need this then Samsung Galaxy S/Note from S8, LG G5 or later, LG V20 or later and OPPO Find and Reno support this. There is a list here.

Note that the eSIM is registered/locked to the Australian Telco 5G carriers networks. That means grey market models likely won’t be able to access 5G. Once activated here you can use the eSIM overseas.

But as far as we can test the only 5G band enabled on both is sub-6Ghz n78. While the 5 is capable of mmWave the Australian box explicitly states, “Not compatible with 5G mmWave … sub-6Ghz only. Remember what we said about future-proofing – no mmWave makes this a less desirable device.

The LTE speeds are average for the range of SD756G phones tested. We can’t reliably test 5G at present more due to the vagaries of 5G speeds from second to second.

But the design indicates relatively weak antenna signal strength, so this is a city phone only.

* Using a battery charging monitor, it shows that the Pixel 5 charges at a maximum of approx., 5V/2A taking just under 5 hours for 100% charge. We tested with a Belkin 15W QI pad capable of delivering up to 3000mA (3A) to a Samsung Galaxy S20 Ultra 5G.

60Hz screen refresh gives the best battery time for both.

Note that the Pixel 5 has an aluminium back that prevents Qi charge. Indistinguishable under the painted back is a resin plastic cutout for Qi. But that means you must accurately place it on the charging pad – if you are off even a few cms, it can reduce the charge to a few hundred mA.

Sound stage – too narrow. It is impossible to match an earpiece speaker with a down-firing one. The 4a tries, but the bottom speaker is about 5dB louder, and this skews the sound stage to the bottom. It is not wider than the phone.

The 5 is not so lucky. While under glass speakers are not new (LG has used them), they are almost impossible to match volume or frequency response to a down-firing speaker. Why? Because they assume an ear will be nearby! The result is no bass and not enough volume on the to the speaker – not good for music.

To make matters worse, there are no EQ, balance setting or any sound processing. Again, this is part of Pure Android.

Both phones are good for clear vocals – calls.

The buds provided are 3.5mm and USB-C – standard types. Bass is a little muddy, and the focus is on mids. Treble is harsh.

The two frequency response graphs show the Right speaker in Gold and Left in White. While the 4a is reasonably well-matched, the 5 is not. The top speaker is erratic, lacking tight control. And it has a very high-frequency response making sounds harsh.

Fortunately, you can listen via BT and get a clean L/R feed.

Good build quality but the 5 is well ahead on grip and IP68.

You may ask why it gets a PASS+. Well, the + is for the amazing three years of updates from Google. The PASS is because Pure Android lacks a lot of features that others build into UIs.

As a reference device, it is fine, but I have seen vastly better camera apps, more intuitive layouts, better sound controls and more screen controls in Samsung UI, OPPO ColorOS and realme UI.

Both use the same basic dual camera. Google is famous for getting the most out of its cameras by using computational photography. That means that the SD765G Soc and Arendo 615 GPU provide post-processing to a set of Google developed algorithms. Let’s see how they fare.

The camera setup differs from the 4a 4G in that the 16MP Ultra-wide replaces a telephoto. This means that there is no optical zoom – its all digital and post-processed.

Note – There are no significant differences in the shots between 4a and 5.

The selfie is an 8MP, fixed focus, F2.0 lens with a 71.1° FOV. It is not quite wide enough for group selfies. And the manufactured image looks softer than it needs to be.

Standard Bokeh is way too aggressive virtually blurring anything but the subjects face. Personally I like to see some remaining definition to identify what things are in the background.

GadgetGuy’s take – Google Pixel 4a 5G and Pixel 5 5G are fine phones, but neither is class-leading

With sincere apologies to Google – these phones are not your best work. They remind me of the old school saying – just do enough to pass!

Maybe COVID delayed your launch and let others get in first. Perhaps your devotion to ‘Pure’ hardware and Android bit you this time.

Don’t get me wrong. Google Pixel fans will love these models, and they are safe buys. It is just that they barely passed all our test paradigms and exceeded in none. And I am quite concerned that USB-C 3.1 Gen 1 standards are mot implemented. It only achieves USB-A 2.0 speeds and no external video that would have made this phone stand out in the crowd.

Both Pixels are very close in terms of specs and performance. The 5 is the pick due to a 90Hz brighter OLED screen and IP68, but the 4a hits the right price point.

But I can’t help feeling that the 5 is a little too austere for a ‘flagship’. I love the SD765G Goldilocks SoC (just right), but it does not have the grunt that we expect of an SD8XX series. Yes, I know that adds a few hundred dollars.

The $799-999 market segment is awash with new SD765G powered models. Yet due to COVID and no one having any spare cash, the segment has shrunk to less than 5% of overall sales. Its what marketers call a bloody red ocean!

And then some truly excellent 4G phones that don’t have the 5G price penalty.

A PASS mark is 4/5 to which we add points for EXCEEDING and deduct points for FAILING. On adding up our scores both PASSed but lost ground because of the USB-C 3.1 Gen 1 issues. But given it’s a Google Pixel with excellent Android updates/upgrades it claws back a point or so.

So Google lovers – don’t pillory us – realise that these are fine handsets but face a huge battle for market share in the new 5G red ocean.

(Update) We have written a review companion for the Google Pixel 5 5G here that explains why the Pixel 5 5G scored 4.1/5 and why that should not matter if you want a 5G phone.

Features
8
Value for money
7.6
Performance
8
Ease of Use
10
Design
7.6
Positives
Build quality – 5 is tops with an aluminium frame and back
Battery life – average 1+ days
Camera – good but not class-leading
Android – Pure with 3 years updates
Negatives
Display – OLED is great, but these both lack brightness and colour gamut
Camera lacks telephoto – ultra-wide is not very useful
8.2