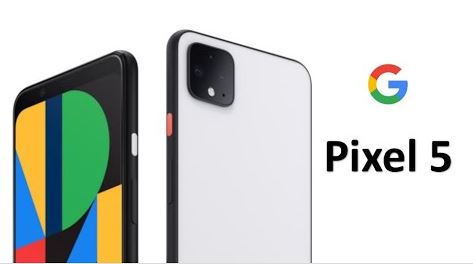 While the Google Pixel 5 release is still not due until October rumours are flying faster than the pigs past my window. It looks like, well Google will follow the well-worn, safe path again.

We must remember the Pixel 4a is is still unreleased. So, at best, we are speculating on speculation. That may pick up most of the features suggested below.

Most likely is that it will use the Qualcomm SD765 5G chipset and carry over most of the 4/XL features. PS – read our review of the 4/XL here if you want to understand the Google credos.

Google Pixel phones have had a strong familial resemblance since, well V1.0! We are not suggesting it throw the burnt ochre out with the bathwater but let’s face it – matte chalk, black and orange are not as exciting as the Pixel 5 needs to be to stir up market interest. But we do like the grippy matte surface so perhaps teal, unicorn and more colours of the rainbow.

We do know that it will look quite similar to the Pixel 3/XL with limited deviation from the square camera bump.

What we do know is that some case makers have leaked specifications, e.g. size and camera cut-outs, so the speculation is a tri-camera – 16MP OIS primary (not binned), 12mp ultra-wide and depth. Google will once again prove less is more in terms of camera sensors and its use of AI. And frankly, the Pixel 4 XL is still my go-to for camera reference shots, and it is seldom left wanting.

It may adopt a front fill flash to aid Project Soli and for better selfies.

The screens will be 5.8 and 6.1”. No reason to change the winning (Samsung sourced) AMOLED formula but its time for a 90 or 120Hz variant. Google will likely remain at 20:9, 2400×1080 to maximise battery life. Google will continue to use its Project Soli radar chip.

Apart from the hidden earpiece speaker, the case render looks like it has dual bottom-firing speakers as well. Now, I am not sure why this would be the case as stereo/Dolby Atmos needs separation for a wide sound stage.

I have always said that a physical sensor on the back of the case is the best place, and it looks like Google now agrees after dropping it for unreliable face recognition.

But what will be the ‘Je ne sais quoi’ defining moment?

It is hard to innovate in a Qualcomm glass slab. One, the processors are all good and similar performers and two, the OS is pure Google Android 11. Which the serious competition all use anyway (well, except for Huawei).

I hear that the difference may be in Google’s tight integration with Google Assistant and something to do with presence detection and greater utility in the smart home. In other words, customising OK Google to where you are and what you do.

And that could be the killer app – making the Pixel 5 the real front entrance to the world of Google.