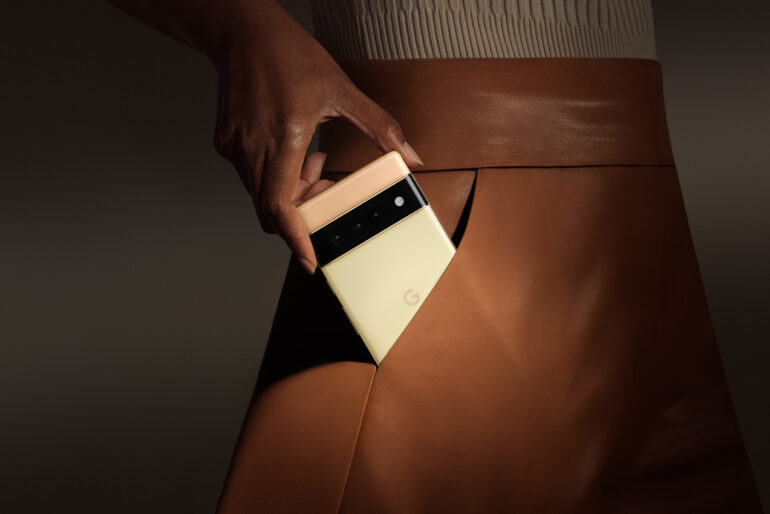 After years of meandering, Google is finally getting serious about smartphones with the release of the Pixel 6 and the 6 Pro. Unlike previous efforts, the Pixel 6 series are flagship smartphones backed by strong marketing and distribution. In Australia, all three of the major networks are selling them.

Much like what the Pixel 3a did to improve the standard of cameras in the midrange, the Pixel 6 series has much higher aspirations, looking to match or exceed the top end competition in every department, while costing considerably less.

After spending more than a month with both devices, I can confidently say that the Pixel 6 series might just be the most important smartphones released in years. Here’s why.

Prices start at $999 and $1299 for the Pixel 6 and 6 Pro respectively. In a time when flagship smartphones are encroaching on the $2,000 mark, the Pixel 6 series sets an important change in direction. Its lower price will resonate with consumers and, more importantly, have a knock-on effect for the rest of the industry.

Google didn’t skimp on the hardware to get there either. Irrespective of whether you go with the entry level Pixel 6 or the slightly more expensive Pixel 6 Pro, you still get polished metal frames and glossy glass back designs that feel premium as well as an IP68 rating and powerful Tensor chipset.

The benchmark for what consumers should expect for a $1,000 phone has been set and Android makers will be forced to compete more sharply on price as a result.

Apple is the only company that controls both the hardware and operating system of its smartphones. The tight integration between these two pillars has been an instrumental advantage for Apple’s devices, and it’s only going to grow in importance. At the silicon level, Apple’s custom designed A series chips have been powering every iPhone for the past decade, allowing it to leap ahead of the Android smartphone competition when it comes to performance. This also enables unique features such as a 3D-based Face Unlock system.

With the Pixel 6 series, Google has ditched Qualcomm’s Snapdragon SoC (System on a Chip) in favour of its own Tensor mobile processor, giving the company iPhone-levels of control over its hardware. And since Google makes the Android operating system, it now has total control over both hardware and software.

Google’s Tensor brings exciting features and improvements to the Pixel 6 that you won’t find on any other smartphone. Much of this is thanks to its artificial intelligence (AI) and image processing capabilities.

For example, the Pixel 6 series offers the fastest and most accurate speech recognition to the point that I’ve found myself using speech-to-text for sending messages and relying on Google Assistant far more. My favourite trick is Live Translate, which translates on the fly in any chat application. This includes Messages and What’s App, making it easier to communicate with my contacts in their native languages. Live Translate also works on videos, with the translated text overlaid in captions as the content is played. Since these features take place on the chip, they work without an internet connection and consume less battery.

On the photo side, ‘Magic Eraser’ has already helped me salvage dozens of otherwise perfectly good family photos, removing unwanted distractions such as strangers in the background or power lines, with just a few taps.

The AI chops of the phone means it only gets better with time as it learns how you like to use the handset and optimises accordingly, which is something I’ve noticed in particular with the battery life and camera quality.

The future of smartphones is bespoke hardware of this kind, designed from the ground up to make new software features possible. Up until the Pixel 6 series, almost every flagship Android smartphone used Qualcomm’s Snapdragon chips, making it incredibly hard for smartphone makers to stand apart with unique features and performance. However, Google’s decision to go with its own in-house designed Tensor chipset has had an immediate impact on other Android smartphone makers such as Oppo, which is also reportedly developing its own high-end chips for flagship smartphones.

It’s safe to say that Android smartphone makers have dropped the ball when it comes to software support. The norm has long been two years of updates – and that’s it. However, Google’s decision to support previous Pixel devices with three years’ of support, including both major Android versions and timely security updates, puts pressure on other smartphone makers to do better. Companies like Samsung and Oppo recently followed suit with three years of major updates and an additional year of vital security support.

Now, with the Pixel 6 series, Google is upping the ante further by offering a minimum of five years of software support. This means the handsets will see Android 15 and security updates well into 2026. While the Pixel still trails Apple, which recently updated the six year-old iPhone 6s to the latest version of iOS, it crucially puts much needed pressure on other smartphone makers to do the same.

Android experience without the bloatware

Google creates, manages, and updates Android every single year. But most Android users never actually see Android in its purest form. Google licenses Android to its hardware partners – Samsung, Oppo, OnePlus, Nokia, etc. and these manufacturers “skin” Android with their own interface. This is why, for instance, Samsung phones seem different from using a OnePlus phone. This can lead to some useful software features, but it also introduces manufacturer bloatware such as proprietary applications, services and even ads that hinder the user experience.

Like the Nexus before it, Google’s Pixel represents the company’s vision for the optimal Android user experience. This means a close to stock version devoid of bloatware as well as software upgrades and security updates the moment they are available.

The problem was that previous Pixels used mid-range hardware and were outshined by performing competitors. With the Pixel 6 series, Google is finally going all in with both hardware and software, and it shows.

In Android 12 for example, Google brings to the table the biggest visual redesign to the platform in years with a new interface the company calls ‘Material You’. It replaces the rather utilitarian aesthetics of prior versions with a more alive, colourful and, dare I say it, fun to use interface.

The Pixel 6 series makes a statement about what the idealised Android experience should be. In the process, it raises expectations of Android as whole by offering a better experience than most of its rivals. Raising the bar means that others will inevitably need to follow suit, or risk being left behind. And this is good news for all of us.

Which Google Pixel model is right for you?