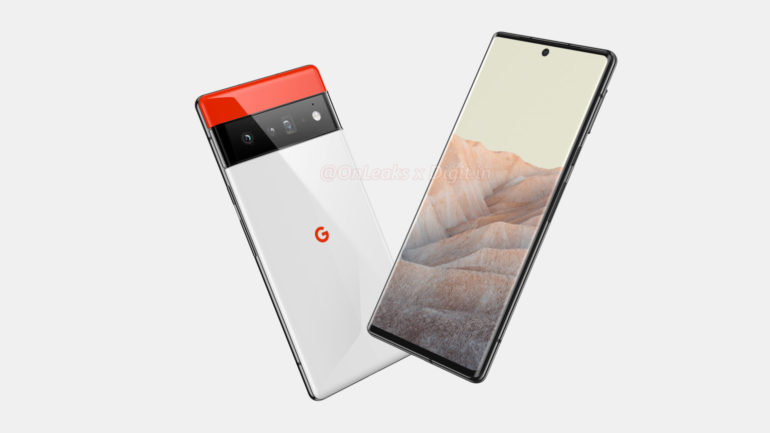 A major camera overhaul is coming to Google’s flagship smartphones, judging by the latest Pixel 6 leak. The leaks continue to flow as we wait for Google to officially unveil the successors to last year’s Pixel 4a and Pixel 5. Frustratingly, Australians will be denied the Pixel 5a. After rumours of its cancellation, Google has confirmed the smartphone is only coming to the US and Japan. The reason? Global chip shortages.

For its next Pixel release, the tech giant will stick with the strategy of producing multiple models. One likely change is ditching the “XL” moniker for its larger models in favour of “Pro”.

The Pixel 6 and Pixel 6 Pro should release in October. That’s based on the release schedule of previous Pixel models. Of course with the pandemic anything is possible. Last year’s Pixel 5 launch was at the end of September.

The Pixel 6 and Pixel 6 Pro should have 6.4 and 6.71-inch displays. That’s a .3-inch step up on their predecessors. The improvement is mostly thanks to a super-thin bezel around the 6’s AMOLED screen and the 6 Pro’s plastic OLED screen.

Google has long lagged behind competitors when it comes to adding extra lenses to its Pixel smartphones. It didn’t even add a second camera until 2019’s Pixel 4. Instead, it prefers to rely more on software image processing.

The Pixel 6’s 50-megapixel wide camera lens is its biggest ever jump in camera quality. It will sit alongside a 12-megapixel ultra-wide rear lens.

The Pixel 6 Pro may break new ground by adding a third rear lens. A 48-megapixel telephoto lens for long-distance will see the Pixel range stack up more favourably alongside rivals from the likes of Samsung and Apple.

On the front, the Pixel 6 and Pixel 6 Pro may have 8 and 12-megapixel selfie cameras.

These renders come from reliable leaker Steve Hemmerstoffer, giving an impression of how the phones might look.

They’re 5G handsets, as expected, and finally take the step up to Wi-Fi 6.

The most interesting Pixel 6 leak is talk of Google abandoning Qualcomm’s Snapdragon processors in favour of its own GS101 “Whitechapel” chips. It’s reportedly part of Google’s plan to create its own systems on chip (SoCs) for Pixel smartphones and Chromebooks, similar to the Apple Silicon strategy for iOS devices and Macs.

Google is said to be developing Whitechapel with Samsung, whose Exynos chips rival Snapdragon processors in the Android market.

What more do we want from the Pixel 6 leak? The Pixel 6 leak shows that Google is looking to rectify some of the key areas where its smartphones have lagged behind rivals. The camera was certainly the weakest aspect of the Pixel range.