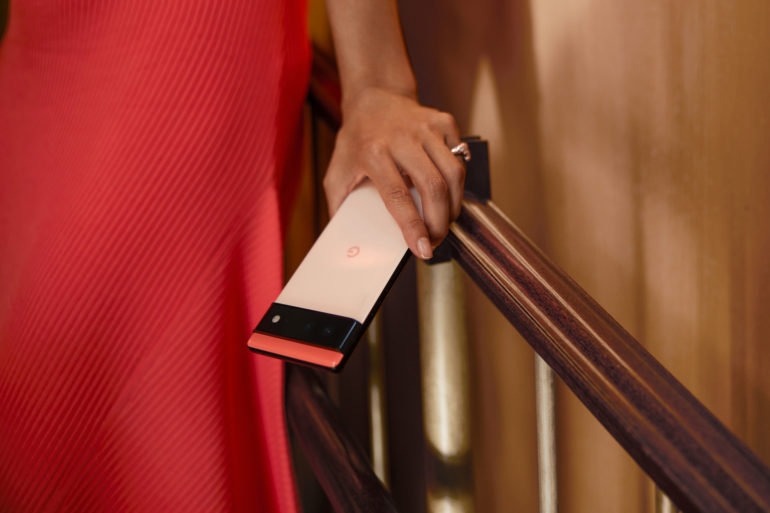 Having spent nearly two weeks poking, prodding, and testing the Google Pixel 6/Pro, I know their strengths and weaknesses all too well. Strengths – heaps. Weaknesses – power users may find them deal-breakers.

Both phones are, on the whole, great examples’ of 2021 technology, but none of the tech is class-leading. If it were, you would be paying much more. Samsung’s early 2021 Galaxy S21 Ultra and OPPO’s Find X3 Pro outclass it – in some cases by quite a margin. Yes, these cost more too.

The Pixel 6/Pro are well-matched to Android 12

The key message is that Android 12 is coming very soon to other flagships like Samsung and OPPO. Apart from Google’s Camera app (Samsung and OPPO use their apps), all Android 12 features in some form will be on them too.

Google is on the right path in co-designing the Tensor System-on-a-Chip with Samsung. It needed something to differentiate it from Qualcomm, Exynos and MediaTek. The Tensor Mark 1 is a fine chip, and the 20-core Mali G78 should beat Samsung’s 14-core. But significant CPU throttling is a problem that needs solving now.

Being unable to run simple GeekBench 5 Open CL and Vulkan benchmarks is wrong (all phones to date have run these tests), And it won’t complete the GFX Benchmark Manhattan test either. Odd, or does the chip hide the results by design?

Early GeekBench 5 CPU benchmarks place it behind the Qualcomm SD888 and Exynos 2100. Both Pixels will be sold well into 2022. By early next year, there will be new models using Qualcomm’ s SD895/898 and Samsung’s Exynos 2200 – faster and at the same price.

Let’s not forget that unless you buy Google’s 30W charger and Stand 2 you won’t get maximum charge speeds.

4 and 5G signal strength is not great

Google’s use of a Samsung 2.5 generation 5123 modem and choice of its RF antenna system limits its effectiveness as a 4/5G phone to major cities and suburbs where you can get good coverage. Being only able to find the closest tower means a lot less appeal as a 4 or 5G handset. On the other hand, Qualcomm’s SD888 uses the third generation X60 modem (as we have seen, the OPPO Find X3 Pro), finds four towers and is significantly faster. And 2022 SoCs like the SD8985/899 will have the fourth generation X65 modem.

External storage is an issue

We know Google eschews microSD (as do other flagships) and insists you use its photo cloud and Google Drive. But, 128GB RAM (standard) is too low. At this time, you can’t mount an external SSD or Flash to act as a live drive. OPPOs Find X3 has 256GB and a proper mountable USB-C 3.1 Gen 1 implementation so you can record 4K to the drive.

And the Pixel 6/Pro USB-C 3.1 Gen 1 is not fully implemented. It does not support ALT DP for external screen casting over USB-C to HDMI.

No, Pixels are not bad phones, but I hope firmware updates cure these issues so we can give them an unreserved recommendation and review the score upwards – because they have the potential to be class-leading.

Should you buy the Pixel 6/Pro?

Both are almost identical in performance, so the cheaper Pixel 6 is a sweet spot. It has no downsides to the Pixel 6 Pro. The 6 Pro offers a little more, none of which are compelling reasons to spend $300 more.

If you are a power user, videographer, vlogger, or gamer – no. There are better phones like the OPPO Find X3 Pro or dedicated gaming phones that will do the job better.

There is a lot to think about, and we will continue to update the Google Pixel 6 and 6 Pro comprehensive review as Google addresses these issues.  Perhaps the best advice is to wait a while.