Google Pixel 6 versus Apple iPhone 13 – which is best for you? 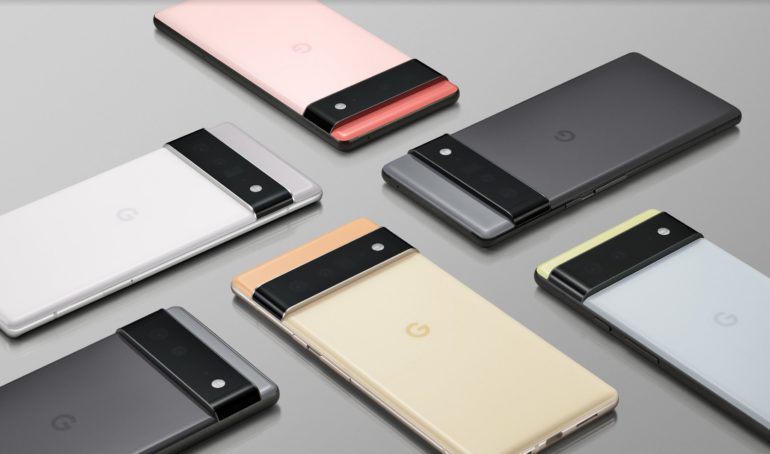 So, you want to buy a new phone. The new Google Pixel 6 or 6 Pro with Android 12 or the relatively new iPhone 13 and iOS 15 may tempt you. We asked Val Quinn, GadgetGuy’s Apple expert, for comment.

The Pixel 6 (product page) looks impressive in terms of its Google design ques, features and new hardware. It will undoubtedly perform well and keep its owners happy. Compared to Apple’s recently launched iPhone 13, there are many similarities and a few key differences. This isn’t an exhaustive list, just some of the important things that may help you decide between the two camps.

First, it’s great to see that Google designs its Tensor system on a chip, just as Apple has its A15 Bionic. This gives phone manufacturers much more control over their phones in terms of performance and battery life. Both chips are heavily slanted towards machine learning, which sits at the heart of computational photography, image and voice recognition – and more.

Camera capabililites may sway you

The iPhone’s telephoto lens can reach a 15x combined zoom with a 6x optical range, while the Pixel’s rear camera uses a periscope system. This is a 4x optical zoom but can reach 20 x when combining both digital and optical.

Both provide many features for customising your photos. The iPhone’s 13’s new addition being photo ‘styles’ that enhance your shots. The Pixel, on the other hand, is a bit more exciting with the new Magic Eraser, which seems quite handy, assuming it works as intended.

On the other hand, the iPhone 13 has a Macro Mode for getting right up close (2cm) to flowers, insects or other little things. The Pixel 6 does not have a Macro Mode, although you can shoot quite close up.

When it comes to shooting videos, the standout is the iPhone 13 – the new Cinematic Mode allows you to capture videos with soft, out of focus backgrounds, just like the pros. This includes the ability to ‘rack focus’ or even motion track different faces or objects in the same scene. While not perfect, no other phone can match this, including the new Pixel 6 or 6 Pro.

Then there is battery life

Also new on the iPhone 13 is extended battery life, ranging from 1.5 to 2.5 hours more than its iPhone 12 equivalents. While hard to compare until we test them, the Pixel 6’s huge 5000 mAh battery and 30W charger should also provide it with decent battery life and fast charge.

In terms of the operating system, both camps create their customised software to make the most of the hardware. There’s iOS 15 on iPhone and Android 12 on the Pixel. Both offer unique features not found on the other. There are many differences. For example, you can select, cut, and paste text right from your photos on iPhones, while the latest Android version has Google’s impressively integrated translate feature.

All up, which you choose will depend on the features that matter most to you; however, they are both great examples of the latest in cutting edge mobile technology. Perhaps a fairer question is how they stack up to other Android competitors, and we will only know that after our review.

More GadgetGuy news and reviews for Google and Apple iPhone 13.