Google Pixel Buds 2020 – as good as a earphone can get 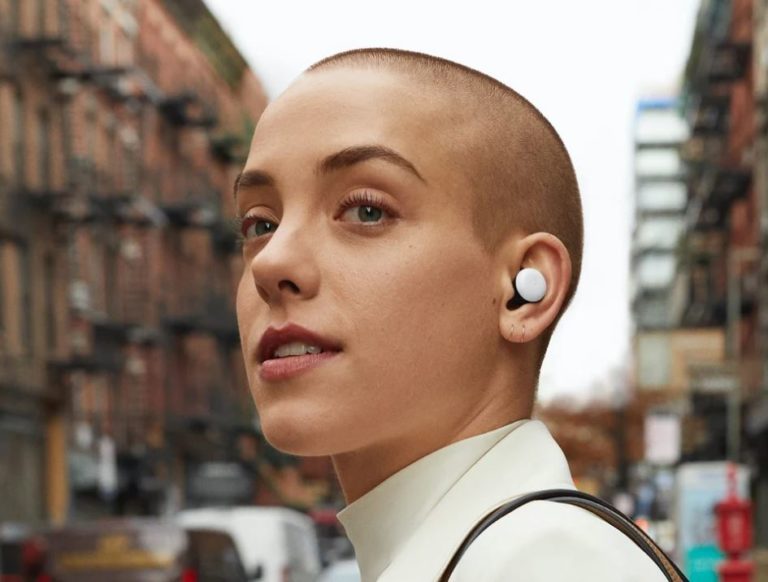 Google says life sounds amazing with its new Google Pixel Buds 2020. To me, they are as good as I can expect from a pair of $279 buds – and that is quite a lot.

Why? Because there are a lot of buds out there apart from Google Pixel Buds 2020. Samsung Galaxy Buds+, Apple AirPod, PowerBeats Pro, JBL, Audio-Technica, Sennheiser Momentum, Sony, Bose, Plantronics, Jabra 85t, Jaybird, Blueant, 3SIXT, Skullcandy, Creative, Vissler, Noble Falcon, xFryo and even the Rock (Dwayne) had a go. That is only a small selection of buds – sorry earphones – we (Thomas Bartlett and I) have reviewed over the past 12 months.

So, Google Pixel Buds 2020 need to offer more than the plethora. Let’s see.

Can you trust Google? Our analysis shows Americans trust Google over their Government. Well, some Americans trust almost anyone over their Government! On the whole, Google has a ‘closed’ loop. The data it collects from search and Google devices stays with Google. It uses data to sell advertising (its main source of revenue) – never sold to third parties. On that basis – yes Google is safe.

This review is after two days of almost 12-hours daily use. Let’s just say that is longer than I have ever had anything in my ears for well, ever. And it is because these weigh a minuscule 5.3g each. I usually prefer over-the-ear, noise-cancelling headphones for my quiet time.

Point one – get the right fit from the small, medium, or large silicone tips, and you should be happy as they are very comfortable. And they don’t stick out of your ear as far as most do. I would put them on a par with the Samsung Galaxy Bids+ and Jabra Elite 75t for comfort.

They come in a rather cute pillbox (Google calls it a river stone), wireless/USB-C charge case that automatically found my Samsung Galaxy S20 Ultra and Gmail account, downloaded the app and we were away. I guess that is the benefit of being in the Google Android stable.

Point two – wireless charging is not a luxury – it should be mandatory so, thanks Google.

And sound. I love the Blues Brothers, Manhattan Transfer and the Beachboys (sexagenarian tastes). I have also lost a much of the top-end hearing frequency response (above about 6kHz) – so I look for buds to have a good upper mid-range response (clear dialogue) as well as the necessary amount of bass for the Blues Brothers (from 100Hz is fine).

Point three: These have 12mm drivers (oversized) and more than meet my needs. As we cannot measure the frequency response of in-ear buds, it is a subjective test. In a comfort sense, they are also vented to reduce in-ear pressure and let some external sound in.

Out of the box, it is dead easy for Android (iOS not tested) as it does everything for you. I suspect that is partly to do with BT 5.0, and Google develops Android as well.

Windows setup is easy. Put the buds back in the case, and press/hold the case button for three seconds to enter BT pairing mode. These show up as a headset A2DP stereo device and use the 16-bit, 44.1Hz SBC codec. It also supports Windows Sonic effects and Dolby Atmos for faux 3D sound.

I expect macOS will be similar to Windows, and there is no app iOS/iPad OS – it is just a BT device.

Fail – once paired to a Windows device I had to unpair and repair (from scratch) to the Android device.

One thing – because they are true wireless (BT signal to both buds) you can use one (either) bud in mono.

In the absence of ANC, Google has adaptive sound, although I can’t tell any difference if it is on or off. In theory, it adjusts the volume based on external noise levels.

But it does provide reasonable noise isolation anyway, so I kind of get it – I just wish it was more noticeable.

In-ear means that the sound stage is inside your head. Better buds give you a feeling of sound coming from further afield. Sennheiser and Bose lead here, but they are significantly more expensive. The Google Pixel Buds 2020 gives a sound stage about equal to where your ears are. It is just wide enough that you can hear stereo sounds and get a little directionality of sounds.

Being a leftie, I am wrapt that the touch controls work on both sides. The touch is quite good  with very few false touches.

There are dual beamforming mics on each bud that are very effective. Also, you can hear your voice in the buds, so you don’t shout too much. Callers commented on the clear voice.

For everything else, there is no voice assistance. You can’t invoke the god of Siri by any means, and Google does not talk to *&^* Alexa.

Google claims five hours, and in my tests, it exceeded that. The case extends that by 19 hours to a total of 24.

Recharge times were good – 10 minutes for two hours and about half an hour for a full bud charge. The case takes about four hours on 10W Qi – USB-C not tested but would be faster.

IPX4 means not tested for dust ingress, and 4 means water splashing against the enclosure from any direction for ten minutes will have no harmful effect. In other words, sweat and rain resistant. We did not test this, but if you accidentally get into the shower (as they are so comfortable you forget they are there), you won’t kill them.

Realtime translation could be useful when travelling. It uses the Google translate feature on your phone, so that means some languages are available offline. But I can’t help feel using the phone alone would be just as good.

Find my device is also handy for forgetful types, and automatic wear detection is cute.

GadgetGuy’s take – Google Pixel Buds 2020 do it for me

I started this review by referring to the plethora, nay tsunami of buds we have reviewed. All do a decent job, so where do they stand out?

Samsung Galaxy Buds+, for example, has 11 hours battery life and mostly match Google Pixel Buds 2020 feature for feature. Jabra 85t is one of the best sounding on the lot. Sennheiser and Sony are superb but expensive.

I think the USP is the close integration with Google Android and Assistant, and that can be handy. And I like that I can use one bud to keep me appraised of Google things while working. Yes, it’s the closest to a Google neural implant that you will see for some time.

Would I buy them? Well, I am glad that I have reviewed them as well as some of the other premium buds. Short answer – If you are an Android user, they meet or exceed all you will need, and so you can’t go wrong.

Rating them is a little harder.

They rate in the early-mid 4s against some tough audio quality competition that rates in the mid-high 4s. Still, anything over 4 is pretty good.

Features
8.6
Value for money
8.6
Performance
8.6
Ease of Use
9
Design
9
Positives
Very comfortable - good for long term use
Touch controls work well on either ear
Auto pairing and close Android integration
Audio is as good as it gets for this class of bud
Reasonable noise isolation
Negatives
No EQ but the natural sound is pretty good
SBC and AAC only – not aptX or other codecs
Not ANC (but not claimed to be anyway)
Wingtips effective but not replaceable
8.8