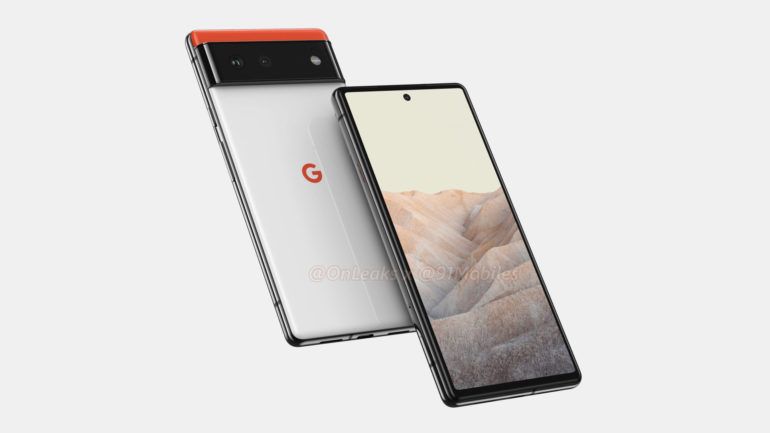 Pushing the limits of artificial intelligence and machine learning on mobile devices, the Google Tensor chip is coming to flagship Pixel 6 and 6 Pro smartphones.

Google’s Pixel smartphones have always leaned heavily on the tech giant’s expertise in AI and ML. For example, other smartphone makers add extra camera lenses to improve night vision. Or to create effects such as Bokeh – blurring the background in portraits. Meanwhile, Pixel handsets have performed these tricks in software using Google’s AI and ML smarts.

With the upcoming Pixel 6 and 6 Pro smartphones, Google’s AI and ML ambitions are pushing the limits of Qualcomm’s Snapdragon processors as used in the Pixel 5, according to Rick Osterloh – Google’s senior vice president of devices & services.

As rumoured, Google has confirmed that it is moving away from using third-party chips in favour of designing its own Tensor System on a Chip (SoC). The Google Tensor chip will first appear in the Pixel 6 and 6 Pro smartphones launching later this year.

AI is the future of our innovation work, but the problem is we’ve run into computing limitations that prevented us from fully pursuing our mission. Tensor was built for how people use their phones today and how people will use them in the future. As more and more features are powered by AI and ML it’s not simply about adding more computing resources, it’s about using that ML to unlock specific experiences for our Pixel users

As such, Google Tensor chips are likely to share some DNA with Samsung’s own ARM Exynos chips. Samsung favours Exynos chips over Qualcomm’s Snapdragon chips in its high-end Galaxy devices.

Google first unveiled its Tensor Processing Unit back in 2016. The tech giant uses these custom chips in its data centres to handle neural network machine learning.

The move from Google comes as rival Apple also shifts to its own ‘Apple Silicon’ chips. They power Apple’s high-end iOS mobile devices and MacBooks. Similarly, Google will likely bring Tensor chips to its range of Pixelbook notebooks.

This will give the Pixel range a shot in the arm. Yet performance alone will not help Pixel smartphones gain ground on Samsung. Samsung’s own Exynos chips and other rival ARM chips will continue to pack more grunt under the bonnet over time.

Google’s Android operating system runs on the majority of the world’s smartphones. Even so, some advanced AI and ML features such as image processing have always been limited to Google’s own Pixel devices.

With the move to a custom Google Tensor chip, Google can do more with the Pixel range to help it stand out from the crowd.

More AI-based features are coming to Android 12, but you can be sure Google will reserve a few for the Pixels. Will they be enough to turn heads? We won’t know until we get our hands on the Pixel 6 and 6 Pro.