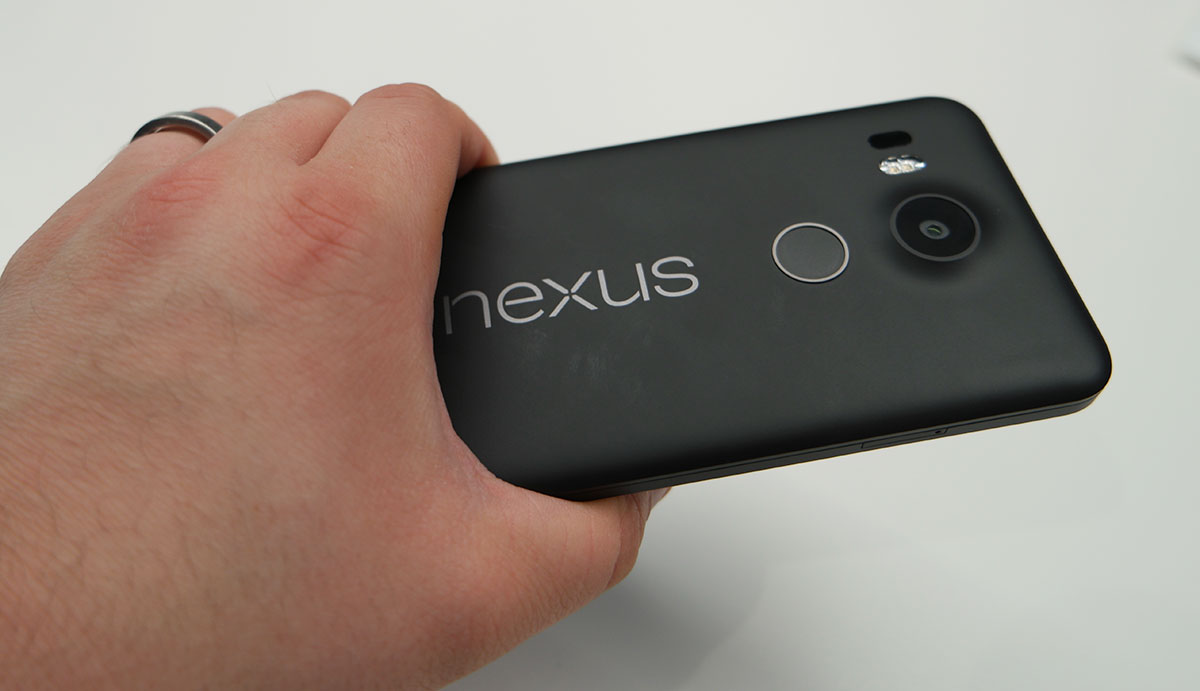 There was a time when Google’s own devices were designed to bring in new customers not terribly familiar with Android, employing sub-$500 prices to get people on board. Not so anymore.

These days, Google isn’t working with the $399 price tags Australians used to see on the Nexus 5 smartphone, and with the company telling us that over 1.4 billion Android activations have been made, it’s probably a safe assumption that most people know what Android is.

As such, it may not need to grab attention with those sorts of budget devices, and given that our Aussie dollar has taken a bit of a beating in recent months, that may be another factor.

Regardless, two new Nexus devices are now on their way to Australians, arriving not just through Google’s online store, but via Aussie telcos and retailers, and based on what we’re seeing, the move isn’t just designed to bring people to Android, but make the operating system indispensable in their daily lives.

The new Nexus phones start with a follow-up to that original $399 phone, the Nexus 5, with its successor arriving in the form of the Nexus 5X.

It’s been nearly two years since Google really updated things between these devices, but the search and smartphone giant is sticking with LG for crafting the phone, and in many ways, what you’re getting in the 5X is a 2015-centric edition of the 2013 Nexus 5.

As such, you’ll find a newly updated processor, with the six-core Snapdragon 808 appearing just like it did in LG’s G4 earlier in the year, accompanied by 2GB RAM, either 16 or 32GB storage, and enough connection options to keep you happy for the next few years, with 802.11ac WiFi, Bluetooth 4.2, Near-Field Communication, GPS with GLONASS, Category 6 4G rated all the way up to 300Mbps downloads, and something new at the bottom of the handset: USB Type C.

Yes, you can forget about that microUSB port smartphones have had for yonks, because the next generation of smartphones, tablets, and even laptop computers will get their power and high-speed data transfers on via USB Type C, a reversible port format that even Apple is using for Thunderbolt 3.

One port design is what “standards” are about, and with Type C at the bottom of a new phone, you’ll be able to get USB 3.1 speeds when plugged into compatible ports, not to mention faster mobile phone charging, which is no doubt part of the move to Type C.

Cameras are also a big deal here, and as such you’ll find a 12.3 megapixel sensor on the back employing a sensor with larger pixels to bring in more light, handy when there isn’t much to deal with. Up front, the selfie camera can deal with 5 megapixel versions of yourself, and there will be some added bonuses like being able to capture animated GIFs from either camera easily.

A Full HD 5.2 inch screen finishes this design, protected by Corning’s scratch-resistant Gorilla Glass 3, while plastic makes up the body, which also features a fingerprint sensor on the back.

In the hands, it’s easy to see why Google sees the 5X as the replacement for the Nexus 5, and that’s because it feels like a 2015 reincarnation of that excellent phone, with a soft plastic finish and a comfortable 5 inch design that doesn’t feel too big or too small.

We’re curious to get our hands and digits on that fingerprint sensor, and early reports are that it’s very quick, but we do have reservations about the small storage size, and with only 16 and 32GB options — and the 16GB model starting at $659 with no microSD card slot to boost things — we’re wondering why the bar has been set so high, at least from a price point of view.

That’s not the only phone that will try and tempt you, and if you don’t mind looking a little higher on the price scale, Google has something in the Nexus 6P.

This appears to be the real flagship, per se, with Huawei taking the build of this one and getting access to that same 12 megapixel camera and connection options — USB Type C included! — but upping the specs all round.

For instance, you can forget about the 5.2 inch Full HD display with Corning Gorilla Gass 3 on the 5X, because the Nexus 6P trumps it with a 5.5 inch Quad HD (2560×1440) AMOLED display protected by the even-more-scratch-resistant Gorilla Glass 4.

And that’s just one of the upgrades.

The processor gets a bump from the six-core Snapdragon 808 to the second revision of the eight-core Snapdragon 810, a corrected version of the 810 processor from earlier in the year that got a little too hot for the HTC One M9 and has therefore been tweaked so it, you know, doesn’t anymore.

The rear camera may still be the same 12 megapixel low-light friendly shooter as the Nexus 5X gets, but up front, 6P owners will see an 8 megapixel selfie camera instead of a 5 megapixel module.

And the casing changes, too, jumping from the plastic of the 5X to aeronautical grade aluminium on the 6P, as does the battery, which sees a jump (no doubt to the larger screen size) from 2700mAh in the 5X to 3450mAh in the 6P.

Finally, there’s also more storage to be had on what is clearly Google’s flagship, the 6P, with choices of either 32, 64, or 128GB.

In the hands with a quick play, it feels like Google and Huawei are together pitching for the iPhone 6S Plus crowd with this one, and not just because of the identical screen size. Rather, the solid metal build exudes a sense of strength not every large phone delivers, and while the 178 gram device isn’t particularly light on the scale, it feels quite well balanced all the same.

Both phones get a fingerprint reader on the back, and both phones rely on the latest version of Android, version 6.0 also known as “Marshmallow”, and will be the first handsets to get the operating system in the country, likely followed shortly after by LG’s G4, which LG has sent word will be getting an update to in November.

We could tell you about the security levels Android 6.0 has been boosted with, and how you can control what permissions various apps have if you feel like getting into the nitty gritty of things, increase the battery life, integrate the fingerprint technology into more than just unlocking a phone, or even how you can uninstall even some of Google’s apps if you deem them unnecessary, but these don’t grab regular people.

Rather, what piqued our attention in playing with Android 6.0 yesterday was how Google was trying to make its Google Now virtual assistant more conversational, and so you didn’t have to repeat yourself when you were asking it questions.

For instance, we’ve asked Siri questions and just had Apple’s mobile secretary just point us to a mobile search, which is what we expected even if it’s not what we wanted.

This is what Google calls a “contextual” search, and according to how it has developed Android 6.0, it’s a big part of what’s new.

What’s also new is “Now on Tap”, a rather curious take on how search and the need to permanently look up information has infiltrated our lives that’ll likely have those obsessed with tin foil hats running for the strongest aluminium roll they can find.

Now on Tap takes the power of that Google assistant and essentially looks for keywords in what you’re doing on screen at the time, researching these elements for you when you decide you want to load them.

Let’s say a colleague messages you to meet him at Opera Bar and you have no idea where that is. By holding down the home button in Android 6.0, Now on Tap kicks in and offers up a few Google Now-inspired cards on top of what you’re doing, revealing directions and information for various items the operating system has picked up that you might be talking about.

You’re not leaving the message, however, and are just sitting on top, allowing you to look up quickly what you wanted to possibly find, and then get right back into the message, keeping your attention focused.

Google’s Shane Treeves pointed out that he had tried to capture a photo of a quokka recently, and Android 6.0 had actually already indexed the image with “quokka”, allowing him to find the photo when he search his phone, but it goes deeper than identifying a cute small furry animal.

When you go traveling, the GPS information from your phone will help Google tag the photo so you an find it later, while taking a photo of a major landmark will allow Google Photos to identify it, tag it, and then let you find it in your photos later on.

“At Google, our mission is to always use technology to help solve problems,” said Venkat Rapaka, Director of Product Management for Android and Chrome at Google.

“For us at Google, we don’t build for the few; we build for everyone.”

From the sounds of things, this operating system is about as built for everyone as it gets, though we’re sure, in time, Google will find ways of improving this more so.

For now, however, you’ll find Android 6.0 on the two Nexus devices which will be hitting stores and online from next week, while the update to Android 6.0 “Marshmallow” will be coming to other recent Android devices within the next six months or so.

If you are keen for them, you’ll find the LG-made Nexus 5X on its way to stores shortly, starting at $659 for the 16GB or $739 for the 32GB, with Telstra also receiving the phone on plan.

Google’s Huawei-made Nexus 6P will also arrive in stores on the same day (November 3) in more options, however, starting at $899 for the 32GB version, and fetching $999 for 64GB or $1099 for the 128GB variant, while both Vodafone and Optus will feature the Nexus 6P on plans.