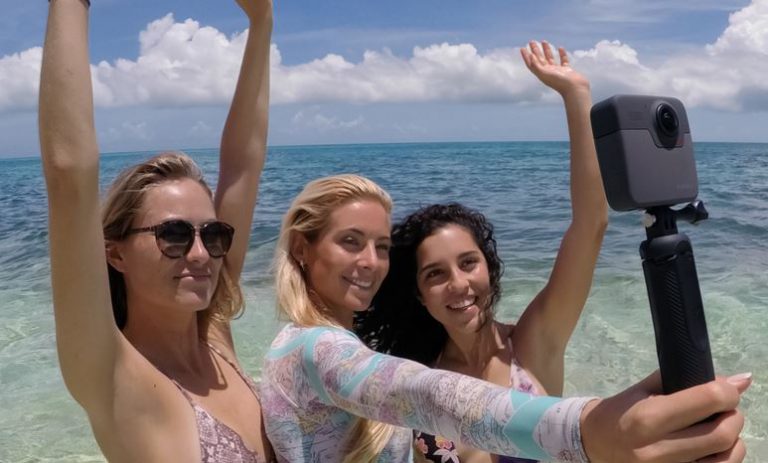 It has a dual 180° lens – back and front – that seamlessly stitches together the views and spatial sound.

When paired with the GoPro App, Fusion becomes an end-to-end solution going from capture to edit and share. The app enables users to control the Fusion camera, live preview shots, and stitch, trim and share content right from an iOS device. Support for Android devices is coming soon.

With the new Mobile OverCapture feature, the GoPro App takes the storytelling experience to the next level, allowing users to re-frame and save traditional fixed-perspective 16:9. 1080p, 2D videos “punched out” from the large 360-degree video. In other words convert to a video anyone can view without a VR headset.